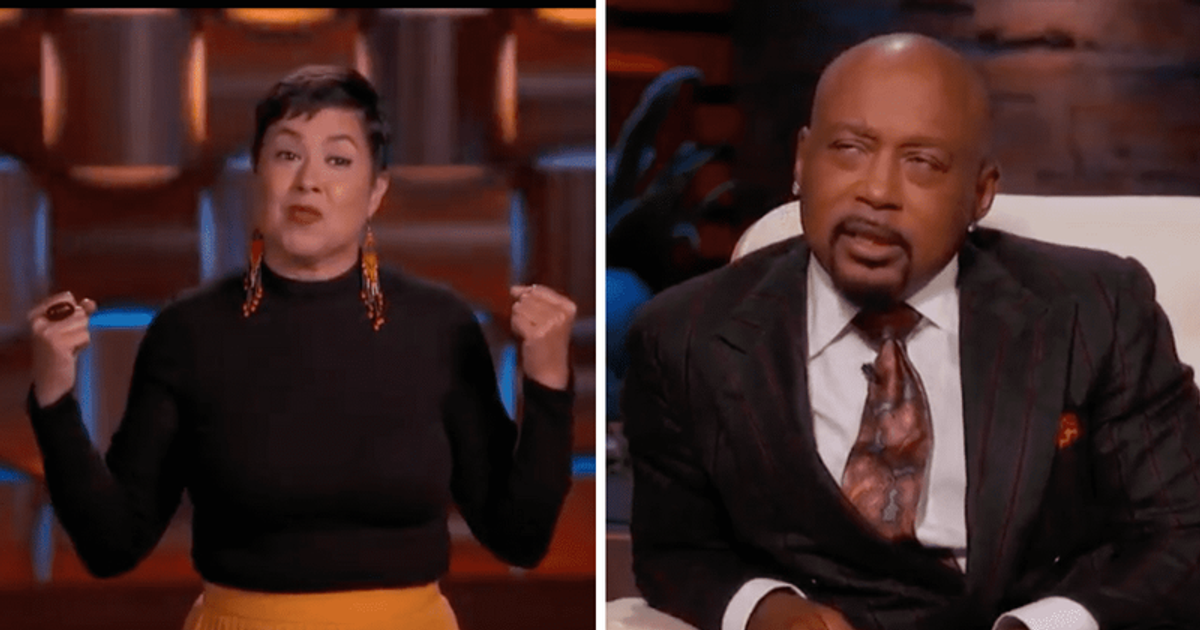 LOS ANGELES, CALIFORNIA: For most entrepreneurs who step foot in Shark Tank, the ultimate goal is bagging a deal from a shark. So when Nopalera founder Sandra Velasquez managed to get offers from not one, but two sharks, but in the end decided to turn down both offers and leave the tank without a deal, while also managing to annoy Daymond John, was the a result very captivating watch.

Sandra got in the tank and sought a $300,000 investment for a 5% stake in her skincare brand, which was valued at $6 million. After wowing the Sharks with her unique backstory of how she used her Mexican heritage to create eco-friendly yet effective skincare, Sandra was ready to hit the numbers and do business with the Sharks. Unfortunately, while Sandra impressed the Sharks with her impressive profit and sales margins and marketing strategies, her decision not to back down from her original offer cost her a deal from not one, but two Sharks – Kevin O’Leary and guest shark Daniel Lubetzky. After listening to Sandra’s backstory about wanting financial independence, Daniel initially decided to sit on the deal as he felt the offer he was going to make her would defeat her purpose. But Kevin wasn’t ready to miss out on a lucrative business opportunity, so he immediately decided to make his infamous “Sharky” offer by asking for 30% equity instead. Seeing Sandra consider Kevin’s offer prompted Daniel to jump back in and make an offer of his own. The guest shark agreed to invest the $300,000 in return for a 25 percent stake in the brand.

Although Sandra could choose between the two sharks, the entrepreneur decided to make a counter offer to both of them. She instead applied for a $600,000 investment for 10% equity. Daymond couldn’t help but point out that Sandra just re-offered her original offer and wasn’t willing to negotiate or give in. While Daymond kept criticizing her for not being even a little bit flexible with her pitch, Kevin and Daniel decided to withdraw their offers and leave Sandra without a deal.

While Sandra left the tank without a deal, the Nopalera founder was proud of her decision as she felt it was a matter of her “self-worth” and she didn’t want to undercut herself or her company just to get a shark on board fetch . Even though Nopalera went without a deal, the pitch made a strong impression on Shark Tank fans. Several fans took to Twitter to praise Sandra for putting her self-worth ahead of a Shark Tank deal and wished her luck and success.

One fan tweeted, “Good for her she’s sticking around for her own worth!” “So proud of you. Absolutely know your worth. I wish you the best of luck,” one fan wrote. “Nopalera I’m sure she will be fine #SharkTank,” explained another fan.

Many fans also expressed interest in trying Nopalera’s products after watching the pitch on the ABC show. One fan shared: “I’m ordering @NOPALERA_CO omg this bar lotion looks like it’s to die for.” “What a great episode! I bought the bundle. I love that you said thank you, I appreciate you, but no. I know your value as a customer and podcast listener! commented one fan. “If I wasn’t already a monthly subscriber to @NOPALERA_CO I would buy this but everyone else should Sandra was great on #sharktank tonight!!!” commented one fan saying, ‘I have these products in my shower’ as I watch a Latina powerhouse pitch her business. @NOPALERA_CO,” added one fan.