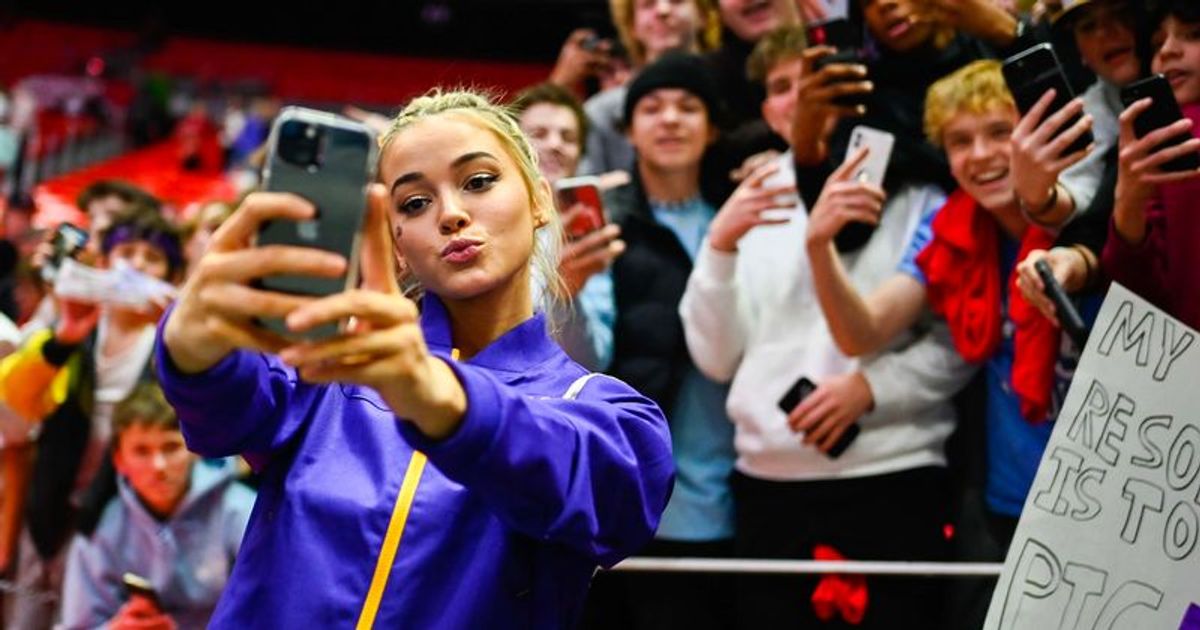 SALT LAKE CITY, UTAH: LSU’s gymnastics team is stepping up security for the remainder of the season after Olivia Dunne was attacked by a gang of “rude” teenagers at an event in Utah. The 20-year-old has become a social media sensation thanks to flirty photos posted to Instagram and lip-synched videos on TikTok. She has amassed a net worth of $2.3 million through her gymnastics and sponsorship deals.

However, the newfound fame and unwanted attention meant the collegiate gymnast had to urge fans to be “respectful” as various allegations of incidents surfaced after last weekend’s meet against Utah. A safety officer will now travel with the team to competitions for the remainder of the season, according to coach Jay Clark. “This person will be at our hotel and outside of our dressing room, taking us to and from the bus at the venue,” Clark told The Advocate/Times-Picayune. “[The officer]will be there to create a perimeter that will keep everyone safe.”

How did Charles White die? The USC Heisman Trophy winner will be remembered as “one of the greatest Trojans of all time.”

Clark said he wants to make sure fans can get gymnasts’ autographs but insisted his athletes’ safety must be a priority. He also suggested that athletes who frequently interact with family members and friends between routines could be banned from doing so henceforth. “Things have to change. We just can’t expose her,” Clark added. “We’re looking at some policy changes that will allow parents access to their daughters in a different location.”

Before LSU returns to its home game against Oklahoma on Monday, January 16, it’s next up is the University of Kentucky today. Dunne posted a statement online after a huge crowd of boys dubbed one of her teammates “Livvy 2.0” and told her “you can do it” for a photo last weekend. To avoid the crowd, officers forced the LSU team bus to move while police were stationed outside to help athletes get to safety.

Dunne tweeted, “I will always appreciate and love the support from you guys, but when you guys come to a meetup I want to ask you to be respectful of the other gymnasts and gymnastics community as we’re just doing our jobs.” Olivia Dunne, too known as Livvy, is considered one of the most influential collegiate athletes of her time. Her fans came to support her in Salt Lake City even though she wasn’t in the line-up.

Meanwhile, the mother of a Utah gymnast claimed her daughter was mugged by a group of teenagers. “As we walked to the car, the group gushed about my daughter and her teammate,” Jillian Hoffman’s mother, Jennifer, wrote online. “They literally told them to their face you’re not Livvy but you will, can we take a picture. The group also called my daughter Livvy 2.0. They were so rude and disrespectful.” She added that her daughter and teammates “weren’t bothered, assaulted, or hurt anyway.”

Other reports claim the team bus was moved so athletes wouldn’t have to run into the group of boys queuing outside the arena. The teens kept asking if Livvy was leaving the Huntsman Center before chanting her name.