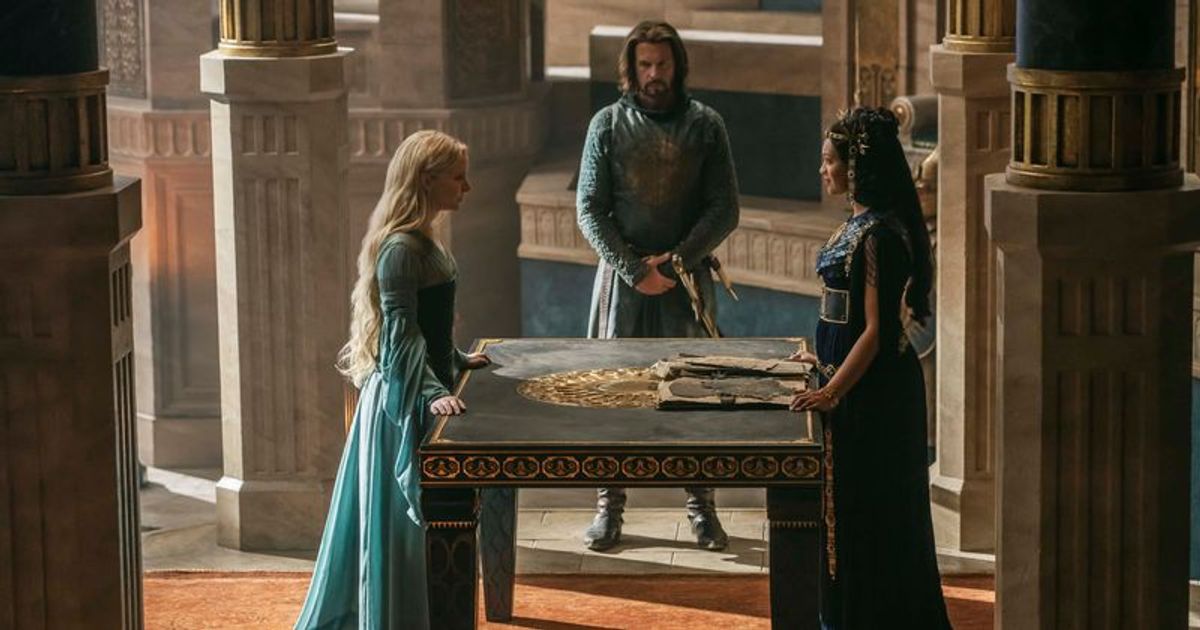 The Lord of the Rings: The Rings of Power has been a slow burn so far, but it has managed to captivate viewers due to the epic storytelling and world building. However, it seems that things are heating up in Middle-earth with every main character now preparing for battle. In episode 4 we saw Galadriel (Morfydd Clark) tell Miriel (Cynthia Addai-Robinson), the regent of Numenor, to prepare for war against Sauron’s armies. However, Miriel did not want to be part of the war because she believes that if they go to war, her kingdom will be doomed.

She makes the decision to let Galadriel go and orders his men to take her to her kingdom. However, as soon as she left, the leaves of Nimloth, the White Tree of Numenor, began to fall, and this made Miriel realize that unless they join the war, their kingdom will surely be doomed. So she calls them back and instructs her men to prepare for war. They are currently gathering people who can fight for additional benefits in war, and preparations for war have started from all sides.
As the episode ended we got a preview of what will happen in the next episode and it looks like Adar is ready to unleash the legions.

In the promo released for the upcoming episode entitled ‘Partings’ we see Galadriel preparing for battle as she takes up swords and practices her moves. However, Halbrandt is not at all happy with the decision to go to war for The Southlands because he doesn’t want to go back and has vowed never to return. On the other hand, Bronwyn tries to convince her people that they must come together and fight evil because that is the only way they can survive the inevitable.
They’re not the only ones preparing for war, and Adar seems more than ready for battle. He has already ordered the army of orcs to “summon the legions” and ordered them to prepare for the much-anticipated battle.

It seems like the next episode will be about the preparations for war and how evil is getting stronger by banding together. Also, it will be interesting to see whether or not the Dark Lord Sauron is mentioned in the episode.

The show prepares for an epic clash between our heroes and the forces of darkness.

The Lord of the Rings: The Rings of Power returns to Amazon Prime Video every Friday at 9pm EST with a new episode.