The Lord of the Rings: The Rings of Power Episode 4: Has The Great Wave Confirmed Sauron’s Entry into Middle-earth? 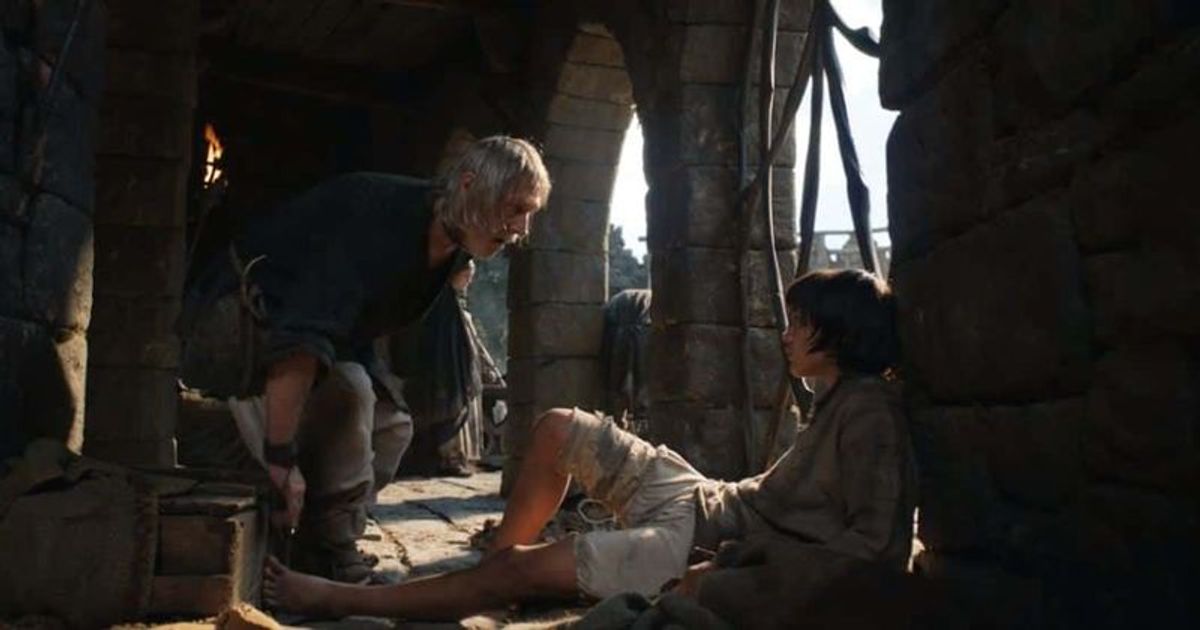 When the first trailer for The Lord of the Rings: The Rings of Power hit the internet, everyone had just one question in mind: when and how will Sauron appear? Right after the series premiered, we got a little glimpse of Sauron in an epic flashback sequence. Since then, every character has talked about the Dark Lord, but we haven’t seen him in the series. However, it appears that the evil lord has already made an appearance on the show and a scene in Episode 4 seems to have confirmed the form in which he arrived on Middle-earth.

In Episode 4, we see Bronwyn (Nazanin Boniadi) and all the residents of their village take refuge in the tower where Arondir (Ismael Cruz Cordova) and his colleagues once resided. They soon realize they need supplies to feed the people, so Theo, Bronwyn’s son, says he and his friend would go out and get some food for everyone to get things sorted for a few days. Returning from her journey, Theo sees an abandoned house and enters it to find food. However, an orc attacks him from behind. Theo pulls out the black sword and as soon as the orc sees it, he realizes it belongs to the Dark Lord himself. The orc tries to catch Theo, but he manages to hide.

The Lord of the Rings: The Rings of Power: Is the opening credits inspired by real magic?

After a full day, Theo gets a chance to leave this place and takes it. However, he is captured by an orc who attacks and punches her. The creature was about to cut its right hand and at that moment Arondir comes and kills the orc. Arondir and Theo run off into the forest and a pack of orcs follows them, shooting arrows at the duo. Luckily they manage to survive by getting out of the forest in broad daylight.

As soon as Theo returns to the tower, an old man walks up to him and speaks to him in a strange way. He shows his forearm to Theo and he has the same markings on his hand as Theo. He grabs Theo’s arm and says, “You know what it is? It’s not a sword. It is a power.” The old man also reveals that the “black sword” was made by the master’s hands for their ancestors and calls him a “beautiful servant”. Theo takes his arm away as soon as he hears the old man’s name Sauron. The next part is interesting because maybe it answered an important question and the question was: Who ended up on Middle-earth in Episode 1?”

So the old man says, ‘Have you heard of Sauron? You must have seen it in the sky. It’s been a few weeks now.” Theo realizes the old man is talking about the star that fell during the first episode and we got a glimpse of the man who came with it. The old man continues to scare Theo by telling him that Sauron’s time is near and they (Theo and he) should be ready. He ended by saying that Theo should save his power for what is to come because he will need it.

The entire conversation seems to have confirmed that it is undoubtedly Sauron who came to Middle-earth via the Starfall.

Do you think the conversation referred to the stranger who fell from the sky? Tell us what you feel in the comments.