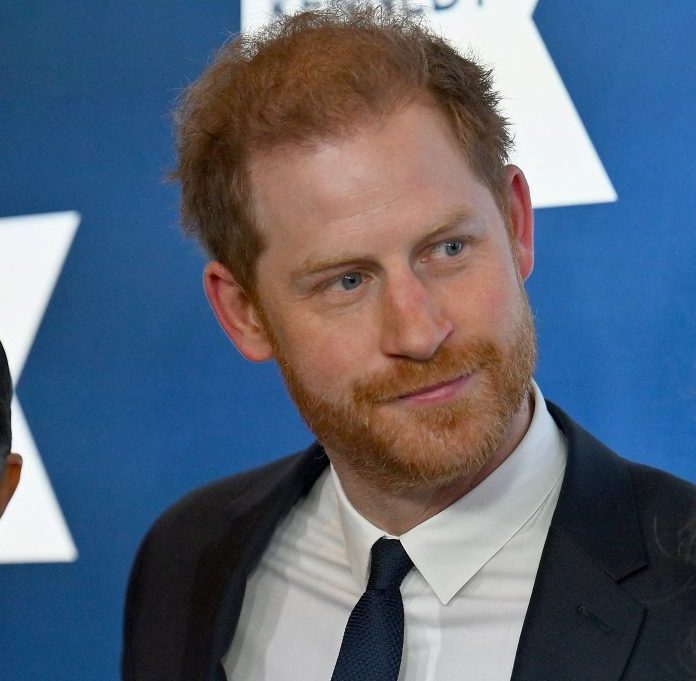 Prince Harry has made it very clear that he and his wife Meghan Markle are not fans of the British press. But it wasn’t always like that. In fact, the prince has maintained a good relationship with the photographers he has known for decades, who have toured with him and worked on various projects.

Arthur Edwards is one of those photographers. He has been with The Sun newspaper since 1977. During that time, Edwards has photographed members of the royal family on hundreds of international tours, at seven weddings and at five funerals, including those of the late Queen Elizabeth II. He has always had a good relationship with family but revealed things took a turn for the worse with Prince Harry after meeting Meghan.

In a column for The Sun about the Duke of Sussex, Edwards described how great it has been to work with Harry in the past and described him as “a photographer’s dream”.

“Harry’s hostility towards the British tabloids … amazes me,” wrote Edwards. “He loved to use the press when it suited him – and he did often. Not long ago I went to Lesotho in southern Africa twice with Harry to photograph his Sentebale project, building a school for boys who live alone and herd goats in the mountains.”

The photographer recalls: “After taking photos, we went to a small tea room next to the school, where Harry made me a cup of tea. We sat there and he told me that the most important thing in his life was to help these forgotten boys. And we talked about how The Sun could help him and his charity raise more money.”

Edwards added, “Everywhere in the world he went, Harry radiated warmth and kindness … I took him to a beach bar in Montego Bay and had a late night drink with him and he said, ‘I’ll do anything to get good pictures to make for you’ and he did. I remember him dancing in blue suede shoes, jogging with Usain Bolt and playing touch rugby with street kids on Copacabana Beach.

“Harry was every photographer’s dream. He was helpful and would appreciate your presence if he saw us working. This young man – the most popular member of the royal family among Sun readers – could do little wrong. And if he did anything wrong, we forgive him.”

But that was then. These days, Harry is one of the most disliked royals in UK polls. And according to Edwards, everything changed after the prince met the now-Duchess of Sussex.

“All of a sudden, one day in Manchester after meeting Meghan, everything changed,” Edwards recalled. “He couldn’t even look at me, let alone talk to me. He just got in the car and drove off. Meghan wasn’t even with him that day. After that I took him to Morocco and Ireland, where he seemed… very aloof from everyone. He had suddenly gone from being a newspaper darling to a complete 180 degree turnaround. His whole attitude towards the media changed. He never seemed to have anything to do with the media again.”

Edwards decided to ask Harry if he would pose for certain photos that the prince would normally have taken with no problem.

“At Croke Park in Dublin I asked him if he would hit a ball with a slingshot. It would have been a great picture, but he didn’t want to do it,” said the photographer. And when it came time to shoot for the Duchess’ solo engagements, things didn’t get any easier, as Edwards explained: “I remember photographing Meghan’s first solo engagement at the Royal Academy in London and worked so hard to get a simple picture. Meghan’s press team seemed scared of her and pushed me on.”

Edwards revealed that he tried to arrange different times to meet Meghan, but “Three times I asked Harry’s staff if we could meet Meghan and was told we … never did. I don’t think Meghan wanted to talk. She has decided that we are hostile.”

There came a point when the company’s longtime photographer decided he “didn’t want to work with the Sussexes any longer.”

Edwards previously spoke about how miserable things had gotten with the couple, leading to his decision during an appearance on News.com.au I have news for you podcast. He said: “[Harry] met Meghan and then he got very, very distant and he almost got, well, it was miserable. I just find them very depressing. They just hated the media and it was miserable… In fact, I didn’t end up doing Harry’s tours. I didn’t do Harry’s tour of Australia, not with Meghan. I didn’t do Harry’s tour of South Africa with Meghan. I hid from it and kind of went to New Zealand with Charles and you know places like that.”