‘The Kardashians’: Fans love Kris Jenner and Travis Barker’s Christmas song together and are clamoring for an hour-long special 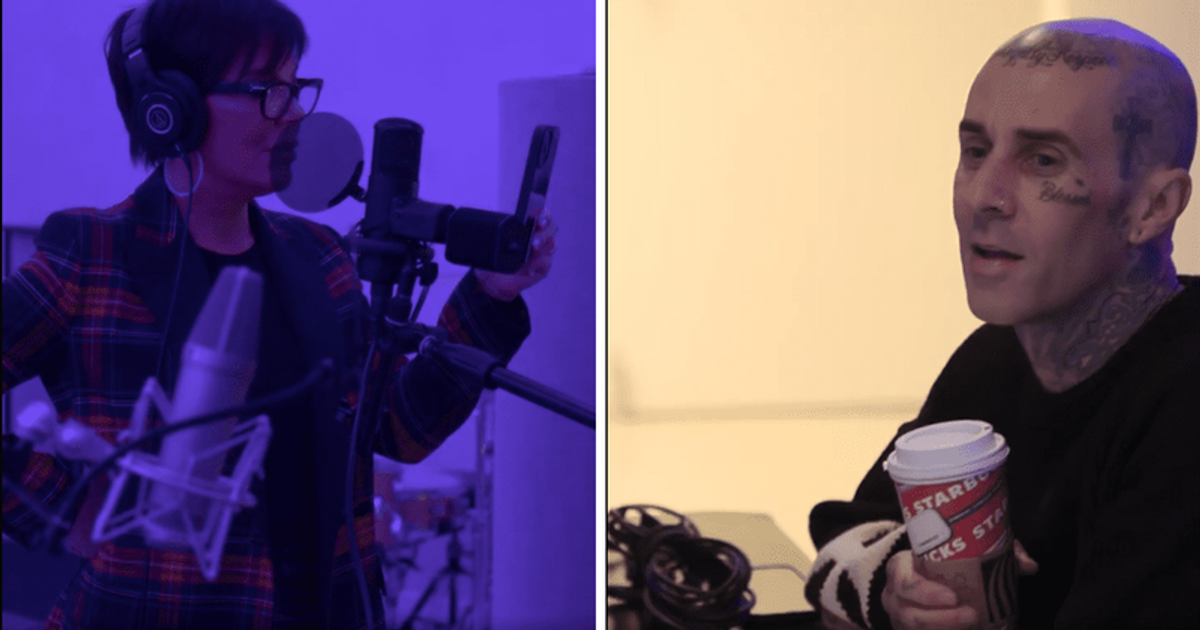 Normally it wouldn’t be a big deal to get a sneak peek at something Travis was working on, but the kicker here is that he worked on it alongside Kris. Travis, Kris and arguably Kourtney (on Bells) rang the bells of the world in December 2021 when they released their rendition of the iconic Christmas carol, Jingle Bells. Travis was understandably on drums while Kris grabbed the mic and provided those vocals. According to People, Kourtney mentioned her mother in her Instagram Stories at the time of the shoot, which has since been removed.

Kourtney offers her mother tea so she can record the Christmas carol of the century. Kris calls it a “dream come true”. When Travis Kourtney suggested the idea of ​​Kris performing a Christmas carol and him producing it, she couldn’t think of a reason why not. Kourtney admits in a confessional that Travis loves Christmas as much as her family does, so it was the ideal opportunity for all family members to get together. Kris even shows off her vocal warm-up routine before recording her smash song. Kris asked about autotune because of the length of the text, to which Travis replied that it will be there. Kris later expresses a wish to sound like Mariah Carey. As Kris attempts to record her piece, the studio is filled with laughter, including from the singer herself. Kris was quick to blame Kourtney for her horrific recordings in a confessional, claiming she might do better if her daughter didn’t interrupt her with all the laughter . Kourtney joked that Kris would pee her pants laughing as she struggled to find her “key.” Kris is compared to a theater person by Kourtney who claims she is neither a pop star nor a rock star. Kris expressed how important family is to her in a confessional, and now that Travis is a member of her family, this collaboration meant a lot to her.

Fans just watched towards the end of the episode as Kris, Kourtney, Travis and Corey got a taste of what’s to come with their possible smash track in an episode of The Kardashians. The happy group is in a car together, which is an excellent opportunity to hear new music. “We have the final version of Jingle Bells with the drums,” explains Kourtney. There’s nothing to do but “call,” Corey flatly adds.

If you think you’ll first hear the bells of the same name in Jingle Bells, please think again. “Can we start over and go a little faster,” Kris pleads on the song. Kris seemed to appreciate it and that’s all that matters. “Oh my god, I love this,” she says during a confessional (as he drives away). “My song sounds so good,” Kris said. It is important to Kris that she was able to spend time with her family.

Fans soon took to Twitter, demanding an hour-long version of the song. One fan tweeted: “I request a full hour long Christmas special with Kris and Travis. After that, how could Hulu NOT?! #TheKardashians.”

One fan laughed at the chaos in the recording studio: “Kris Jenner in the studio sent me #TheKardashians”

While loving the tracks with tweets like, “I literally died watching the Kardashians scene where Kris is recording her Christmas carol. I loved it so much LOL #TheKardashians.”