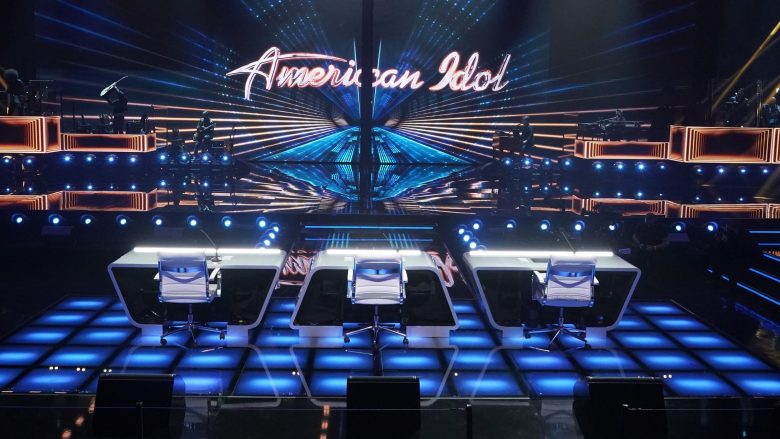 Days after American Idol judge Luke Bryan named him the most talented musician he’s ever seen on the show, Alejandro Aranda — known to many fans as scarypoolparty — announced he’s considering leaving the music industry. Here is the latest…

Reality TV contest judges usually tiptoe around requests for their favorite contestants, much like parents refuse to name their favorite child. But country star Luke Bryan, who will soon be returning to the American Idol judges’ table for his sixth year, recently revealed the contestant he thinks stands out the most as the most talented he’s ever seen.

On September 3, 2022, Bryan sat down for an hour-long interview in Las Vegas on the Full Send podcast hosted by the group of popular YouTubers called NELK. When co-host Kyle Forgeard asked him to name the “biggest talent” of the past five seasons, Bryan answered honestly.

“You know, I would say … the person who really was my closest match in terms of talent was Alejandro Aranda,” he said. “I don’t know if you all saw it, but he’s the guy who actually plays the guitar. He plays guitar and piano as well as anyone else in the world. And he does it in a style that – he’s almost created his own genre. It’s like, savant stuff.”

Aranda finished second in Season 17, finishing behind winner Laine Hardy and stunning the judges and viewers with his unique skills, including his fast guitar picking. Aranda’s debut studio album Exit Form was released in November 2019 following his American Idol run. The album reached #6 on the US charts. Since then he has released several other albums but none have been as good as his first.

But Aranda’s unconventional approach and fears have made it difficult to make it big in the music industry, prompting the 28-year-old Californian to consider quitting altogether.

In a now-deleted, middle of the night tweet On September 15, which he also shared on his Instagram Stories, Aranda wrote, “Sometimes I feel like my opportunity to be a full-time musician/artist is fading. Maybe it’s time to reconsider your music career. Maybe go to cooking school or try to open a coffee shop! Who knows!! Legitimate to only have thoughts late at night.”

Before it was deleted, fans flooded the tweet with support, begging Aranda not to give up. The gifted musician has nearly a million followers on social media, where he frequently shares snippets of songs he’s working on as well as fun, off-the-cuff tunes, like an ode to McDonald’s on TikTok recently.

Aranda has also been very accommodating to his fans about his struggles with depression and anxiety, which have prompted him to cancel some concert dates. In April 2022, in a since-deleted Instagram post, he wrote: “Has been super stressed lately and my anxiety has really taken control of my mental health. But I try very hard to keep it together and keep a sane perspective on everything. Send only positive vibes.”

Days after this post, he performed at the Shaky Knees Festival in Atlanta, Georgia, and thanked fans for showing him love as he expressed how down he’d felt. The gifted artist candidly wrote, “I’ve lost feeling in my legs. Had about 7 panic attacks. I cried a lot… But I got on the plane and made it to Atlanta. I’m thankful for all the homies who sent such kind messages and love.”

In July, fans were thrilled to see him overcome his fear of flying to embark on a concert tour of Europe that he ended up loving. After playing a show in London on July 11, Aranda posted a series of Instagram photos and wrote, “London… Wow waited 3 years for this moment. And it was absolutely AMAZING. Thank you to everyone who came out. I felt at home. Thank you thank you thank you”

Aranda probably won’t be going out of business any time soon as he has some tour dates planned across the US this fall. On September 14, he also asked fans via Twitter to help him provide a new song called “Pieces.”

“Every once in a while, an artist emerges who appears to emerge fully formed into the mainstream with a style that is at once relatable but also utterly unique,” the magazine said. “Alejandro Aranda, who records under the name Scarypoolparty, is one such artist.”

“If I had to describe my sound, it’s almost like I’m in a state of peace, but also with a noticeable fear creeping in,” he told the magazine. “Like a beach on a cloudy day – maybe the sun will come out, maybe not.”