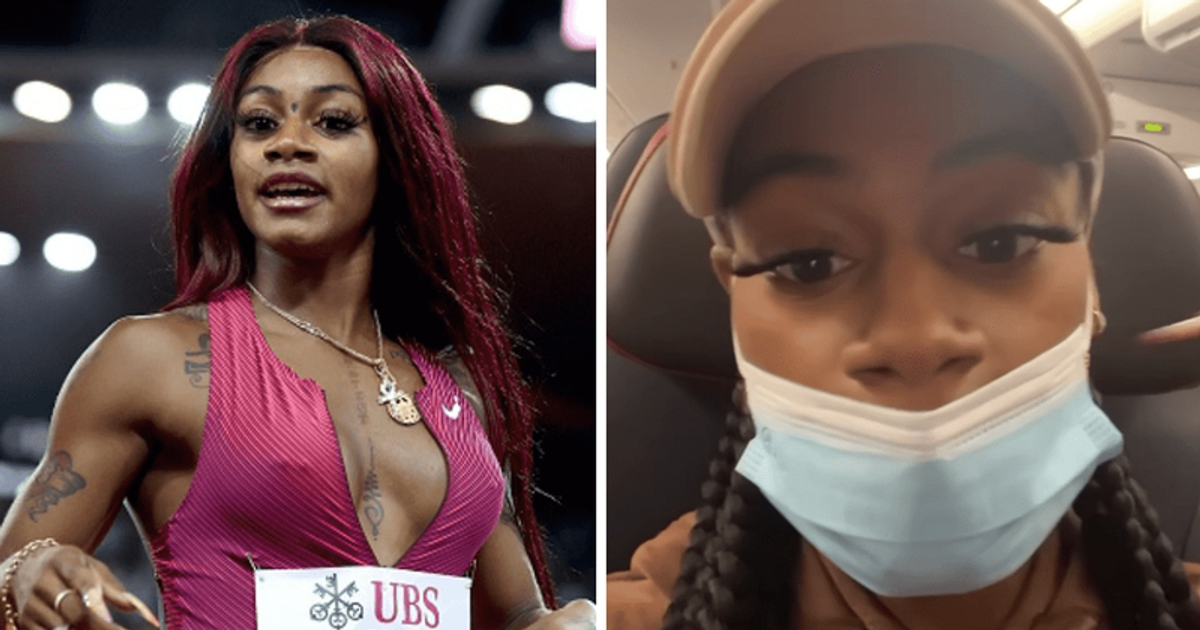 Sha’Carri Richardson was removed from an American Airlines flight after an altercation with a flight attendant on Saturday, January 21, and social media responded to her interaction, which was seen in the video, which led to her was thrown from the plane. The US track and field athlete took the incident to her Instagram and claimed the flight attendant, identified as “John” according to Richardson, showed her disrespect when she spoke on her phone before the plane took off. Before panning to the crew member, the 23-year-old sprinter posted a video of herself from her seat.

Richardson wrote of one of her videos: “Before the video, this gentleman asked me to end a cell phone call, which I did. I explained to him that I didn’t like the tone he used towards me. After that, while he stood in front of me and did the safety protocols, he leaned forward further to look at my phone. He wanted to see that my phones were in airplane mode at the time. He demanded that I show him. Which I did in front of him.” The flight attendant stepped back and hid behind a curtain after showing him on camera, and the argument continued when she was asked to stop the recording. The initial remarks between her and the crew member were not caught on video. Richardson wrote that she was on vacation. However, it is not clear where she intended to travel to.

People on the internet erupted with comments reacting to Richardson’s plane crash. One Twitter user wrote: “Respect your pilots and flight attendants! They do their job to protect us. I think phones should be off when you get on a plane,” and another wrote, “So fed up these people attacking people on planes . You must be on a NO-Fly list for life. Find a different way to travel. Eligible people are sick.”

“What’s wrong with celebrities who don’t want to play by the rules? Can someone explain this to me?”, while someone remarked, “She uses her privilege to be unfair to others.”

“A world-class sprinter to a no-class air traveler all under 12 seconds. Well done,” one user wrote, and someone wrote, “Having reviewed the footage I feel the prelude was fair. She was guilty of not getting her phone turned off, compounded by speaking in that really annoying voice. It is RULES.

“She should be banned from flying public airlines,” one opined, while another remarked, “It was so easy to turn off the phone. It’s that simple.”