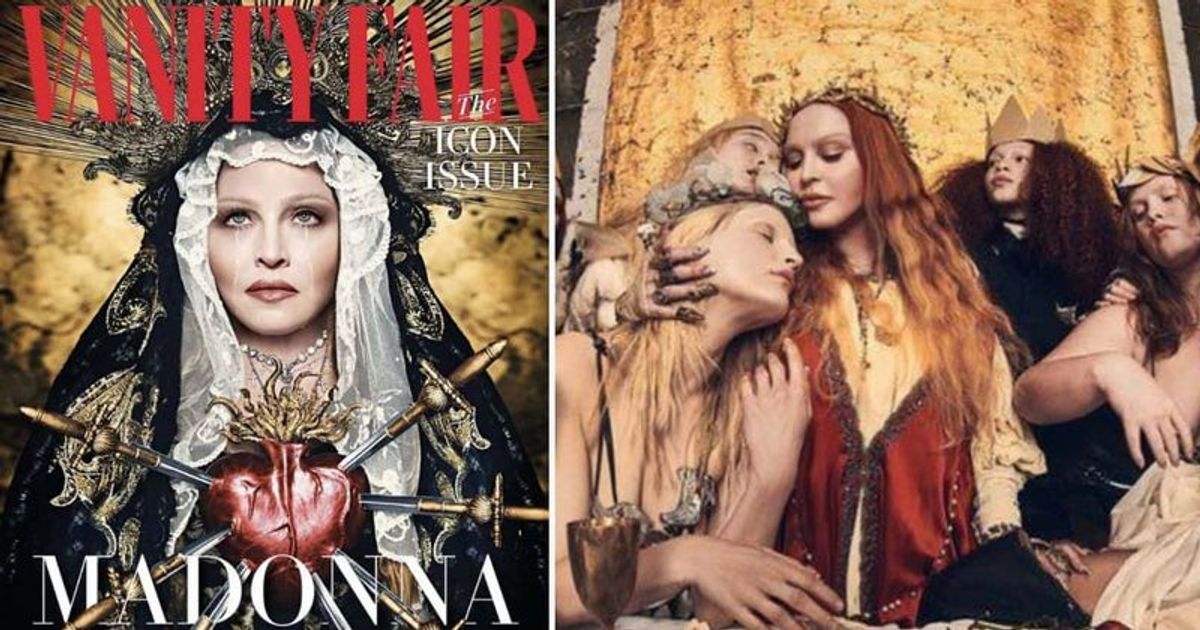 NEW YORK CITY, NEW YORK: Madonna, who announced her upcoming world tour on Tuesday, January 17 to celebrate her incredible 40 years in the music industry, transformed for the cover of three different Vanity Fair issues in Italy and Spain in Virgin Mary and France. Designed by acclaimed photographers Luigi and Iango, the 64-year-old pop legend has been spotted in designs by John Galliano for Maison Margiela, Gucci, Dolce & Gabbana and Jean Paul Gaultier.

Olivier Bouchara, Vanity Fair France’s editorial director, said in a press release, as quoted by Page Six: “In this very special issue, Madonna becomes Madonna again: an icon. Not just the embodiment of a musical trend or dress style, but a figure that’s as disturbing as it is sacred. She gave heart and soul to the creativity of our photographers Luigi & Lango to redraw with them three decades after Like a Virgin. the contours of their relation to religion, painting, more than photographs, reinterpretations, more than representations.”

‘I’ve been called a witch’: Madonna opens up about being ‘ashamed’ of her sexuality and paving the way for artists

“One of the most iconic things she’s done”

Aside from the cover, Madonna can also be seen in a picture wearing red robes and a white dress as she stood on a table covered with food surrounded by other women. Madonna told Vanity Fair, according to Page Six, “This is a good time for me — brainstorming, getting inspiration, hanging out with creative people, watching movies, seeing art, listening to music.”

After the cover reveal, many stayed behind in splits. One fan wrote: “GOD IS A WOMAN AND HER NAME IS MADONNA.” Another said: “She is the greatest artist ever!!! She is the moment and she is the queen!!! She is the art!!! Sorry guys, she’s the tallest of them all. Long live the queen!!! Another fan commented, saying, “One of the most iconic things she’s done tbh.”

While one of many appreciated the effort expended in creating it. One user wrote: “Amazing art direction!!! Would love it if this was the tour merchandise look!” One individual commented, “Madonna by Luigi and Iango for Vanity Fair, by far the best editorial of the year so far and one of the best of the past few months.” “Really an insightful one and inspirational interview. It says a lot about what Madonna is all about, a very good read indeed. Amazing number of people involved in the photoshoot, it’s certainly very unique!” added another fan.