‘The House’ Chapter I ending explained: Inside Mabel and Isobel’s escape from the house 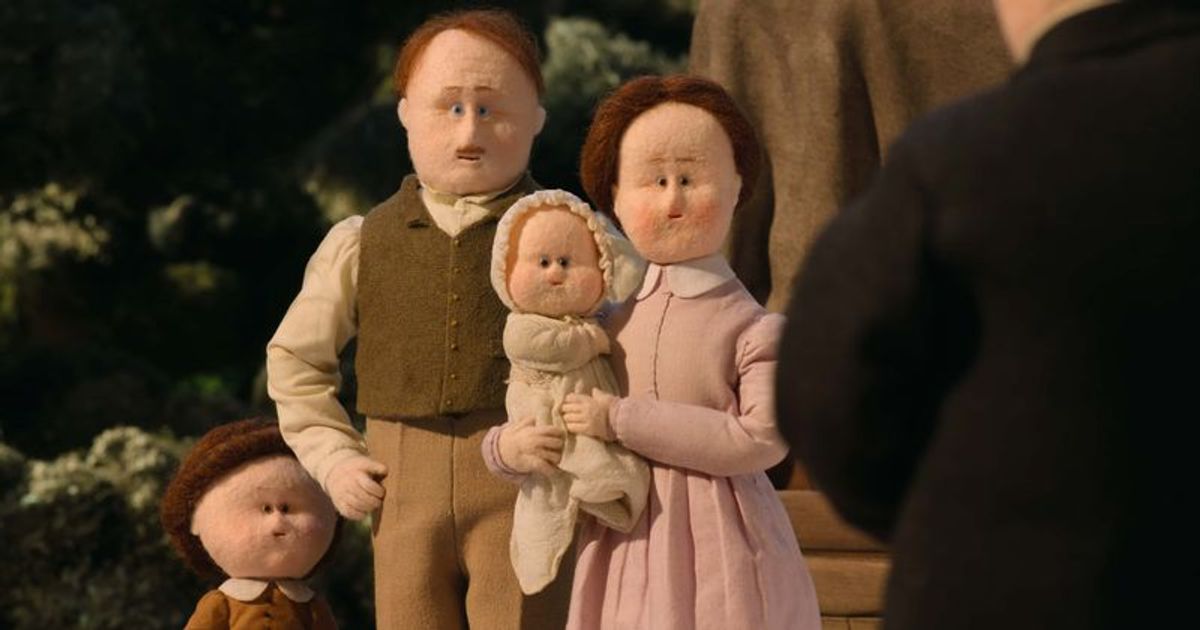 Divided into three acts, The House is sure to leave you perplexed. The anthology’s logline states, “Across distinct eras, a poor family, a troubled developer, and a well-fed landlady are tied to the same mysterious house in this dark animated comedy.” Act I or Part One focuses on the origins of the house, which is a staple of the anthology and ties all three stories together.

Act One “And heard inwardly. A lie is being spun” tells the story of the origins of the house. Mabel and her family come from modest backgrounds and although they don’t have much, the family seems content. However, the visit of Raymond, Mabel’s father’s relatives, caused an upheaval in their otherwise normal life.

With abuse from his relatives, Raymond feels the pressure of abandoning his family. He stumbles drunk in the woods, where he makes a deal with a certain Mr. Van Schoonbeck, who offers to build his family a whole new home. However, the conditions stipulate that they have to give up their old house and all their belongings. Raymond agrees and soon moves into the new home with his wife Penny, Mabel and Isobel. As Penny and Raymond’s obsession slowly consumes the house, Mabel notices some bizarre occurrences, such as zombie-like construction workers and endless mazes.

Mr. Van Schoonbeck even gives her parents new clothes to match the house and when Mabel remarks it’s ugly they scold her for it. Mabel quickly realizes it’s just her and Isobel. One night, they both get lost deep in the maze of the house and make startling discoveries, such as the fact that Mr. Van Schoonbeck’s assistant Thomas is actually a paid actor and that her father has been slowly burning her old belongings.

By the time she can alert her parents that something is wrong with their new home, they are already consumed and transformed into literal furniture. The house then bursts into flames, and Mabel and Isobel barely manage to escape. While both children make it out alive, their parents aren’t so lucky. Meanwhile, the house still stands steadfast, awaiting its next victims.