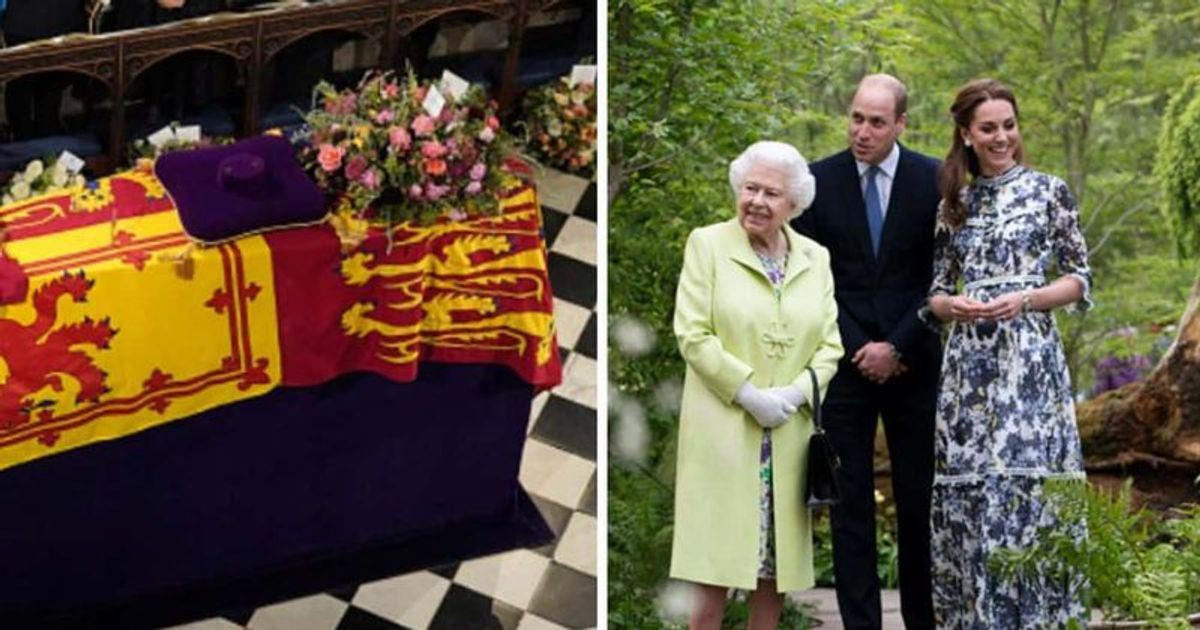 William and his wife Kate wrote separate messages, which appeared on the Queen’s coffin in St George’s Chapel, along with notes from other members of the royal family

LONDON, UNITED KINGDOM: The funeral of Queen Elizabeth II, the longest serving monarch, took place on Monday 19 September 2022. While thousands of people left notes and flowers for the Queen outside the royal residence, members of the royal family also wrote heartwarming notes for the late monarch.

Prince of Wales William and Princess of Wales Kate each wrote handwritten notes to the late grandmother and mother-in-law, which were tied to one of the wreaths on the Queen’s coffin and were visible during Monday’s dedication service at St George’s Chapel. The two note cards were identified as bearing the monograms of William and Kate, both 40.

Along with Prince William and Kate, King Charles, 73, also wrote a note to his beloved mother on a white card with royal letterhead, which read: “In loving and devoted memory, Charles R.” The card lay within the wreath of flowers on the coffin the Queen.

According to People, with the new role as King Charles comes his new signature. The “R” after his name stands for “Rex”, which means “king” in Latin, and when used by queens, the “R” stands for “Regina”, which means “queen” in Latin. Historically, the letter “R” has been used as the traditional signature for the monarch since the 12th century. During her historic reign of 70 glorious years, Queen Elizabeth II signed official communications as “Elizabeth R.”

Other flowers for the late Queen’s wreath included blossoms and foliage cut from the gardens of Buckingham Palace, Clarence House and Highgrove House, the country home of Charles. Rosemary and myrtle were included as symbols of a happy marriage between the Queen and Prince Phillip, coming from a plant grown from a myrtle sprig in the Queen’s wedding bouquet in 1947. All flowers were chosen by King Charles. As a symbol of the power of love, the wreath was also complemented with pedunculate oak and fragrant geraniums such as garden roses, autumn hydrangea, sedum, dahlias and scabious in gold, pink and deep burgundy with touches of white to match the flag.