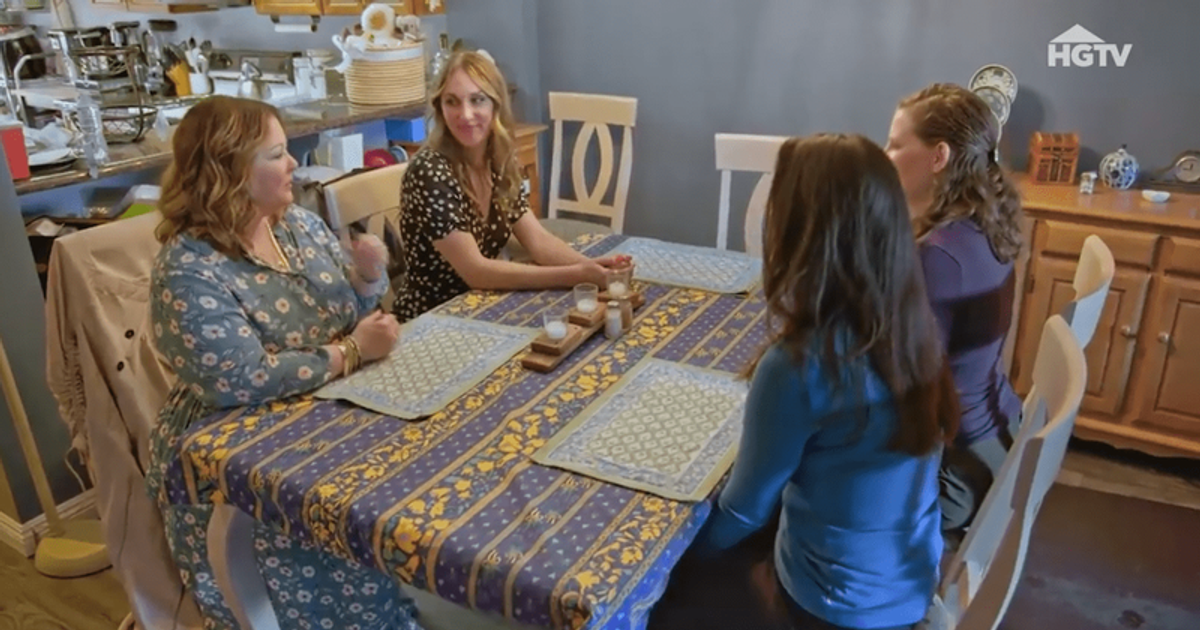 In their season premiere, Melissa McCarthy and designer Jenna Perus give back to a pregnant war veteran

Melissa and Jenna, a duo of cousins, provide home renovation services to various households across the country. The show’s handpicked homeowners aren’t just anyone, though. As part of the process, people can submit names of loved ones or people they respect for transformational services, along with reasons they believe the people deserve the services. The happy homeowner in her first episode is a pregnant military veteran and her fiancée.

Melissa and Jenna then go to the homes of the people who have most influenced them and offer their services. The idea of ​​the hosts becomes reality with their own efforts, a team of competent personalities and sometimes external help. The presentation is as upbeat as one could hope for, with a heartwarming story about helping people benefit society at large. With a baby and a forthcoming wedding, a pregnant war veteran and her fiancée begin the next chapter of their lives. Melissa and Jenna are helping this growing family by remodeling their kitchen, living room, and makeshift nursery!

Nicole, her designer, and the cousins ​​are looking for ideas for Katie and Lily. Jenna points out that because Katie likes the color blue, they need to incorporate it throughout the project. Nicole suggests a color that Katie would like. They intend to install their pantry where the shelves used to be and thought they could make a spot for a coffee area because the couple enjoys coffee. They finally decide on a blue kitchen.

When it came to providing storage space for the growing family, the cousins ​​had clear priorities. Jenna also mentions that they need to lighten the rooms because they all have dark paint on the walls. She suggests creating a banquet hall with plenty of seating. Melissa emphasizes the importance of allowing sufficient room for manoeuvre. Nicole intends to remove the gas from the fire room. Katie didn’t seem to like the gas for safety reasons. As a result, they opt for an electric fireplace with a built-in magnificent chimney that simulates a real fireplace. Melissa brings new fabric for the couple’s family chair, which has a special place in their home.

Melissa and Jenna bring in James Mobley, a tremendously gifted artist, to turn the couple’s spare bedroom into a nursery for their sweet little son. Katie’s living room lacks natural light, so the cousins ​​installed a series of wall sconces. The cousins ​​intend to dress Katie’s nursery in shades that complement her blue but also add some other tones to make it stand out. The cousins ​​open up the kitchen, which has drastically changed the area, with Brandon as the construction crew. Melissa and Jenna both thought that adding a hood, paneling and molding would add warmth and structure and enhance the area. Some viewers were even thrilled to see a familiar face like Brandon on the show. One of them tweeted: “It’s Brandon from @restoredtv! Love him!! #TheGreatGiveback #restored #livetweetcrew #onhgtv #[email protected] @magnolianetwork @hgtv”

The ultimate revelation of space made everyone cry. The couple, who initially thought it was a dream, couldn’t believe the transformation that took place in just 6 weeks. They were brought to tears to see Melissa use a fabric she’d kept for years to alter their family chair, which the couple plans to keep forever. The living room was completed with a slight change in the color blue for the wall and new lighting. The fireplace is not only contemporary, but also childproof. Katie said the woodwork in the room reminded her of New York, where she grew up.

Melissa and Jenna also made sure the home office had enough space for the couple to work at the same time. When the couple walked into the kitchen, they were surprised to see a photo of their dog on the wall, a cute coffee station around the corner, and a fresh coat of paint on the wall. Large metal pantry shelves have been replaced with two extra tall, deep pantries built into the wall, providing plenty of space for appliances and baby items.

Fans can’t believe how much storage space Melissa and Jenna could offer. One of them tweeted: “One organiser, move and one year of storage?! #TheGreatGiveback”

Some fans were excited for the final reveal as the design plans were big and bold. One of them wrote on Twitter: “Big design dreams lead to incredible reveal! #TheGreatGiveback #OnHGTV”

The surprise in the children’s room was well received not only by the homeowners, but also by the spectators. One fan tweeted: “But this secret artistic nursery. #TheGreatGiveback #OnHGTV”

Others were just happy to see the Emmy-winner take on this new role alongside her cousin. Her tweet read: “@melissamccarthy loved seeing you and your cousin Jenny on your new #hgtv show #TheGreatGiveback! So funny and a heart filler!”

Another fan wrote: “Ahhhhh @melissamccarthy on @hgtv !! If the multiverse is real, I hope she’s in every timeline on HGTV! #hgtv #TheGreatGiveback”

Appreciating the cousins’ first attempt at hosting an HGTV show, one fan wrote, “Love #TheGreatGiveback with @melissamccarthy and her cousin Jenna Perusich! Generosity, gratitude, compassion, humor and renovations are some of my favorite things! #OnHGTV.” .

HGTV will air a new episode of “The Great Giveback with Melissa McCarthy and Jenna Perusich” every Monday at 9:00 p.m. ET/PT.