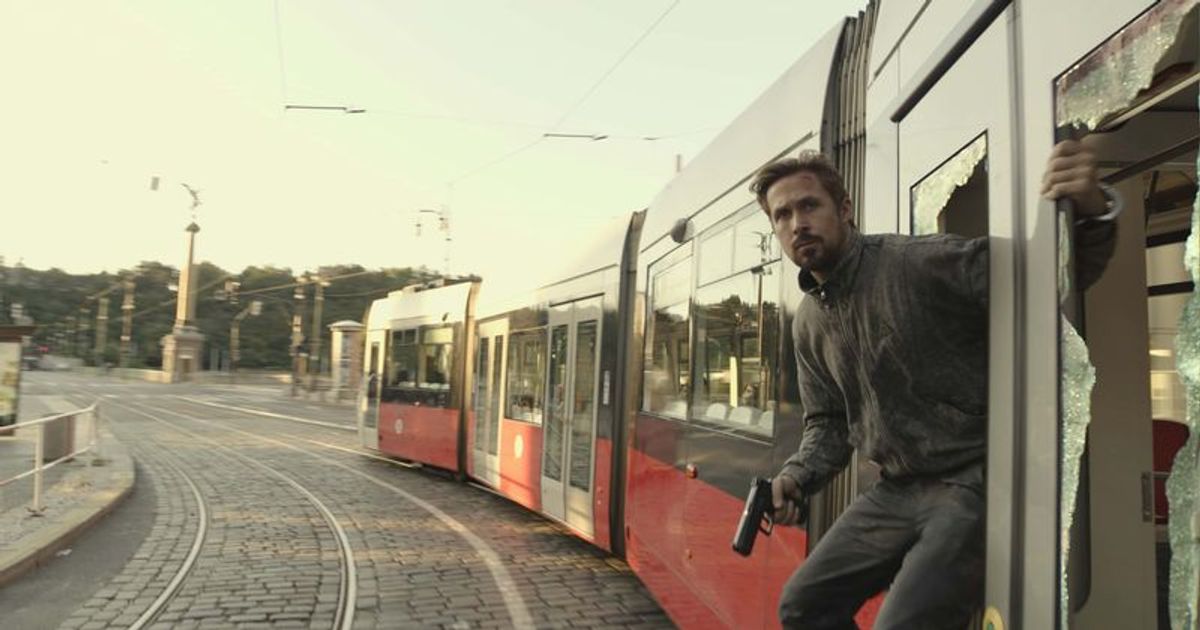 The Russo Brothers’ latest film, titled The Gray Man, has finally made it to Netflix, and while critics have mixed feelings, fans are absolutely in love with this action extravaganza. In the action film, Ryan Gosling plays CIA black ops mercenary Court Gentry, who is on a mission to kill a man who poses a threat to US national security. Things get really weird, however, when the man tells Court that he used to work for the CIA too, and that it’s Denny Carmichael, the CIA’s new chief of missions, who has been doing the dirty work behind everyone’s back.

It’s about a chip, now in Gentry’s possession, that contains sensitive information about Carmichael’s dirty work. The film is packed with exceptional action sequences and impeccable performances from Gosling, Chris Evans, Ana de Armas, Dhanush and Julia Butters. However, it’s the ending of the film that has everyone excited for things to come. At the end of the film, Gentry escapes CIA captivity and reunites with Claire Fitzroy (Julia Butters), leaving everyone confused.

The Gray Man on Netflix: Who is Dhanush’s Avik San? The ‘Lone Wolf’ brings elegance and wildness with it

When is The Gray Man Part 2 coming out and where can you watch it?

There is no official confirmation for The Gray Man sequel and it has not yet been officially announced. However, when it is announced, it will premiere exclusively on Netflix.

The official synopsis reads: “The Gray Man is CIA agent Court Gentry (Ryan Gosling), aka Sierra Six. Broken out of federal prison and recruited by his superior, Donald Fitzroy (Billy Bob Thornton), Gentry was once a highly skilled, agency-sanctioned merchant of death. But now the tables have turned and Six is ​​the target, hunted around the world by Lloyd Hansen (Chris Evans), a former CIA operative who will stop at nothing to take him down. Agent Dani Miranda (Ana de Armas) has his back. He will need it.”

It will come as no surprise that a second film set in The Gray Man universe will be announced soon, as the Russo Brothers have already announced that they approached the film with the vision of making multiple stories out of it. “It’s in our DNA now from our work at Marvel. So we think of most things that we do here as a narrative universe. Sure, that’s how we approach ‘The Gray Man’. We have many iterations of this narrative in our minds and it can have a variety of expressions, either in movies or series,” Russo Brothers told Screen Rant.

All of the original cast, except for Chris Evans, may return for the sequel. Ryan Gosling will return as Court Gentry, Ana de Armas will reprise the role of Dani Mirana and Rege-Jean Page will play the role of Denny Carmichael in the second film if announced.

Jessica Henwick and Julia Butters can also be seen in the second part.

It will be exciting to see if Dhanush returns to portray Avik San again because he is one of the characters that is still alive.

Directed by the dynamic duo of Joe and Anthony Russo, The Gray Man is based on the 2009 novel of the same name. Producing alongside The Russo Brothers are notable personalities such as Joe Roth, Jeff Kirschenbaum, Mike Larocca, Chris Castaldi and Palak Patel.

1) The Russo Brothers recently announced that they plan to bring back Dhanush’s character Avik San in future films as well.

Who is Starring in the Netflix Action Strip?

2) Ryan Gosling and Chris Evans are reported to have earned $20 million each for their roles in the film.