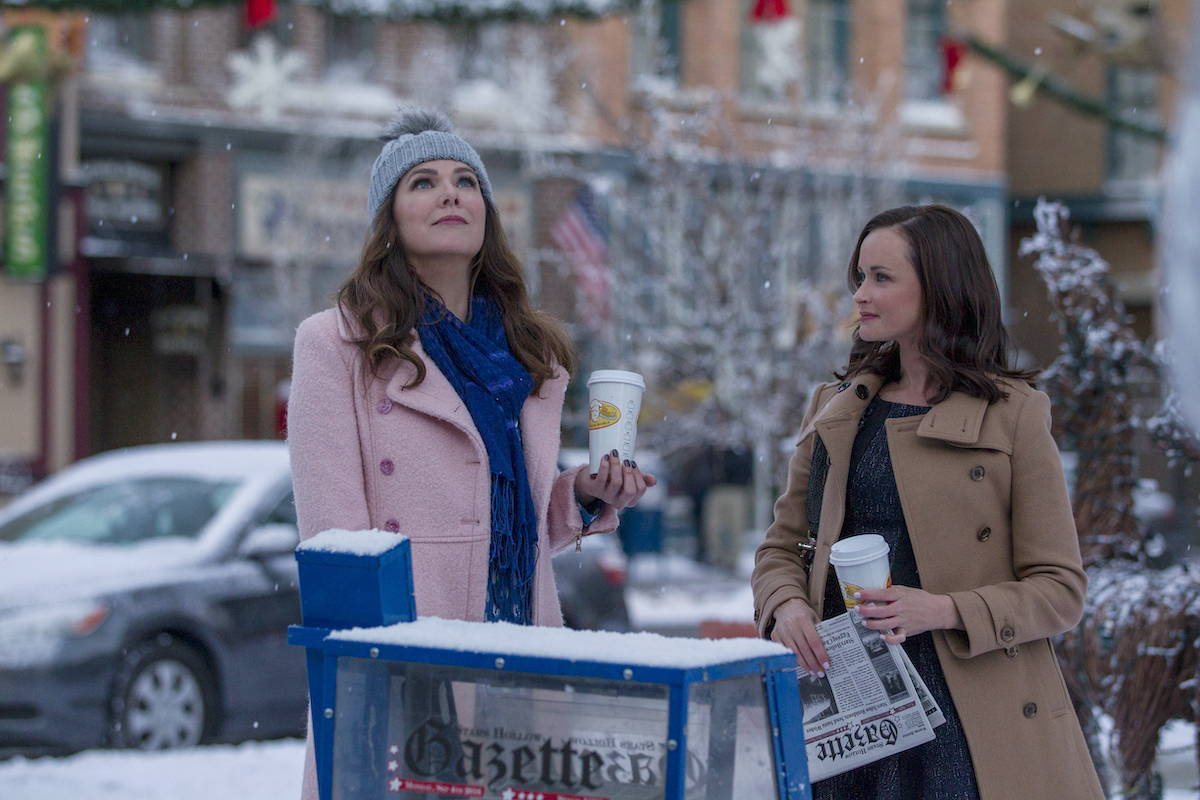 The infamous Gilmore Girls’ City, Stars Hollow, should be nestled somewhere in the middle of Connecticut. The state is known for its fall foliage, and the series absolutely used that as inspiration for its intro. While the intro for Gilmore Girls capturing the fall colors Connecticut is known for, the overhead footage was shot in an entirely different state.

the Gilmore Girls Intro offers fans a view from above of a quaint New England town surrounded by trees of various shades of orange and red. It’s the perfect opening, and if you just took a quick look you’d assume it’s the city of Stars Hollow, shown from a bird’s eye view.

The opening credits used an actual New England town, but it’s not in Connecticut. The city in the opening shot of the Gilmore Girls Intro is actually Royalton, Vermont. Royalton is a small town in Windsor County, Vermont. The city of less than 3,000 people is flanked by the Green Mountains on one side and the White River on the other.

Royalton, Vermont, might not be Stars Hollow, but the tiny town makes a pretty good substitute. The city even has a gazebo, just like Stars Hollow. However, it’s not the city that inspired the famous series and its beloved little hamlet. Stars Hollow was inspired by Washington Depot, Connecticut.

Washington Depot is a neighborhood in the small town of Washington, Connecticut. With just over 3,000 residents, the city embodies small-town life. Just like Stars Hollow, Washington has a neighborhood restaurant and even a bookstore that resembles Stars Hollow Books. According to the city’s official tourism site Gilmore Girls Creator, Amy Sherman-Palladino, was inspired to create Gilmore Girls from the warmth of the city while staying at the Mayflower Inn & Spa.

Stars Hollow doesn’t really exist. Quiet, Gilmore Girls provided enough contextual clues to roughly decipher where in Connecticut it should be located. Stars Hollow was about 25 minutes from Hartford, Connecticut and just over 20 miles from Yale in New Haven, Connecticut.

While Stars Hollow doesn’t actually exist, based on clues from the series, the town would be exactly where Meriden, Connecticut is located. Meriden is located in New Haven County. With a population of over 60,000, it is much larger than Stars Hollow. It still has a quaint downtown shopping district and distinct fall vibe Gilmore Girls However, fans have grown to love.

If we assume Stars Hollow sits where Meriden sits in real life, the city used in the Gilmore Girls Intro isn’t exactly close. Royalton, Vermont is nearly 200 miles north of Meriden. It would take 3 hours to drive between the two cities.