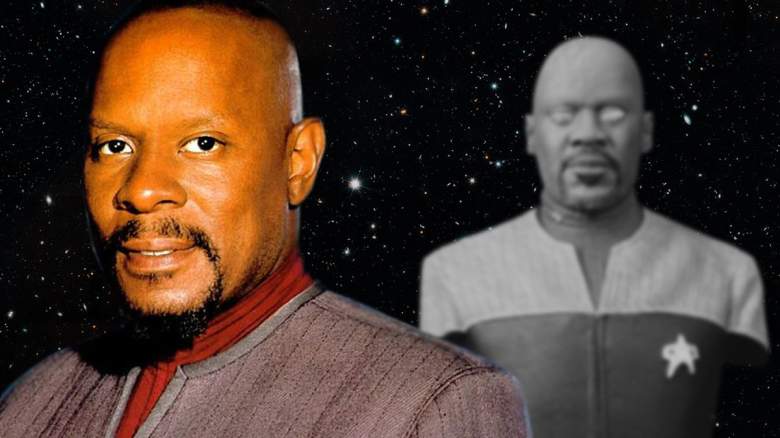 Those who haven’t visited the town of Riverside, Iowa may not know that there is a statue dedicated to someone not yet born. But on March 22, 2228 a certain James Tiberius Kirk will be born, and he will undoubtedly do great things. As he reminded us all in Star Trek IV: The Voyage Home that he’s actually from Iowa and only works in space.

Plotting a course to Riverside is a treat for Star Trek fans, as there is a small museum, a granite plaque commemorating Kirk’s future birth, and a bronze statue of the man. Fans will surely enjoy their time in the “Travel Home Museum‘, which can be visited for free.

Writer Chad Porto reports that the statue of Kirk is entirely correct. “Having worked in private security for many years, handling meetings and greetings and such, I stood beside him [William] Shatner, and he is by no means a great man.”

Meanwhile, in Bloomington, Indiana, fans can visit another “shrine” to a Trek captain. this bust, only presented last year, reminiscent of another place where a famous spaceship captain is born. the Janeway collective Funds raised to create an equally impressive landmark for Captain Kate, who will be born in Bloomington in the year 2336.

That makes two statues for Trek captains, and a third might be on the way. There is a push to create a statue and place it in the Big Easy, thanks to a group of Trek enthusiasts from New Orleans. This one would show a captain who may never return to Earth because he is too busy with the “wormhole aliens”.

Portrayed by actor Avery Brooks, Captain Benjamin Sisko has a large following among Trek fans. He was the star of Deep Space Nine, which many consider to be the best in the Trek library; These people in Louisiana believe that their captain should get a seat somewhere in their city.

You put one together Petition on Change.org Gathering names to make this possible. According to Randolph Allen, President of the International Federation of Trekkers Fan Group, this memorial would be created in the same spirit as the Kirk and Janeway attractions.

“While he’s popularly known as ‘The Emissary of the Prophets’ and hero of the Dominion War,” Allen said explained on the petition page, “He is the first black captain (and leader) of a Star Trek franchise, a single father, musician, food lover, civil rights activist, explorer and engineer.”

“He embodies the best qualities of a New Orleans native and eloquently demonstrates that no matter what goals or dreams a person can achieve their dreams,” Allen said.

As of this writing, the petition has 3,301 signatures, which is about 1,700 fewer than it takes to get “local news” attention. The movement has one too Facebook page dedicated to the construction of the Sisko Memorial happen.

While support for the Sisko memorial appears to be robust, there are some concerns from some Trek fans that New Orleans doesn’t need another statue.

“I love some Avery Brooks, but they don’t really need to build statues of fictional characters to boost tourism; I bet they’d rather spend the money building statues of real people,” said one a fan Reddit thread on the topic.

On Trek BBS, other fans expressed their full support for a Sisko memorial. “I think a statue of Sisko would be just as important in Louisiana, especially in these times,” said a British Trek fan.

Author Robert Lloyd told StarTrek.com that the Siskos’ presence in New Orleans meant a lot to fans, as it showed that many of the city’s current problems were being resolved. These include flooding and destruction from hurricanes.

“Real-world developments since these episodes aired lend New Orleans’ appearance in ‘Deep Space Nine’ a haunting resonance that is no less optimistic than the other appealing developments of the ‘Star Trek’ future,” wrote Lloyd.

READ MORE: Why William Shatner objected to the ‘Wrath of Khan’ script