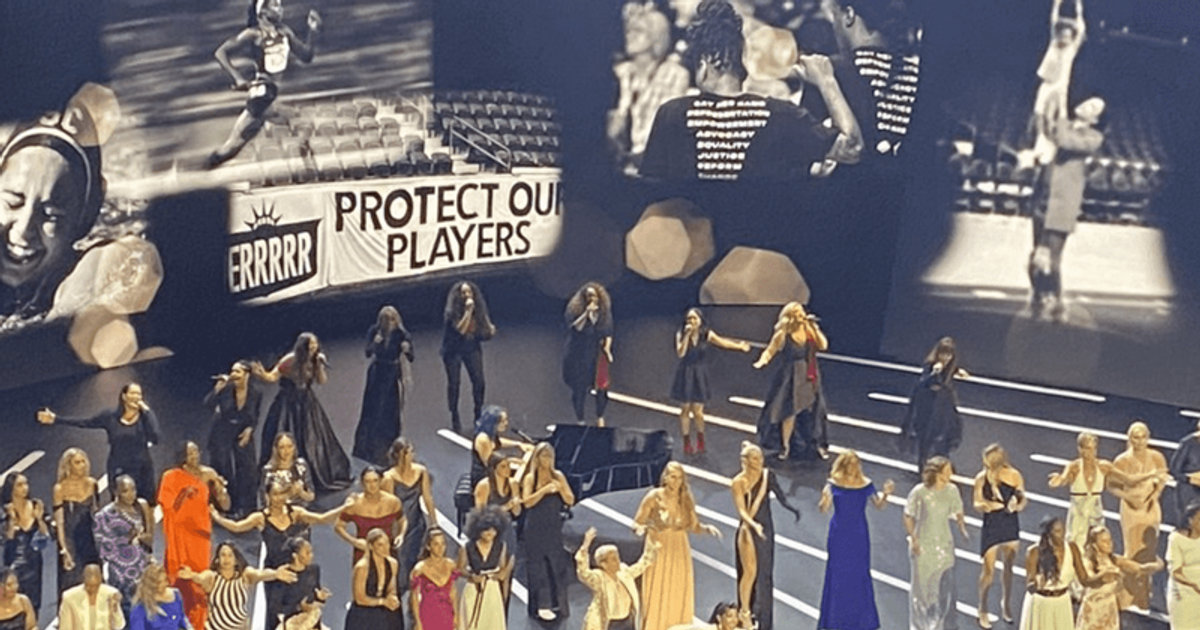 Stephen Curry took the stage and paid tribute to Brittney Griner, saying: “We have to acknowledge who’s not here, her name is on that jersey.”

The ESPYS Awards 2022 brought together all the biggest sports stars under one roof. Super Bowl winners, Olympic gold medalists, NBA champions, college stars and others gathered at the Dolby Theater in Hollywood on Wednesday night, July 20th for a sports celebration filled with laughter, spectacle and even a Stephen Curry musical number. Stephen Curry opened the 2022 ESPYS Awards with a shot at LeBron James, who co-hosted the 2007 ESPYS Awards with comedian Jimmy Kimmel.

“I’m the second NBA player to host this awards show, which is pretty crazy to think about. LeBron hosted this awards show back in 2007 after losing in the NBA Finals,” Curry joked in his opening monologue. “So yes, you guessed it. It feels better.” After the Arthur Ashe Courage Award was presented to former boxing champion Vitali Klitschko, Curry took the stage in Brittney Griner’s Phoenix Mercury jersey, ESPN reported. Griner has been detained in Russia since February after Russian authorities claimed cannabis oil was found in her luggage.

Curry took the stage and paid tribute to Griner. “We have to acknowledge who is not here. Your name is on that shirt,” Curry said. “We call on the entire global sports community to continue standing up for her…she is one of us, the team of athletes in this room and around the world tonight.” A team that has nothing to do with politics and global conflicts,” he added.

However, the event sparked major controversy after the show highlighted the women’s rights and equality agenda, including equal pay and pregnancy, despite most female athletes not being invited to the awards ceremony. Several of the women’s sports stars nominated for ESPYS were not invited to the actual award ceremony. Many of the National Women’s Soccer League players and nominees were not invited to the event. Aside from NWSL players, South Carolina’s superstar Aliyah Boston – who was nominated for ESPY’s “Best College Athlete” after leading the Gamecocks to a national championship and collecting almost every single award in the sport – was also denied a spot at the show offered.

Ahead of the event, an ESPN representative told Insider that “both COVID restrictions and a new venue with far fewer seats than previous shows” forced the company to “prioritize invitations from athletes to focus on specific awards.” , which will be distributed during the broadcast. “

After the event ended, many users on Twitter slammed ESPN’s hypocrisy with a tweet, “Let me get this straight. The same company that promotes equal rights and equal pay for women in sport cannot invite the same women, eligible to win an ESPY, to the ESPY’S. F**k you @espn @Disney #ESPYS.”

While another wrote: “This year’s #ESPYS is awful. Just full of awkward and weird monologues about how Title IX was such a great piece of legislation, but women millionaires in sport are still treated horribly.”

“You’re talking from both sides of your mouth @espn. You think so much of women in sport that you can’t even bother inviting all the female nominees to ESPYS. Shame on you. You say COVID and space are part of the blame but plenty of room for you buddies I bet,” wrote another user.

While there were some who acknowledged ESPN for the tribute they gave to female athletes. One user wrote: “It’s inspiring to see women play a prominent role in today’s NBA draft! Salute ESPN and NBA! #thebestsportsleague.”