The End of Rick and Morty Season 6 Episode 3 Explained: What Was the Wine Cabinet? 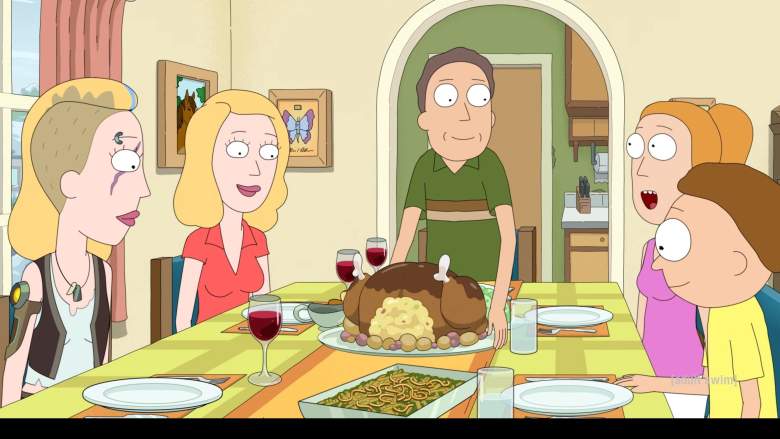 Rick and Morty Season 6 Episode 3 continued the series’ success story with entertaining, funny episodes this season. But quite a few fans are confused about the ending. What does the closet Rick opened at the end mean?

At the very end of the episode, Rick put a bottle of wine back in a secret cupboard and then destroyed the remote control. Allegedly, this was to ensure he was never able to access the closet and its contents again.

Viewers on Reddit have a few theories as to what that ending scene means. Most fans consider it a more innocent explanation where Rick decided to blame the wine for Beth and Space Beth falling in love, which ultimately led to that really awkward scene towards the end where Morty, Summer and Rick die three could overhear .

Some viewers think that Rick blames the wine for what happened and wants to make sure no one ever drinks that wine again.

Ksaraf23 wrote: “I just assumed that Rick got rid of the remote control for the basement because like everyone else he was disgusted with what happened and was just his Rick self by not letting anyone know it was him.” was as important as they were.”

Everydaygamer28 wrote: “He basically blamed the wine for everything that had happened, so he locked it up with the other liquor and destroyed the remote, hoping it would never happen again.”

Others comment that the wine we saw was Venutian wine, referring to Venus, the goddess of love. Maybe it was some kind of love portion? However, if you watch the beginning of the episode, you’ll notice that Jerry and Rick also appeared to be drinking the wine during the toast. So it’s hard to imagine that this is a real love potion wine.

But there is a darker theory circulating.

Redditor huggdmd wrote: “In previous seasons, Rick was always trying to get rid of Jerry. When Jerry said he would kill himself if Beth left him, Rick saw this as an opportunity to get rid of him. Rick planted some love potion wine since he knew Beth likes to drink wine and hoped the Beths would team up and make Jerry leave or kill himself. At the end of the episode, when Jerry says he learned something, Rick replies that he did too. Rick learned the Beth connection wouldn’t get rid of Jerry, so he disposes of the wine knowing his plan didn’t work…”

This is a pretty obscure theory and also assumes that Beth and Space Beth drank a wine that Rick and Jerry drank Not Drink. Personally, I lean towards the more innocent explanation.

However, the hidden cabinet could allude to the hidden fridge with the ice cream Rick showed Beth earlier in the episode. He spoke of having secrets while revealing the ice cream hidden in his secret fridge. Then Rick said that like credit card debt, lies can pile up and you “keep an edge by staying liquid.”

In this light, the hidden closet is another of Rick’s secrets and may allude to the idea that the wine somehow played a sinister role in the episode.

Another secret is the other contents of the closet.

Not only did he keep the mysterious wine there, but he also had some other unidentified items. There’s also a Meeseeks box and a bottle of liquid with a tiny Morty inside. (A bit like a worm in a tequila bottle maybe?)

Whatever the case, Rick certainly has many secrets. He’s “definitely not staying liquid,” as he advised Beth.