The End of “Paper Girls” Episode 8 Explained: Will Young Girls Be Able to Travel Back to Their Era? 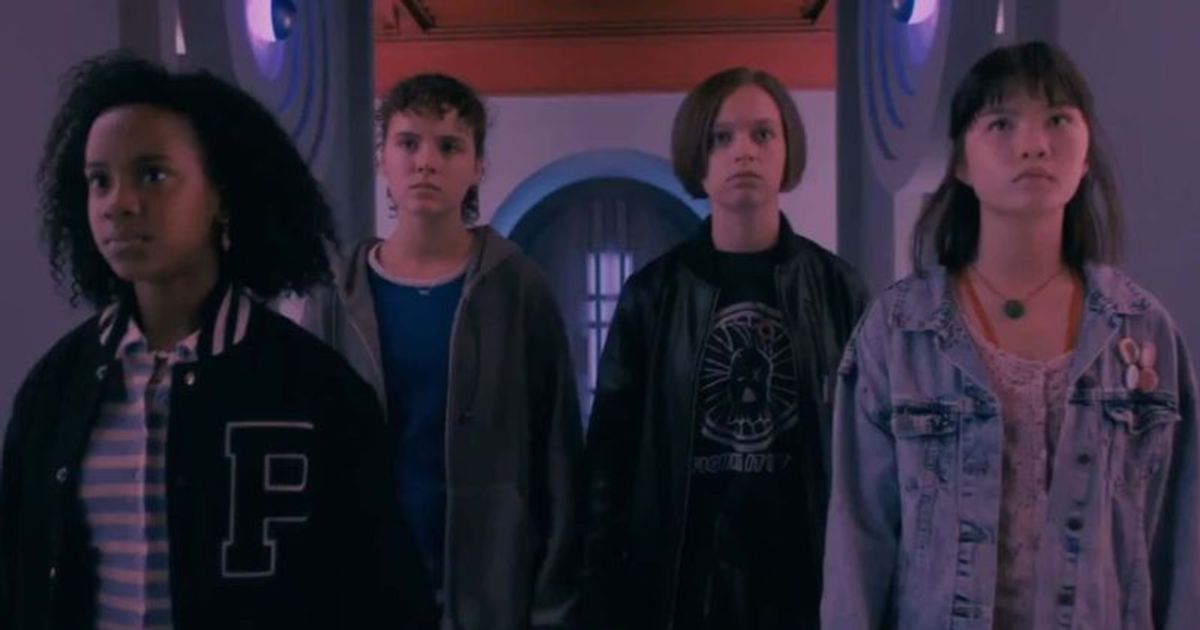 After the first seven episodes of the long-awaited Amazon Prime Video series Paper Girls captured the hearts of fans and audiences, the final episode has finally been released. The series mainly deals with a time travel adventure that the four young girls accidentally get caught up in. The first seven episodes showed us all how these four girls unknowingly get caught up in a time travel adventure between two enemy groups that end up saving the whole world and humanity.

The synopsis of sci-fi drama series ‘Paper Girls’ reads: “It’s the day after Halloween in 1988 when four young friends are accidentally caught up in an intense time war and find themselves inexplicably transported to the year 2019. As they face each other face to face with their adult selves, each girl discovers her own strengths as together they try to find a way back in time while saving the world of the future.”

Will the girls be able to safely return to their 80’s world?

In Paper Girls Episode 8, we see that the young girls are still stuck in the 2019 era. But these girls stuck together strong and defeated many evil people in this dystopian era. In the last seven episodes, we’ve seen how those who unwittingly get caught up in a time travel adventure end up saving the world and humanity from the dangerous guys. In the final episode, we see Mac (Sofia Rosinsky) and her friends try their best to try to return to their 80’s era, but are unsuccessful.

We then see KJ (Fina Strazza) walking after Mac, who runs away after learning that all her attempts to go back to her world from that dystopian era of 2019 have failed horribly. Mac goes to the goat pen to have a moment. There she also sees KJ, who has come to calm her down. Mac thanks KJ and within moments she sees KJ getting emotional which infuriates her so she walks away from there. Then we see Mac walking into a house where Grandma says, “Your friend here is so funny.” She turns around and gets a big shock in her life when she sees the supernatural villain Prioress (Adina Porter) there . The prioress’ brother is killed by KJ himself in self-defense and protection in the first episode when he tries to harass and humiliate her after her arrival in this dystopian world.

Here Mac tells KJ how it makes her feel so tired. She also shares that she just wants to go back home to her world and sleep at home on her crappy bed and maybe smoke one too. She asks Prioress (Adina Porter) if they can forget all this from their memory. Here, KJ Mac warns not to listen to this woman, but she’s not ready to hear it. Then Prioress promises them both that they would both be at their house in no time and that someone would like to meet with them first.

There they both meet a curly-haired guy who tells them how things happen for a reason, and using Mac’s Walkman as an example, he explains to them that the timeline between past and present is just like a delicate cassette, the music and sounds records but if the sounds are recorded over and over again and sometimes unknowingly wrong ones then the tape quality deteriorates and in the same way here the timeline has been completely corrupted because of the two girls and the world will end like an apocalypse happen there. This revelation makes both KJ and Mac really anxious and tense. Then even Prioress shows her true colors and removes her gun and tries to capture them both but fails miserably. Just then, Larry (Nate Corddry) steps in to save them both. He takes off his gun and points it at Prioress and a curly haired guy who also tried to be smart about killing both Mac and KJ a few minutes ago. These two villains got scared and dropped their guns. Then Larry tells them both to get out of there and the girls run. Ultimately, the large dinosaur eats Larry, who saves the girls but loses his life.

After Larry’s loss, all the girls share how he didn’t deserve this at all. They all go to Mac’s house and lock themselves there. Here Prioress is insane with anger and wants to kill all girls so she can then rule this earth and create a reign of terror and corrupted timelines. She wants to remove all girls from her path as she knows these girls will save themselves and the earth as well. She comes to Mac’s house and warns them to come out or there will be worse consequences. But girls aren’t so naive as to listen to her this time. Prioress (Adina Porter) has a change of heart and decides to let them all live peacefully in their world. She no longer thirsts to avenge her brother’s death on the girls together.

Will the girls be able to uncover Prioress’ true intentions?

The girls then go outside and Prioress takes them all to her spaceship. The girls are all amazed at the technology and other things. Then Prioress tells them how the future can be as they all imagine. She ends up trying to save the girls and at the end of all four girls we see that only KJ and Mac go on the time travel ship that takes them back to her ear while Erin and Tiffany are left as they wanted Prioress save from death. Both cry a lot. On the other hand, we see the curly-haired guy and his army of baddies get into the spaceship to attack the girls, and there’s an unnerving suspense as to whether or not Erin and Tiffany can save themselves. Ultimately, the girls are able to successfully escape from there, effectively foiling the villain and his army’s plan to kill them. He screams and asks Prioress why she did that, and she mentions that in the future this young girl will be Dr. Quilkin will be. Prioress eventually dies. In the end, all the girls save themselves, but ultimately the ending is open-ended, leaving a question and a possible idea for a second season when Erin and Tiffany end up out of their capsule and into their era, but see something else, like a movie set in a driveway and lots of cars outside. People there take popcorn to watch the movie. At that moment, Erin says “holy shit” and Tiffany does the same. Another possible story for season two could be where exactly are KJ and Mac since all four girls got separated.