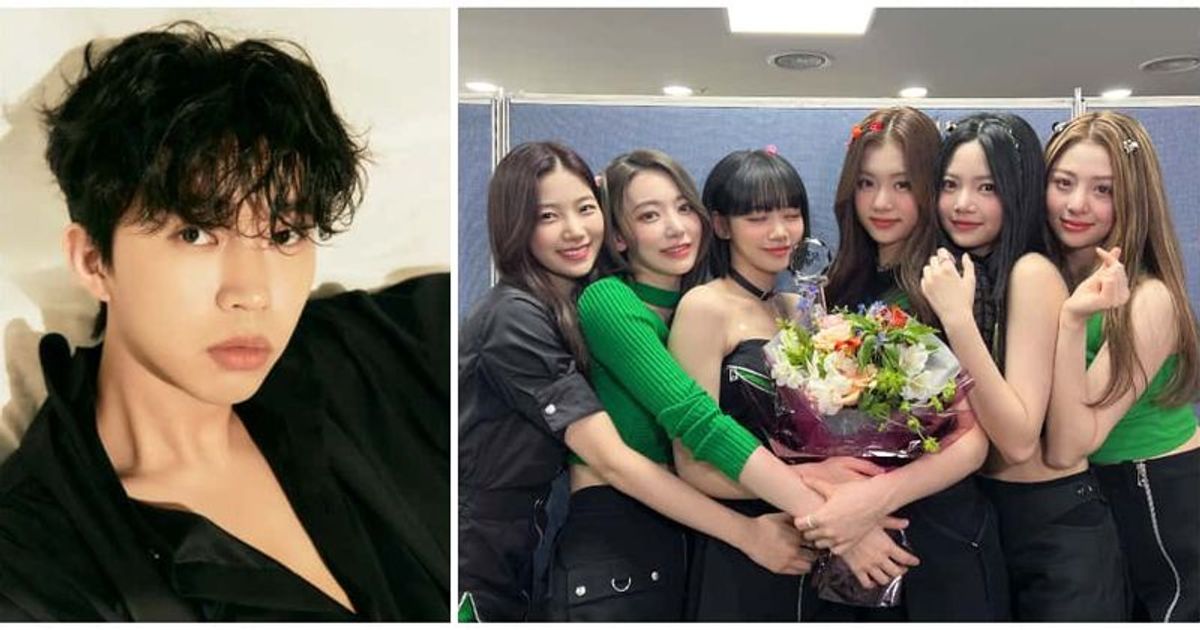 Le Sserafim is one of the newest rookie girl groups that everyone is keeping an eye on as not only does it have two popular IZ*ONE members, but it is also HYBE’s first girl group in collaboration with Source Music. There is also the Kim Garam bullying case with new updates that has many wondering if she was actually the victim and not the bully. In addition, they are also doing well with their debut album, which got them their first win at music shows.

Le Sserafim’s “Fearless” broke the record for highest first-week sales for a debut album by a girl group, selling 307,000 copies. They were also the fastest girl group to make the Spotify Global 200 music chart. However, we have another “monster rookie” Lim Young-woong competing with them. The Korean trot singer had been dominating music shows with nothing but singles in 2021, and now his debut album has surpassed 940,000 sales in just the first 24 hours of its release.

Who is Lim Young-woong? The Korean trot singer’s debut album sells 940,000 on its first day

Talent Contest Winner “Mr. Trot, Lim Young-woong released his debut album, Im Hero, which sold 2 million copies in just over 24 hours. The album and its tracks also topped seven of Gaon’s weekly and monthly charts. His appearance on the music show “Music Bank” also doubled the number of viewers in just one day. And so many were surprised that Le Sserafim finally beat him and won the trophy for “Music Bank”.

While Lim Young-woong had more points in almost all criteria, he received 0 for sending while Le Sserafim received 5348, which was the turning point. And so the girls group won with an additional 846 points. Amid claims that KBS’ ‘Music Bank’ was rigged, fans pointed out that this was Young-woong’s first appearance on the show, Le Sserafim last week’s ‘Music Bank’ as well as other KBS shows like ‘Idol Human Theater’ ‘ and ‘Lee Mujin Service’ who helped them secure the points.

While Le Sserafim might have won fairly and honestly with the Music Bank’s years-long criteria, Knetz is now wondering if things should change with the girls’ encore stage. While most K-pop acts perform on the actual stage with a pre-recorded backing track and earbuds, after an act wins they have an encore stage where they sing without all of those accoutrements. There was quite a difference between Le Sserafim’s actual stage and the encore stage where they had to sing live.

Most of the members of Le Sserafim were out of tune and unstable while singing live, which fans defended by sharing that they were just joking around. However, non-fans and Knetz pointed out that other winning groups, even when they were joking around, always sounded good, as did Lim Young-woong, who previously won on “M Countdown” against BTS’ K-pop legends PSY and Suga had impressed everyone.

However, Knetz and non-fans don’t have it: “No, they’re singers, but they can’t even sing standing up?” Another said, “How did they beat Lim Young Woong to take first place with that ability?” I can’t even hear what song it is and the song itself is so weird.” One added, “The song isn’t difficult or out of their range, it’s actually pretty low?? How come none of them can hold a grade decently?

One user felt that Music Bank should change their winning criteria that helped Le Sserafim win despite not being able to sing live: “Yeah, the thing is, these aren’t even music-related, since TV viewers of Connections originated and were also bought by the company. While LYW songs are playing on the radio and he is a million seller and top 10 on the charts, there is a scam afoot in the music bank as they reform.”

One pointed out: “Just look at most 2nd gen devices. They are the icon when it comes to encore tagas. Runs, jumps and jokes around, but still sounds better than the recorded studio version.” Another felt that the criteria could easily help an agency rig the music show: “Basically, the article says if an agency and KBS want someone to win regardless of other points they broadcast is the biggest cheat it’s just looks the music doesn’t mean anything.” Ein Knetz added: “Is that even allowed? Does it make sense that the highest score, that they received has nothing to do with music?”

“How Did They Beat Lim Young-woong”