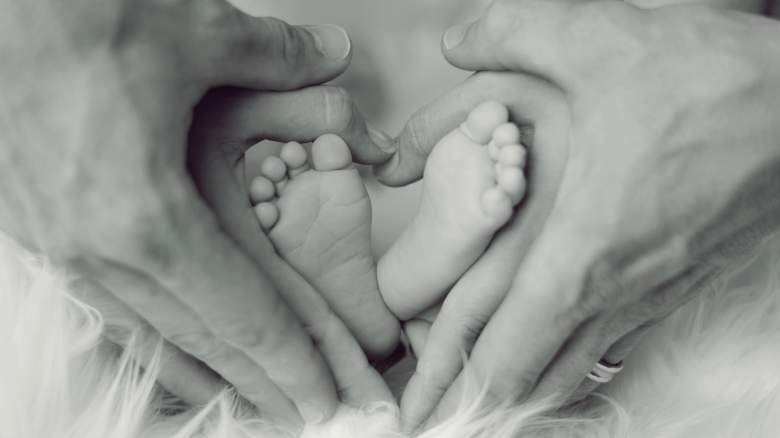 Dancing With the Stars finalist and actor Joey Lawrence shared some exciting news with fans on January 20 – he and his wife Samantha Cope have welcomed their family growing to five.

In an Instagram post that shared multiple photos of the newborn, actor Joey Lawrence shared that he and wife Samantha Cope welcomed their third daughter on Jan. 16. The baby’s name is Dylan Rose and Lawrence writes that everyone is already “so smitten” with her.

He ended with a snap, “Stay tuned in for baby spam xoxo.”

Lawrence took part in the third season of “Dancing With the Stars” alongside pro partner Edyta Slinwinska. They placed 3rd behind Mario Lopez and Karina Smirnoff in 2nd place and Emmitt Smith and Cheryl Burke in 1st place.

Lawrence is also Burke’s former brother-in-law. In fact, Burke met her ex-husband Matthew Lawrence through Lawrence on Dancing With the Stars. Matthew revealed in an interview with Yahoo Life that he met Burke on the Dancing With the Stars tour. The two dated briefly when they first met and then split for a decade before rekindling their relationship and tying the knot in May 2019. Burke filed for divorce in early 2022 and their separation was finalized in September 2022.

Alongside their third bundle of joy, Lawrence and Cope married in May 2022. He posted their wedding photo to Instagram and wrote in the caption, “I don’t know if there’s such a thing as cloud 10 but I think I just found it.”

He told People at the time, “It just feels so right [with Cope]. Life can be challenging at times, but when God puts you in the right person, it’s worth it.”

According to People, the two met on the set of the 2020 Lifetime film “My Husband’s Secret Brother,” which was directed by his younger brother Andrew and starred his daughter Charleston.

“From day one, it was such a safe place to be myself,” Cope said of her relationship with Lawrence. “He loves everything about me and celebrates all these weird quirks about me. I was so blessed to be able to receive that. After two weeks I was like, ‘I’ll be with you forever.’”

“When you meet the right person, if you’re lucky, things get to the point so quickly. I have someone who is like minded and has the same love language and we communicate in the same way. That’s super important. And I’m so grateful,” Lawrence added.

Cope is Lawrence’s third wife. His two daughters, Charleston, 16, and Liberty, 12, are from his second marriage to Chandie Yawn-Nelson. According to Us Weekly, they split in July 2020 after more than 10 years together.

In 2021, he told Us Weekly that he and Yawn-Nelson get along well and keep things amicable for their daughters.

“At the end of the day, you always take the highway,” Lawrence said at the time. “There’s no excuse for anything but being kind. [Our relationship] didn’t work out on a personal level but we still share two great people. You have to put them first and lead by example.”