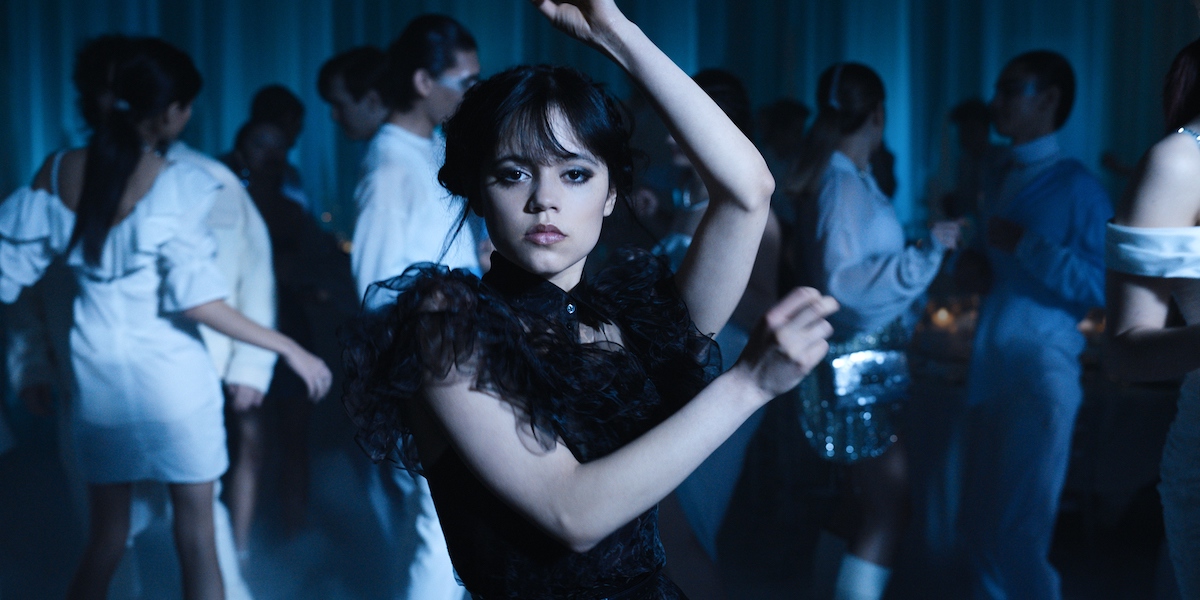 In episode 4 of Wednesday, a perfectly still Wednesday Addams (Jenna Ortega) dominates the dance floor at Nevermore’s Rave’N dance. She dances to a song called “Goo Goo Muck” by The Cramps, but the scene went viral when Ortega’s choreography was paired with Lady Gaga’s “Bloody Mary.” Discover the origins of the song Addams dances to on Wednesday’s Netflix series and how the music regulator settled on the tune.

In the Netflix series, Wednesday throws her arms around psycho billy punk rock legends The Cramps’ version of “Goo Goo Muck.” The cover of the song came out in 1981, but made little noise at the time.

The song was originally released in 1962 by Ronnie Cook & The Gaylads, a rock ‘n’ roll band with Latin American influences. Audan Record Company, a small label based in Bakersfield, California, released the track. The original music has a fancier ’60s vibe – one that wouldn’t have suited the dance scene Wednesday.

In the original version of the song, according to Louder Sound, “Goo Goo Muck” was some kind of monster – “a creep that roams the streets at night looking to kill.” However, in The Cramps’ version of “Goo Goo Muck,” the song is about oral sex. “I am the headhunter of the night seeking a head” becomes “searching.” some Head.” The text change drastically changes the meaning of the line “Looking for something tasty to eat.”

In an interview with Forbes, Wednesday Music Supervisor Jen Malone spoke about the other song she originally wanted to perform on the dance scene. “We always had The Cramps with us Wednesday Playlist, between me and Nicole [Weisberg],” she said. “We originally suggested ‘Human Fly’.”

Through a collaborative process that Ortega was involved in, the team ended up with Goo Goo Muck. Malone added, “…They really bailed out [‘Human Fly’]. And I remember thinking, ‘Oh my god, this is perfect!’ So it’s really a collaboration, and I know Jenna was very involved in that…”

Of course, Lady Gaga popped up during Malone’s conversation with Forbes. Ironically, Gaga’s music was never part of the inspirational playlist for the Netflix series. The music supervisor isn’t sure how “Bloody Mary” was originally connected to the series.

“None of us have any idea where it came from,” she said. “I actually didn’t know about it until a friend at Interscope sent it to me. I went on TikTok and I was like, ‘Holy… where is this coming from?’ It’s great when fans create their own music moments.” Regardless of origin, any use of “Bloody Mary” by Gaga’s fans is authorized.

Stream every episode of Wednesday on Netflix.