‘The Challenge’ vets are leaving the show for season 38 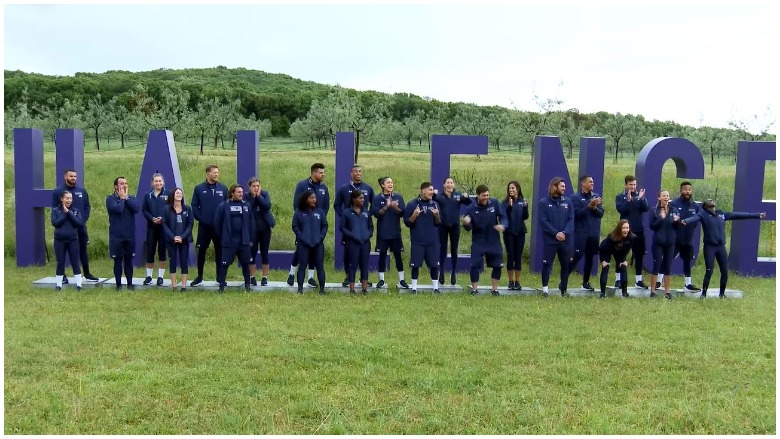 The current season of “The Challenge” is now in the last few weeks and some of those who appear on “Spies, Lies and Allies” have already spoken about whether they plan to return to the series the following season if they leave the network .

Cory Wharton spoke about his future on “The Challenge” in the Aftermath episode after his elimination, and expressed his intention to take a break for a while. Around the same time, Tula “Big T” Fazakerley revealed on Instagram Stories that she had no plans to return for season 38.

Cory used social media to share a photo of himself surprising his daughter Ryder after returning home from The Challenge. He wrote, “I just remember picking up that dandelion with Ryder and asking, Okay, now we have to blow on it and make a wish. I just remember how Ryder blew it and she said, ‘I hope you don’t take the challenge again.’ “

He said that by this point he knew he “had to take a break from the show”. He also pointed out that when his youngest daughter Mila came back from “Double Agents” last season he “barely recognized me,” and he took this as a sign to withdraw a little. “I am very grateful for everything that gave me the challenge and all of the memories,” he added. “Right now, it’s time for me to create these memories with my family and daughters.”

He’s definitely not going to leave the show, however, as the four-time finalist ended his entry by saying, “Please believe, IF I come back, I’ll come to WIN EVERYTHING !!!”

Big T also commented on her “Challenge” future on Instagram and indicated her future plans. She was asked if she would like to return for season 38, and the four-time “Challenge” actor replied, “As it stands now, no.”

“If I ever get the chance to take part in ‘The Challenge’, I would love to reach my optimal fitness level and feel extremely safe as a physical participant,” she revealed. “There are areas where I need to improve and it takes time to train properly.”

She also said, “I applied to a cooking school so I’m waiting to see if I’ll be accepted or not! As you know, cooking is a huge passion of mine and the course starts in January. ”She was asked if she would return after that in the future and she said,“ One million percent. I love this show and the experience !! It’s strangely addicting [and] has changed my lifestyle for the better. “

Unlike Cory, Big T is still competing on “Spies, Lies and Allies,” despite being knocked out on last week’s episode. With Ashley Mitchell disqualified, Big T was able to return to the game after losing to Amanda Garcia and will continue to play on Ruby Cell.

Cory’s first announcement about his future on “The Challenge” came on the “Aftermath” show after he was eliminated. He didn’t say how long he wanted to take off, but said to the fans: “I’m going to take a short break. I want to have this fight, I want to have fun, I want to be in the Challenge House. “

He said he believed his head was out of focus on Spies, Lies and Allies and that “it showed in my gameplay.” He even admitted that he checked out a bit on his knockout loss to Logan Sampedro after losing the first round. “I started thinking about my daughters and things like that.”