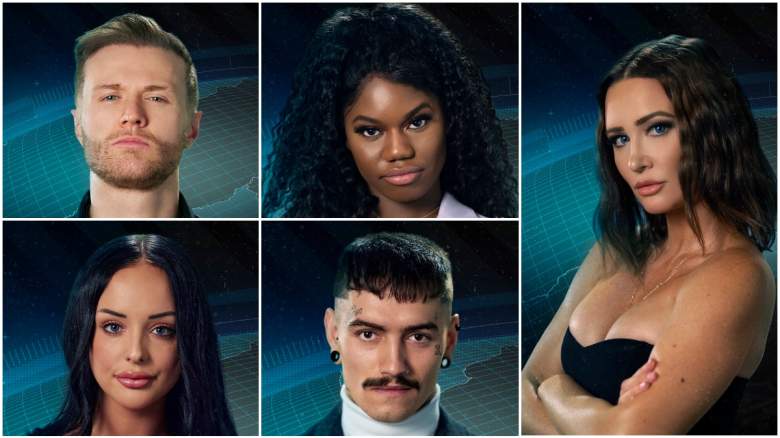 The tenth episode of the 37th season of “The Challenge” marked the halftime of the series in many ways, as it almost seemed to be the start of an entirely new series and format. In the episode titled “Precious Stones”, TJ Lavin explained the turn of the end of last week’s episode and a complex challenge set the stage for what is to come.

Warning: This article contains spoilers for the 10th episode of The Challenge: Spies, Lies and Allies, which aired on MTV on October 13th at 8pm.

The episode began with the mission “Diamond Dash,” before which TJ announced that the stars would no longer compete in pairs. Participants had to run through the forest and choose one of three checkpoints to retrieve a gem and advance to the next level. Once there, the participants had to place their jewel on one of three platforms that the teams should determine forward.

Three teams with three male and three female participants each were formed and at the next checkpoint the Emerald team won and formed the agency, consisting of Josh Martinez, Devin Walker, Emanuel Neagu, Kaycee Clark, Tori Deal and Nany Gonzalez. With the nominations, the format was again different, as only the agency voted to compromise one player while the other two teams pleaded their case.

With TJ saying it would now be a female elimination with no pair eliminations, the agency voted for Priscilla Anyabu, who recently broke the Veterans Alliance and had a target on her back. At the cave, contestants learned that Priscilla would be the one to choose their opponent from among non-agency women, and the rookie chose Ashley Mitchell to make another big hit.

The two-time champion had a dominant performance, defeating Priscilla before learning that she could infiltrate any of the three teams, including the Agency. However, due to the presence of her best friend Amanda Garcia on Team Sapphire, Ashley decided to return to her original team.

When the episode showed Priscilla and Bettina talking about their backgrounds, Hughie Maughan shared, “One of my favorite clips of the season was this one, I really loved it, I feel like sometimes you don’t see a lot of people’s background and that makes them so much more appealing when you hear reasons for things. “

Talking about her reasons for the competition and the love she has for her mother, Priscilla tweeted, “Family is all man. Not that I tear myself apart watching this clip. ”Amanda tweeted,“ Awww @PriscillaAnyabu made me tear apart. So damn cute. “She then said,” When I see this clip of talking to Lynssie with Avonni, I have to cry again. “

When the challenge took place, Priscilla wrote, “Nobody wants to be in the Ruby cell. Neither of us. “Amanda tweeted,” Hahahaha @AlupeiEmy said that hammer, I’m going to smash myself, HELLLLL YAAAAA SIS LOL. “Josh celebrated his team’s victory and tweeted,” LFG-Team Emerald Baby! 1st day win. ” Amanda called the team “cheats” for the way they achieved victory.

When Emy Alupei read her note, Priscilla said divided“One thing about Emy is that she’ll say anything she hates or does exactly what she does.” Ashley made it clear that she has nothing against Priscilla and commented: “Don’t hate Priscilla! I think she’s a bad ass !!! Just a little bit of beginner pressure we’ve all had it! “Amanda wrote,” Kyle in Emerald killed me. “

During the elimination, when the cast cheered Ashley on but revealed in her confessions that they wanted her eliminated, Ashley tweeted, “Oh and I’m wrong ??” added, “When was I sneaky … I’ll wait. (Except hunters). “In another comment she said:”I actually said that I wouldn’t stab my friends in the back with an emerald either…. But they were never my friends I’m so sad about it, honestly. “She said:

After her elimination, Priscilla wrote, “She is the champion for a reason. Thrown out by the best! I came. I saw. I have not conquered. But I do my best! “Ashley shared,” I want to be honest. I was on my second run to check the colors and she had just finished the tires. Big competitor either way. It was grueling. Proud of this future Challenge Champion. “

“The Challenge: Spies, Lies and Allies” airs Wednesdays at 8:00 p.m. Eastern and Pacific Time on MTV.