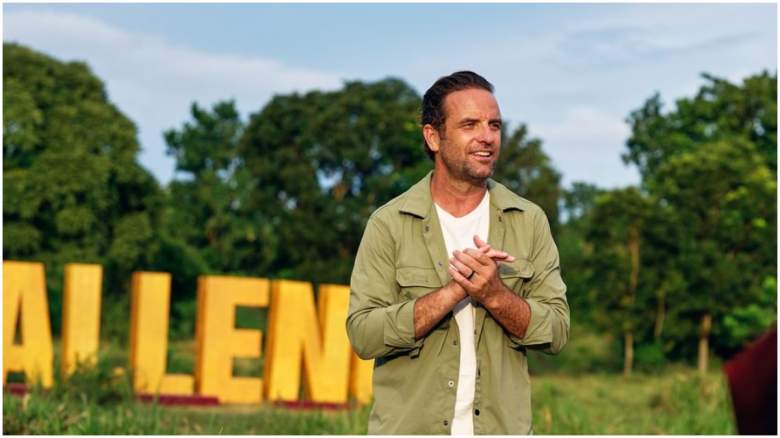 The finale of The Challenge: USA was highly controversial among the show’s fans and competitors, and it became even more controversial when Tyson Apostol’s exit interview with Entertainment Weekly was released.

A former competitor of the CBS spinoff was very open about his thoughts on social media when the finale aired, specifically regarding Desi Williams’ departure after her partner Enzo Palumbo quit in the first leg. “Lol this finale is a bloody mess. #TheChallengeUSA,” James Wallington tweeted as the finale aired.

He then added in a now-deleted tweet saved on Reddit, Enzo, Enough with your apologies. What an absolute joke. ARE YOU KIDDING ME?! [Desi] deserved better… Oh, and here’s a thought… Let Desi go ahead and pair her with the solo female in the finals. HOW WTF?! Angry.” He also wrote:

In response to a fan’s response, James added, “The finale eventually turned to individuals, so in the long run it wouldn’t have mattered if Desi teamed up with another female partner for parts of it.” He also said, “That does not mean that anyone has to agree with how it is handled. It’s a shame.” James isn’t the first “Challenge” competitor to say Desi could have kept up with the solo woman because there was one less male performer in the finale.

James also made some claims about the season, writing: “This finale shows what the whole experience was like for so many of us. i will say so much #TheChallengeUSA.” He then added one of his complaints about the season in a now-deleted tweet. “The Algorithm: It’s been messy and chaotic all season and ultimately was the downfall for a lot of great competitors this season…unfortunately for Desi it hurt them in the finals,” he wrote. James also said:

In addition to James’ comments, a fan of the show wrote, “I don’t get the point of #TheChallengeUSA. Was it to break all these incredible players? Do you want to show that it’s so hard? We cheer for these people. We really don’t want them to stop, get hypothermic or get hurt. What went wrong here?”

Finalist Domenick Abbate wrote: “Everything”. James simply replied, “Dom,” with a purple heart. He concluded that he was very grateful to have attended The Challenge: USA, saying, “I loved meeting everyone and competing and putting on that uniform… It doesn’t mean that though I have to love everything about this experience and that’s okay.”

There were many OG “Challenge” stars who also spoke out about the finale and said they had concerns about what happened, including Rachel Robinson, Janelle Casanave, Derek Chavez and KellyAnne Judd.

Perhaps most outspoken was Teck Holmes, who returned on All Stars and quickly became a fan favorite. He shared Tyson’s Entertainment Weekly interview and thanked him and writer Sydney Bucksbaum for “keeping it real.” He added: “The next season of @thechallenge should be called ‘Lies, Lies, & More Lies’ because there’s definitely a lot coming out of the production! #Facts #DoBetter.”

He also said it was like All Stars and they “got screwed,” adding, “Well I say fuck the challenge.”