The Challenge: All Stars 2 finale had serious production errors, according to competitors 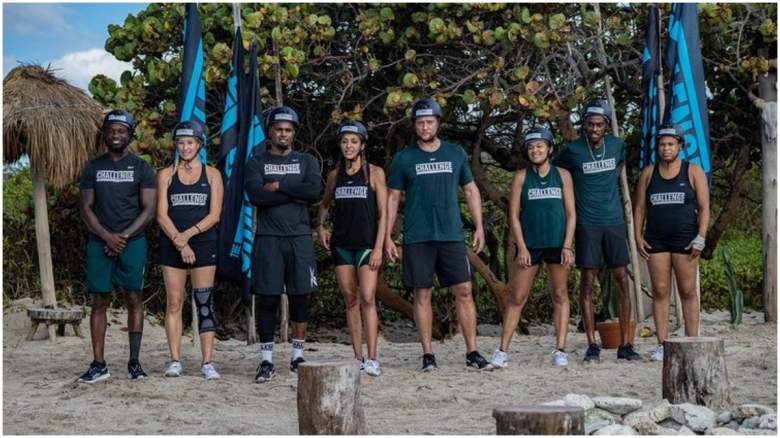 The grueling finale of The Challenge: All Stars Season 2 took place on Paramount+, and there were difficult stages that tested all the finalists’ abilities. Warning: This article contains spoilers for the All Stars season 2 finale, including the winners.

Teck Holmes and Ayanna Mackins were the team eliminated in the finals as Ayanna was unable to continue, leaving Darrell Taylor and Janelle Casanave, MJ Garrett and Jonna Mannion, and Melinda Collins and Nehemiah Clark in contention for the crown. After what appeared to be a close finish, MJ and Jonna managed to claim victory and split the $500,000.

In an Instagram Q&A after the final, Janelle revealed there was a big problem at the finish line and her locker never opened despite getting the combination right. She said that in the last leg of the finals, her strength in math made her “very confident that I might win”. She explained: “We actually got our math problem right, but our lock never opened. We followed the instructions to the T and to this day I have no explanation as to why our lock never opened.”

One question Janelle received was if she was disappointed to finish second, and she explained that what’s “annoying” her most is that she’s spent the past four months “beating herself up” because she got the mathematical equation wrong and that’s why the locker didn’t open. She said her equation was “without a doubt” the most difficult. She added:

She said she just had to accept that anything can happen in the final, even human error. She later clarified that they had the equation and combination correct and followed all the instructions. Another fan asked Janelle if she insisted the production pick the lock afterwards, and she replied that the producers would never agree. She also said she thought she got the combination wrong and it was only when she saw the finale that she confirmed that she was right the whole time and the lock just wouldn’t pick.

She was asked if she would return to the show, and she said she wasn’t “really sure … just based on some of the things in the finale that kind of never really suited me.” She explained, “As much as I love this game and I respect the people who put it together just to get to that final stage to get the right combo and so our locker never opens just… I don’t know if I want to put myself in that situation again offset.”

The Real World: Key West star said she’s grateful for the opportunity to compete again and reconnect with many of the show’s stars. “I don’t think it’s rigged, but I do think things are going wrong,” she concluded.

Jonna and MJ also discussed production issues at the finish line, except revealing that they actually got to the safes before their opponents. They told Entertainment Weekly that they got to the safe about 10 minutes before the others and MJ said: “We tried to open it and we knew we had the three correct numbers that we needed to open the safe .” He added:

Jonna agreed, saying, “They said, ‘Just go. Run to the plane.’” This happened before the other two teams got to the safes, revealed MJ. He said they ran halfway to the jet and were very confused because they had no money in hand. “Then suddenly a pickup truck comes flying up next to us and they say: ‘Jump in the back! You have to go back to the safe! You didn’t enter the codes correctly!’”

Jonna said by the time they got back to the safes, the other two teams were already there and had the right numbers too. “Everyone had trouble opening the safes,” she said. Adding that she wasn’t sure what would have happened if someone else had opened theirs first: “It wouldn’t have been fair for you to think about it because so much time has passed since they told us that it’s ok Just go, you won.’ And then we had to come back and they all film opening the safes at the same time.”