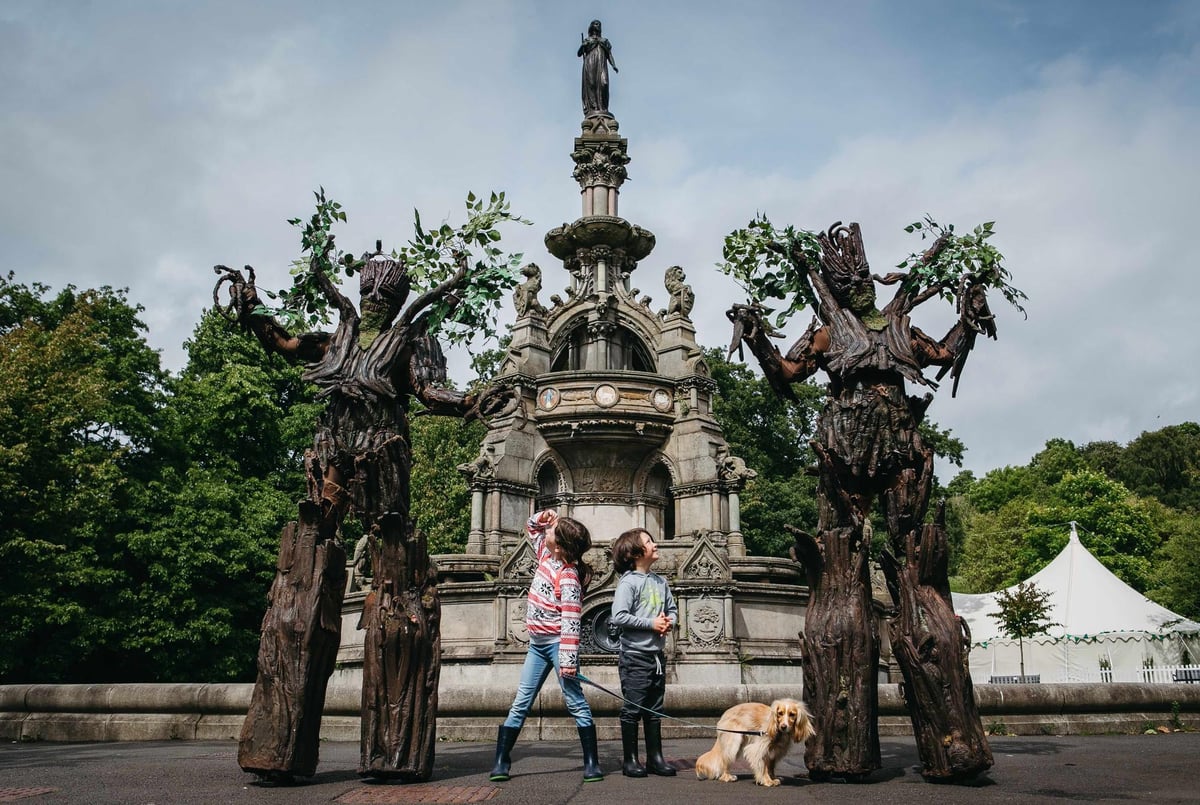 As late afternoon on Sunday cast the shadows of the trees across Glasgow’s Kelvingrove Park, it was hard to imagine a more idyllic setting for a festival in Scotland.

Leading a merry crowd through the park, the samba band musicians seemed to be having as much fun as their followers.

Around them, people were lying on the lawn, queuing for street food, ice cream or cold drinks, or strolling around the stalls.

It was a scene that was frankly unimaginable this time last year, but one that almost seemed like a throwback to another era of simpler, more carefree times – and events.

Last weekend, my first taste of Scotland’s post-Covid outdoor festivals, was a reminder of all that was great about them, but one that also raised some intriguing questions.

It was booked through visits to Kelvingrove for the biggest event to date in Scotland as part of Unboxed, the UK cultural celebration initiated by the UK Government in the wake of the EU referendum.

The project, pilloried for some time as ‘The Brexit Festival’, is gradually but cautiously emerging from its shadow thanks to a rebrand and the efforts of Martin Green, the chief creative officer of Unboxed and the Commonwealth Games in Birmingham Origins came out this year.

Unboxed launched in March with a spectacular opening sound and light show at Paisley Abbey and will roll out six projects across Scotland by the end of September, including Dandelion, the only one created in Scotland and literally rooted there.

There was undoubtedly something intriguing about the harvest-themed Dandelion and its ambitions to bring together musical and agricultural events, projects and partnerships across Scotland.

Developed during the pandemic, Dandelion has created important work for artists, musicians and creative producers at a time when the cultural sector is still a long way from a full recovery from Covid.

The line-up put together for the Kelvingrove event – one of two free Dandelion festivals, the other being planned for Inverness in September – was as strong as any other festival this summer.

But the nature of the event and the way it was paid for raised questions. How many of the festival’s 44,000-strong crowd knew it was inspired by the Brexit vote?

Was it fair for the Dandelion project to create and host large scale festivals in direct competition with other events that rely entirely on ticket sales, not just last weekend but throughout the summer?