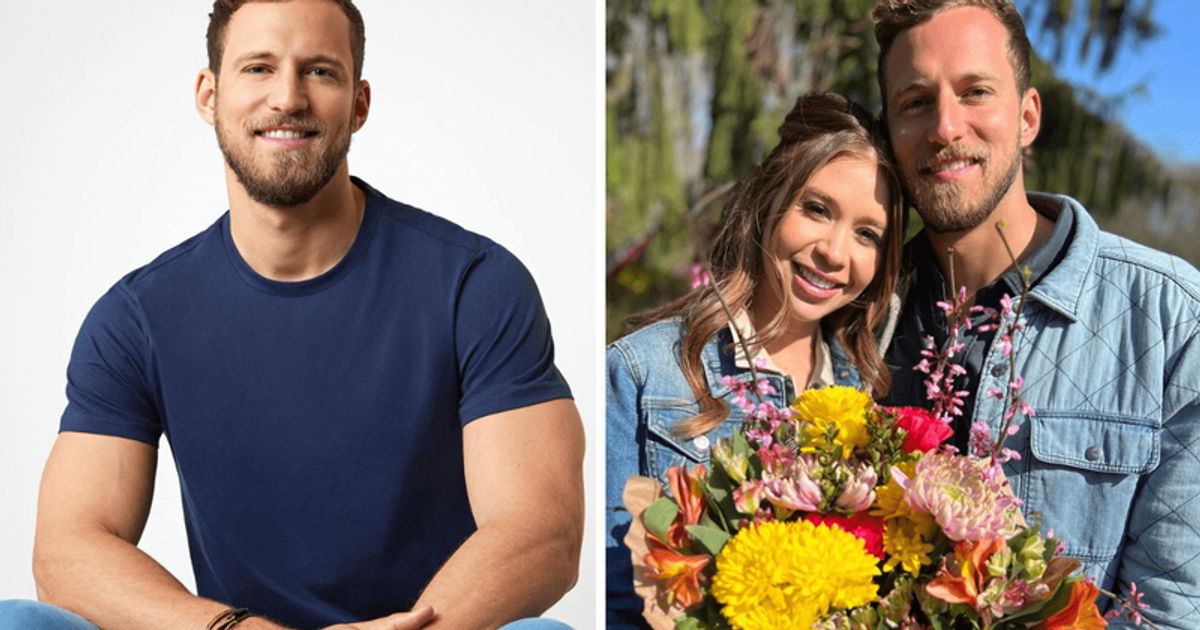 Erich Schwer, the man Gabby Windey eventually chose, has joined ‘The Bachelorette’ for his career, according to leaked news from an ex

BEDMINSTER, NEW JERSEY: A new controversy has erupted over Erich Schwer, one of the finalists vying for Gabby Windey’s affections on “The Bachelorette” this season. According to new text messages from his ex-girlfriend Amanda Kaylor, Schwer allegedly only joined the series to further his career.

The @BachelorNation.Scoop Instagram account revealed screenshots of alleged texts exchanged between Erich and Amanda Kaylor earlier this year, as well as pictures of their relationship. According to Reality Steve, who said he spoke to Amanda on the phone, the duo met on Hinge and dated from January to March before telling her he was going to be on the series. “I know this isn’t ideal, I wanted to do this to see if I could do something different with my life.” On March 10, he reportedly texted her, “I really like you Amanda. I didn’t think it was a big deal but I understand how you feel, I’m sorry and I understand if you don’t want to see me anymore.”

Who is Amanda Kaylor?

When she said, “You just expected me to keep dating you while you go on a reality show to ‘find love,'” Erich reportedly said, “It’s not real, but you’re right. I’m sorry I really did Don’t think this through. … I didn’t see the implications. I’m sorry, I thought we could agree on this. I really didn’t mean to hurt you.” In another alleged message, Erich told Amanda that he was “miserable” because he was “stuck in my career” and wanted a change, which is why he agreed to be on The Bachelorette. He reportedly brought her flowers on March 22, just before he left for filming, to make her “smile.”

Erich didn’t seem to contact Amanda again until July, the same month that “The Bachelorette” began. Production usually ends in May. “I’m so sorry Amanda, what I did was horrible.” On July 10, he reportedly wrote, “I don’t expect you to ever forgive me.” I just want you to know that I die think of you all the time and you truly deserve the best. I’ll never forgive myself, I hope you find happiness and everything you deserve.” Amanda claims she shared the screenshot to get ahead of the ‘Bachelorette’ finale and ‘After the Final Rose’ special, “a to shed light on his true character”. Erich has not yet publicly responded to the claims. This isn’t the first time Erich has been in the hot seat. He previously apologized after a photo of him in blackface emerged from his high school yearbook.

“I apologize from the bottom of my heart for the insensitive photo of me in blackface from my high school yearbook that was circulated,” he said on Instagram Sept. 8. “What I thought at the time was a display of my love for Jimi Hendrix was nothing but ignorance. I was naïve about the hurtful impact my actions had on the Black community and those closest to me, and I will forever regret my abusive and harmful behavior. I am deeply ashamed of my actions and understand that apologizing is only the first step in taking responsibility.”

The blonde woman is the single mother of her son August, who she often raved about on Instagram. “Mama an August”, it says in her biography, next to a cute photo of the two. From movie dates to days at the beach, Amanda and her child have the best time together. Amanda enjoys outdoor activities in her free time when she is not a full-time mom. The Santa Monica resident likes dirt biking and skiing, according to her Instagram. She even has Instagram highlights for both sports. Amanda shared a picture of herself amid fields of flowers with a comment that appeared to be a dig at her ex. “How I smile knowing I’m not getting engaged for clout,” read the caption for May 2022.

Amanda appears to have made her Instagram account private shortly after chatting with Reality Steve. Even as social media blasted Erich for getting Gabby dirty, his fans were quick to defend him, slamming Amanda for making her allegation just before the finale. Fans on Twitter were quick to react to the “Mullet-Man” and him being strangled in two back-to-back controversies. One Bachelorette fan wrote: “I 100% thought @GameOfRosesPod was talking about Erich’s controversy because I forgot about the yearbook thing. This man had two scandals in one week. #TheBachelorette.”

Some fans are now questioning whether the show will address this controversy the same way Nates did in the second part of the finale, which will air September 20. “You were quick to call Nate about the rumors about his ex, but I’m sure you won’t.” Erich’s situation with this other woman nor his racist behavior. He will pass to keep his image clean. #thebachelorette.” A fan also questioned Erich’s motives for going on the show as his father (who died July 6) was ill at the time: “It doesn’t make sense, so Erich has or had a girlfriend, but he decides to take part in a reality show to meet a person who knows his father is dying and probably won’t see him again before filming ends, if it’s true it’s awful #TheBachelorette.” Upon seeing Erich argue about being on the show, one fan wrote: “Ugh ok so Erich is just starting an acting career?! He never felt like this was real, or at least didn’t go into it that way? That sucks . #The Bachelorette.”