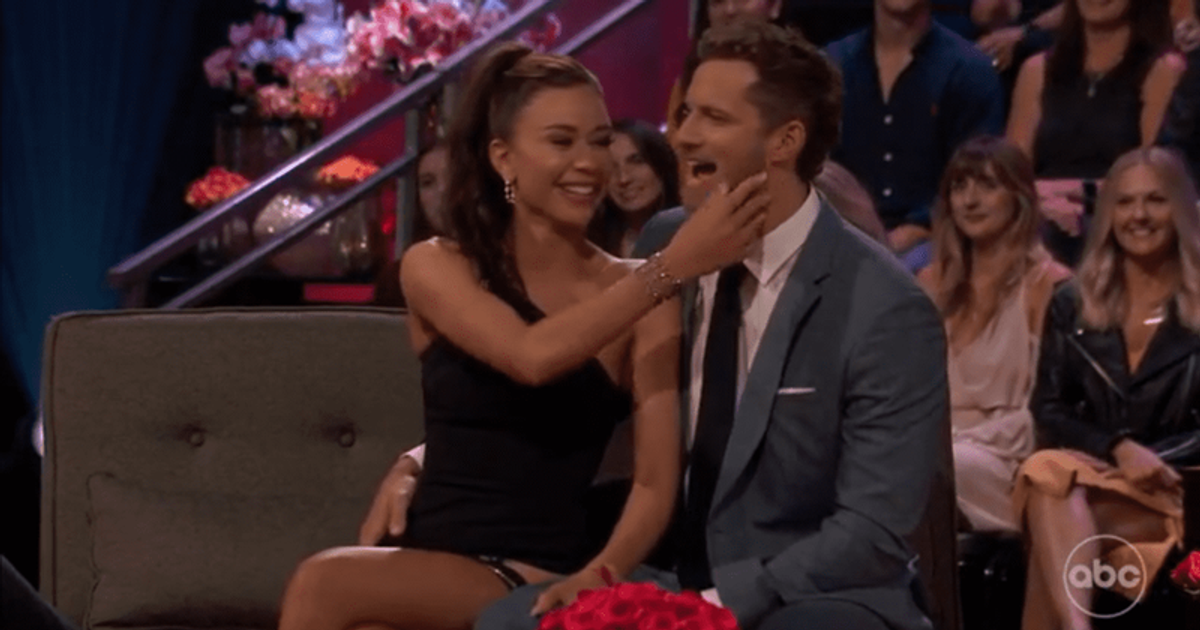 LOS ANGELES, CALIFORNIA: Erich Schwer proposed to Gabby Windey on the September 20 episode with a magnificent engagement diamond from Neil Lane in the second part of the finale of ‘The Bachelorette.’ Fans, on the other hand, are unfazed as they witnessed her story and are unsure if Erich was really on board.

Part 2 of the “Bachelorette” finale began with a heated debate between Gabby Windey and Erich Schwer about whether it was too soon to be engaged, but their journey ended with a marriage proposal at the closing rose ceremony. Gabby had previously told Erich that she loved him before the last rose ceremony and she reiterated her feelings when they finally met in Mexico. Erich got on one knee and proposed with an oval Neil Lane ring and the feelings were mutual. The huge diamond was set in a gold ring, but fans doubt Erich was really set on proposing to Gabby.

Erich was the last man left for Gabby in part 2 of the finale and she got the happy ending she wanted. Gabby began the rose ceremony by declaring her love for Erich. “As you stand right in front of me, you remind me of a love I’ve only known in my dreams,” Gabby said. “You loved me before I knew how to love me. You fought so hard for me in a fight none of us knew the outcome of. You mean the world to me. I thought you were too good to be true, but now I know you’re too good, but you’re true too. I love you and I want to love you as long as you let me and even longer after that.”

Erich delivered his own speech before getting on one knee. “It’s pretty hard for me to articulate myself all the time,” Erich said, “but I think the last time we saw each other was really hard just because we were waiting for this to be real. I know you hesitated about me and I didn’t know if I could keep up. You deserve someone who gives 100 percent for you, who is undeniably and unconditionally there for you. The reason I stand before you is because that person I want to be is you. One of the things I like most about you is that you bring out the best in me. The stars literally had to be in place for me to be here. You have to call it fate. I was scared to meet you, I was really nervous, and then we had our two or three little talks… our connection was crazy. What I think back on the most is that as soon as I met you I was 100 percent myself. I’ve never met anyone I’ve felt so comfortable with. I felt like I had known you for years. I didn’t know at the time but I had met my soulmate. You finally broke down your barriers and transcended our relationship to this insane level. You literally make me feel like the only person alive. I will fight every day for the rest of my life to keep this feeling. I love you Gabby Windey. You are the most amazing person I have ever met. It’s you and me until the wheels fall off. I want to spend the rest of my life with you. Will you marry me?”

Fans thought Gabby’s acceptance of his proposal was the result of their incessant harassment. As they watched the season unfold and witnessed Erich’s reluctance to propose to Gabby for just eight weeks, they wondered if he was proposing because he wanted to. A fan asked how quickly Erich came to this decision: “I missed the first few minutes. Can someone tell me last week Erich said he wasn’t ready to propose and Gabby cried to the producers. has he changed his mind? What happened? #TheBachelorettes.” Another fan, who agreed with Erich’s previous stance on proposing after only knowing him for a few weeks, wrote, “No way should anyone propose at the end of this show. You don’t really know these people Another fan called her proposal a “forced one” and tweeted, “It’s the forced proposal we’ve all been waiting for #TheBachelorettes.” One fan slammed the women’s decision to not propose by the end of the season and tweeted, “Important as both women wanted/expected engagements but one of them wanted it at the expense of everything else and the other was willing to be unsure if a proposal came up #thebachelorette #bachelorette.”

A viewer called out to Erich for his orchestrated proposal, writing, “He made this proposal with all the romance of a seventh grade kid giving a presentation, knowing his parents will take him to a movie because he does it well.” . #TheBachelorette.” Some fans even shared that they didn’t expect Erich to propose to Gabby: “I actually didn’t think he would propose, I’m shocked #TheBachelorette.”