‘The Bachelorette’ 2022: Fans praise Rachel and Gabby for kicking out ‘deaf’ Chris ahead of rose ceremony 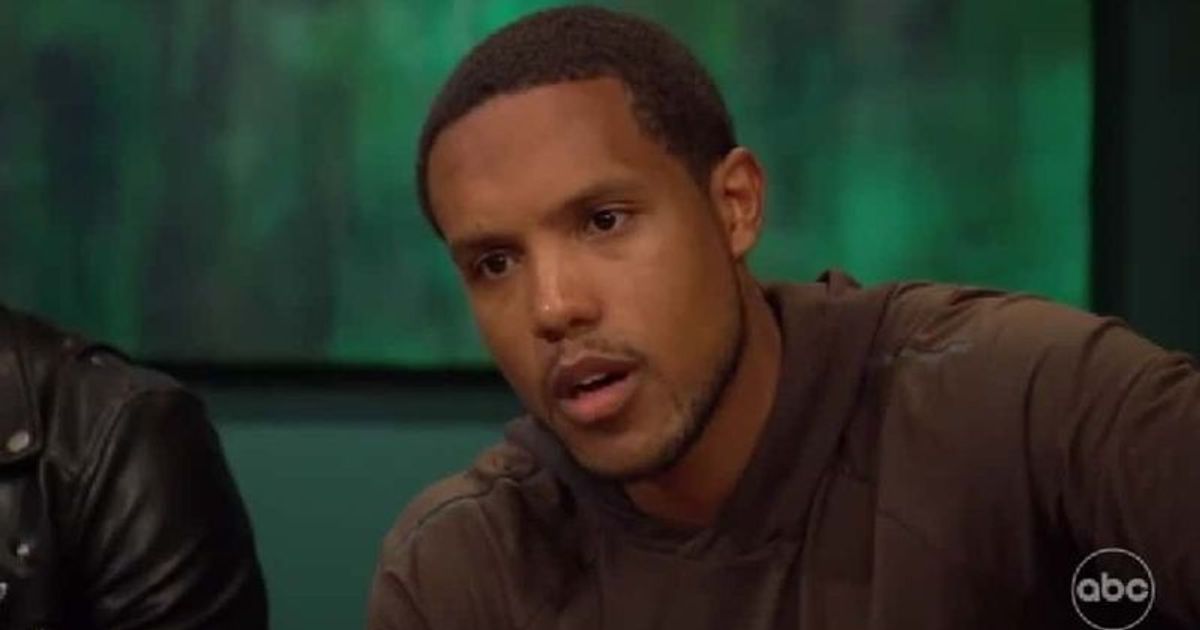 While Chris had a few opinions on Fantasy Suites, Gabby and Rachel wasted no time turning him down

There is no season of The Bachelorette without a villain. From manipulation to talks about a spin-off of their own, the reasons a contestant can get blacklisted by their castmates and fans are endless. But when it comes to damage control, it all boils down to how the bachelorette or bachelor wants to proceed. And it looks like Gabby and Rachel won’t be playing this season.

Fantasy Suites has always been a touchy subject on the show, especially when it was brought up earlier. And for Gabby and Rachel, whose time on Clayton’s season ended badly thanks to Fantasy Suites and Susie’s ultimatum, they’ve certainly been wary of how they approach their journey the second time around. However, it looks like the men had a slightly different idea.

As the ladies left for their one-on-ones, the conversation about Fantasy Suites broke out, with Chris taking the lead and giving his opinion. He made it clear that if he was last on those four dates, he would leave and if either woman had been with other men, he would leave without informing her. This didn’t sit well with the group, who tried to discuss it further just to get the conversation heated. Finally, during the cocktail party, Quincey, along with Jordan and Hayden, brought this up to Rachel, who then informed Gabby. However, the ladies took Chris aside, Gabby and Rachel called him about his condescension and asked him to leave the show. Chris reluctantly left, only to return to the villa in an attempt to confront the guys he had spoken to earlier. However, Gabby and Rachel immediately rushed in and insisted he leave. Fans were glad they didn’t waste a moment taking charge of the situation.

“Rach & Gabby met Team Tone Deaf Chris, he actually asked what is he doing now? LEAVING!! He ends up coming back looking for the boys?!? #Bachelorette #TheBachelorette #BachelorNation,” one fan tweeted. “Oh boy. I was on the fence about this Chris thing, but the audacity to come back through the house and try to put together your own constitutional assembly?! No darling! Just no. #TheBachelorette,” said one fan. “I can’t believe Chris literally went behind her back and tried to talk to the boys. Of course he gets caught. Who does that? They told them to go. #TheBachelorette,” noted another. “It’s those tricky moments where you have to kick out those goosebumps that having two leads is a good thing #TheBachelorette,” one fan wrote. “So why was Chris let back in? Security? Why were the boys actually seated there and followed his instructions? Raise your hand if…? Uh no. Thank goodness Rachel and Gabby are there. They seem to be the only ones in charge. #TheBachelorette,” said one fan.

What do you think? Were Gabby and Rachel right in asking Chris to leave? Was he out of line on his comeback? Sound off the comments below!

Did the late Gene LeBell choke Steven Segal until he soiled his pants? The legendary martial artist dies at the age of 89

Did the late Gene LeBell choke Steven Segal until he soiled his pants? The legendary martial artist dies at the age of 89