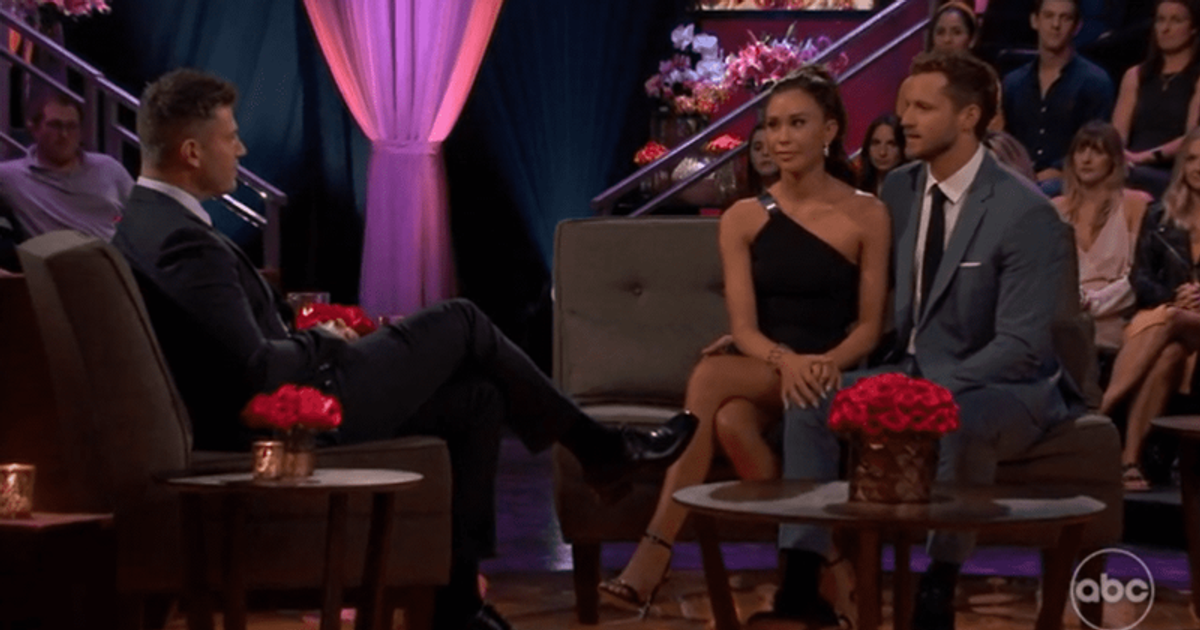 LOS ANGELES, CALIFORNIA: Erich Schwer and Gabby Windey made a live appearance in the second part of the ‘Bachelorette’ finale four months after getting engaged to celebrate their love. Fans believed Erich had a lot more to apologize for, though he’s finally opening up about texts he sent to an ex before filming began.

Gabby Windey and Erich Schwer got engaged in Mexico while filming The Bachelorette in May, but a lot can happen in four months! On September 20, they opened up about their current relationship status during a live performance on After The Final Rose. The appearance came after Erich faced some public controversy, including a revived blackface picture from his high school yearbook and claims by an ex that he intentionally ended their relationship to appear on the show to further his career. Fans thought there were important issues left unresolved when he finally went on the show and tried to take responsibility for half of his actions.

Gabby and Erich made their first live appearance as an engaged couple on After the Final Rose and they couldn’t be happier. However, they responded to the allegations made against Erich. Jesse Palmer confronted Erich directly with text messages he sent to his ex before the show, explaining that The Bachelorette was “not real” and that he just wanted to advance his career. “I chose the cowardly way out [with my ex]’ Erich clarified. “I hit on this girl and used the show as an excuse not to confront her about our relationship. I didn’t see a future, but we had fun, and it was easy to have fun instead of making the hard decision of telling her it wasn’t long-term. I think this is all proof that I am the last person who was ever expected to be on this show. I came here just hoping to make it past one night and see what happens. I had seen an episode before I got into it and just found it out when I got there.”

Erich explained that everything changed after meeting and getting to know Gabby. “I just wanted to spend more time with this person and see where it goes,” he explained. “It’s crazy to watch the progress [me] being like “whatever”, falling in love and ending up with the happiest ending possible. I wouldn’t change anything. If I could do it a million times, I would. The only thing I’m sorry for is the beginning. I want to own this. But I love this girl with all my heart. It’s 100 percent real. I never expected it and I want this forever.”

Gabby stood by her fiancé, although she admitted their relationship was “tough” at times. She admitted that Erich informed her about the text messages before they became public. “He wasn’t just thinking of himself and hoping he could walk past,” Gabby explained. “He was thinking of me. I think it was tough getting there, but our communication just got better and he’s kind and honest. I believe what he says. Not say [he] was right in [his] Actions – [he] was kind of an asshole to her and I’ve told him that before. But his honesty and willingness to take responsibility is all I can ask for and something I want in a partner. When you say yes to spending the rest of your life with someone, it’s not going to be easy, so we’re just trying our best to make it work.”

While Erich may think his clarification got him off the hook, Bachelor Nation viewers may have different opinions. Fans of the franchise slammed the show on Twitter for not confronting Erich about his other controversy. He previously apologized when a yearbook photo of him in blackface appeared online. Erich wears an afro wig and black makeup in the shot uploaded to Reddit. Fans were hoping that After The Final Rose would address both of Erich’s controversies, but no such luck. One fan who slammed the franchise tweeted, “WTF?? The Bachelor franchise not addressing Erich’s black face tonight speaks volumes. That’s it. I’m not watching this unmusical franchise anymore! – also deaf! #TheBachelorette #EndBachelor.” Some fans believe Erich self-posted these text messages so he wouldn’t have to address the “yearbook controversy”: “Now I think Erich self-posted these text messages so he wouldn’t have to address him, when he blackfaces #thebachelorette.” Another angry fan tweeted, “They asked Zach, “How are you feeling so far?”857 times but couldn’t find time to address Erich’s blackface…sounds about right #thebachelorette.Another Fan tweeted how the show got a black woman to improve Zach’s first impression to avoid addressing Erich’s controversy: “The show made Brianna ‘win’ the Twitter vote to make us forget like they let Black Face Erich off the hook. Keep all third parties open #TheBachelorette.” One fan tweeted that Briana was only chosen for ‘the show’: “Honestly poor Brianna.

One fan felt Gabby was being too gentle on Erich, while Rachel had a very different reaction: “Rachel would tear Erich apart #thebachelorettes.” Some fans have criticized Jesse for not confronting Erich and only blaming him for the lyrical drama: ” Can we talk about messy, messy Jesse? Baby sucked like the rent was due!!!! I can’t expect much from this show #TheBachelorette.” One viewer further chided ABC for using a black woman to get off the hook, tweeting, “#Bachelorette Brianna embracing Zach as a black bachelorette with a rose doesn’t change the fact that Bachelor producers @ABCNetwork and Jesse Palmer didn’t address Ehrich’s blackface photo. #thebachelorette.” Another tweet read: “Okay, I don’t have to catch up on this. #TheBachelorette #TheBachelor swore they would do better with racism and then completely ignore the winner who goes blackface.”