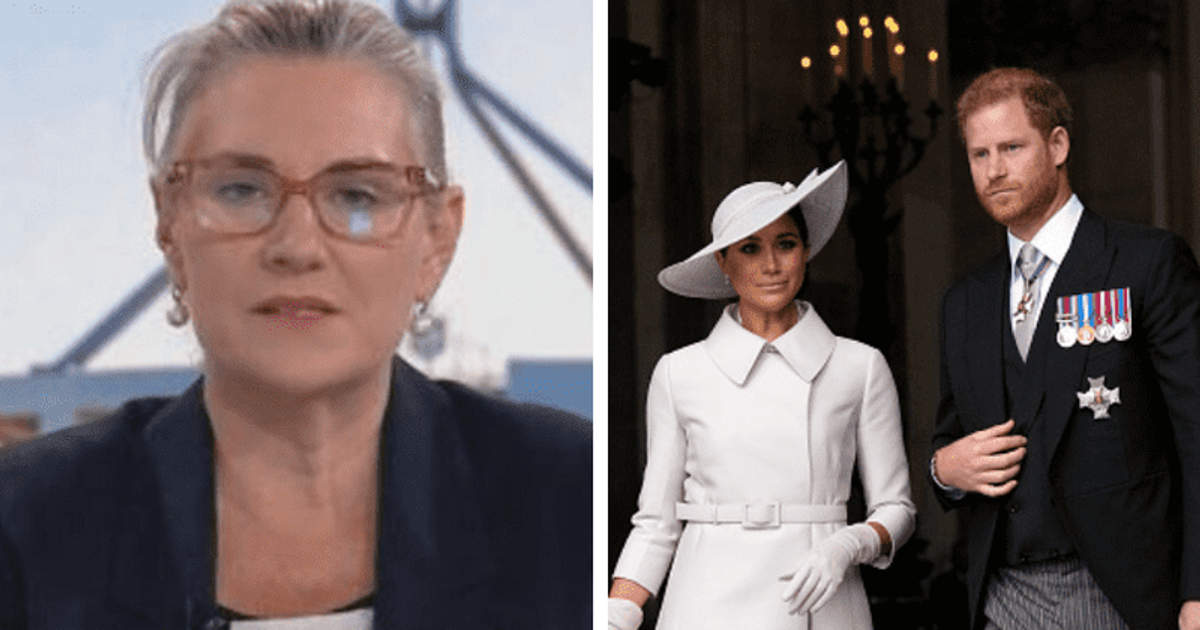 Australian Senator Hollie Hughes lashed out at the Duke and Duchess of Sussex, describing Meghan as a “terrible human being” in the TV interview.

NEW SOUTH WALES, AUSTRALIA: An Australian Liberal Senator, Hollie Hughes, described Prince Harry and Meghan Markle as “terrible, repulsive people” on the eve of Queen Elizabeth II’s funeral. However, the New South Wales senator’s shocking outburst on live television has sparked several online debates, with some social media users complaining about why the senator was criticizing the couple despite not even knowing them personally.

Senator Hollie Hughes, who has never met the couple, spoke on Sky News as Prince Harry prepared to attend his grandmother’s funeral. She largely blamed former actress Meghan Markle for the couple’s estrangement from the royal family.

Since the Queen’s death on September 8th, the whole world has had its eyes on the royals. During the funeral, Meghan and Harry walked down the aisle behind Prince William and Kate, as well as Princess Charlotte and Prince George, as they entered Westminster Abbey after the Queen’s coffin.

In a speech on Sky News on September 19, she said: “I’m fed up with both of them. I kind of long for the day when I hope that one day Harry will turn around and take one look and think, ‘What have I done?’ and comes to his senses and moves back across the pond. I think he made a terrible mistake. And I think she’s fine, I think she’s been a terrible influence on him.”

The politician added: “She is a terrible human being. It’s absolutely shameful. And I don’t know what’s going to happen to the book he made, not particularly nice things about the queen. They are horrible, disgusting, disgusting people and I absolutely don’t think they should be invited to that and I hope they don’t get invited to a lot of other things. Senator Hughes then speculated about Harry and Meghan’s divorce.

Internet users quickly took notice and hit the politician. One user tweeted: “Although Harry has publicly said that Meghan Markle’s mental health is being impacted by constant media negativity, fearing for her life and it brings up painful memories of his mother’s death, Australian Senator Hollie Hughes is heaping on more hate on. #auspol.” Another tweeted, “Hollie Hughes is a very strange woman. She speaks as if she has an intimate knowledge of Megan Markel despite not having met her. The kind of women who make false statements about other women, cause so much damage. And they don’t care.” A third tweeted: “I’ve never heard of Hollie Hughes to this day and already know she’s a blot on Australian politics. What a horrible person to turn her hatred on someone she’s never met when the Queen is being remembered. How embarrassing for us Aussies and the people she claims to represent.”

It doesn’t end there. Another person, disgusted by the politician’s comments, tweeted: “Liberal Senator Hollie Hughes’ vile attack on Meghan Markle reminds me that the Liberal Party has become as hateful, bigoted and racist as Pauline Hanson’s One Nation. #auspol #NoRoomForRacism #HarryandMeghan. Another chimed in by tweeting, “It’s like I have to take a shower every time I see this repeated. Hollie Hughes’ vicious and unprovoked attack on Meghan Markle is filthy and heinous. I don’t understand where hers came from.” cruel verbal disorder coming or why she would think it’s so vile it could pass as a reasonable comment.Another tweeted: “Wow. Meghan Markle needs such another person with a platform she doesn’t even know around her to join the despicable bunch. Disgusting. Hollie Hughes shows that SHE is a horrible human being.”