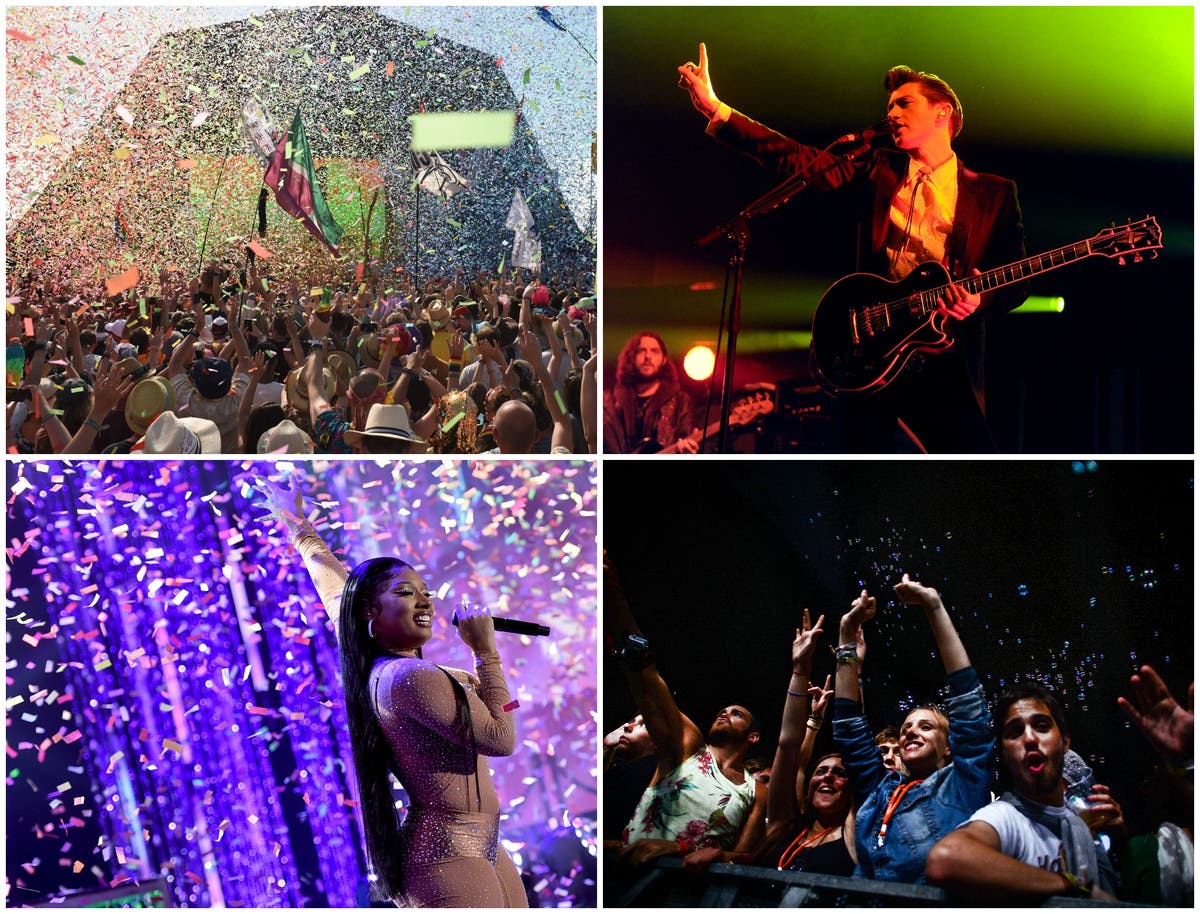 AAfter two years of almost total silence in fields and towns across the UK and Europe, the festivals are back and organizers are clearly determined to remind us what we’ve been missing.

Some of the biggest and best artists in the world line up to headline events in Portugal, Spain, Finland, Sicily and a muddy field in Reading. Each of these festivals offers something completely unique, be it because of its setting, line-up or what else it has to offer outside of music.

Take a look at our picks for this year’s best festivals:

The great kahuna – the one we’ve all been waiting for. After being forced to cancel two years in a row, Emily and Michael Eavis have put together one of the best Glastonbury cast in a long time. Headlining you have legends Paul McCartney and Diana Ross alongside young innovators: Kendrick Lamar and Billie Eilish. And it only gets better when you take a look at the poster: Arlo Parks, Charli XCX, Fontaines DC, Phoebe Bridgers, Sam Fender, Megan The Stallion, Self Esteem… Prepare yourself for the biggest party on earth . ROC

Set in the spectacular historic setting of Castelbuono, near Sicily’s capital Palermo, Ypsigrock is a boutique gem of a festival that never hosts the same act twice. That means you can guarantee something different every time – at least as far as the music is concerned. What never changes is the stunning main stage in the 14th century castle courtyard, the incredible food and the always excellent weather. ROC

Wilderness is all about the new, be it a new band, a new idea or a new experience. The main stage alone hosts an eclectic array of artists, from the Maccabees frontman-turned-solo artist Orlando Weeks to disco queen Róisín Murphy. There are late night dance parties, a dedicated folk stage, performing arts and a range of workshops including fashion and crafts. Over at the House of Sublime you can party with drag kings and queens, burlesque artists, cabaret and spoken word artists. If you need to recharge your batteries, you can sample one of the many dishes from the festival’s head chefs, including Tom Barnes (L’Enclume), Jeremy Lee (Quo Vadis) and acclaimed vegan chef Bettina Campolucci Bordi. Need to relax? Try the Goddess Space for specially curated women’s events or the iconic London running group Midnight Runners. ROC

With one of the best line-ups of any festival in Europe, Nos Alive has something for even the most discerning music fan, along with plenty of crowd favourites. In a peat-covered part of Lisbon’s docks, right next to the 16th-century Belém Tower, this festival offers spectacular music alongside the Portuguese capital’s bustling, brilliant culture. This year you can catch live performances from Metallica, Stormzy, Florence + The Machine, The Strokes, Fontaines DC, The War on Drugs, Royal Blood, Haim, St. Vincent and Phoebe Bridgers. ROC

A boutique and family-friendly festival, Standon Calling offers an eclectic array of live music performances. Headlining this year’s festival are the always entertaining Madness, pop star Anne-Marie, hip-hop artist Loyle Carner and rock veterans Primal Scream. Standon does everything it can to achieve a diverse lineup, and this year they’ve achieved 50 percent gender balance, along with a full day on the Laundry Meadows stage for female and non-binary artists. You’ll also find entertainment for kids, including Dick and Dom’s DJ Battle, a dedicated babysitting service, and arts and crafts, as well as stand-up comedy, late-night parties, excellent food and drink, and even a swimming pool if you fancy one refreshing bath. ROC

A real crowd pleaser, Latitude has something for everyone. The four-day event in Suffolk is popular for its diverse lineup – and this year is no different with acts including Lewis Capaldi, Foals, Phoebe Bridgers, Groove Armada, Kae Tempest, Little Simz, Manic Street Preachers and Rina Sawayama in Fontaines DC and self esteem. Music isn’t all that’s on the cards. Russell Howard will be headlining on the comedy front, while families can enjoy kid-friendly activities like dance workshops, puppetry and model making. If you can find time between all of this, cool off in the lake with wild swimming and paddling. A

Taking place in a scenic park 45 minutes west of Paris, Rock En Seine has become a firm favorite among European festival-goers with a penchant for indie music. This year’s line-up won’t disappoint: Arctic Monkeys, Tame Impala, Nick Cave and London Grammar are just a few of the many acts who will be performing in the picturesque gardens of André Le Nôtre. Where else can you say you’ve seen Alex Turner in front of a backdrop designed by King Louis XIV’s chief gardener? JS

Britain’s biggest rap weekender is back – and judging by the lineup, he’s set to make a massive return. This year’s festival takes place over two weekends at London’s Crystal Palace Park and Finsbury Park, with an event also taking place at the NEC in Birmingham on the second weekend. It appears almost all hip hop heavyweights will be in attendance with a line up consisting of Cardi B, SZA, Nicki Minaj, Tyler, The Creator, Dave, J Cole, Baby Keem, Kali Uchis, French the Kid, Flo Milli, Little Simz, Roddy Rich, Lil Uzi Vert, Playboi Carti, Ghetts, Jack Harlow, Polo G and A$AP Rocky. A