‘That’s it for her’: Jennifer Lopez’s mother believes singer’s marriage to Ben Affleck ‘will last forever’ 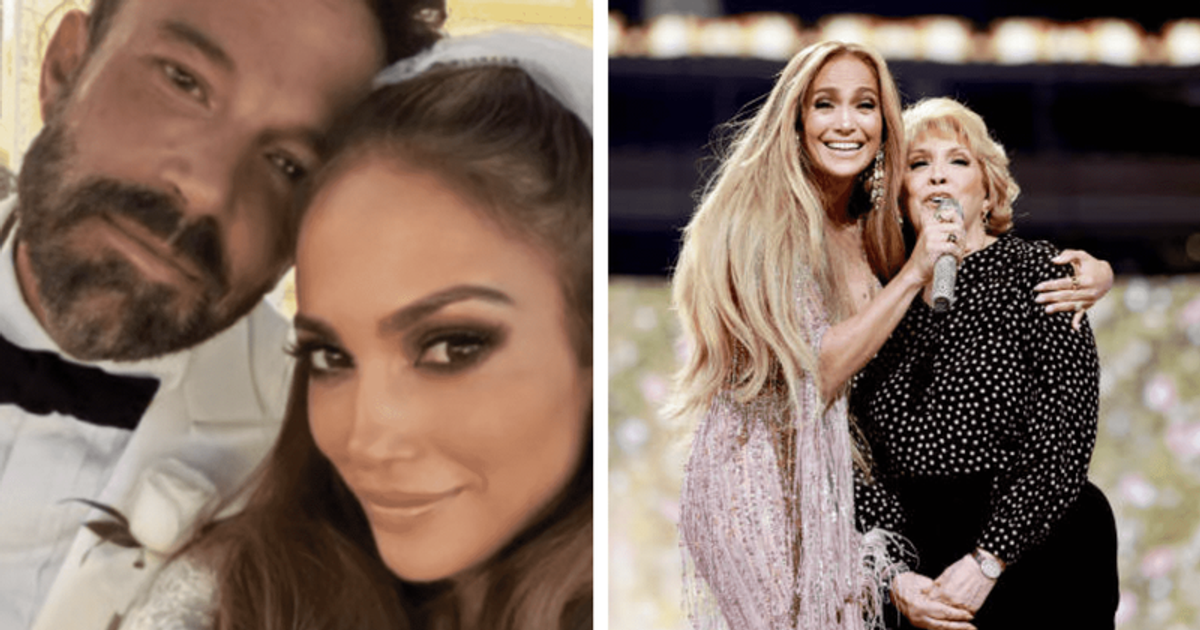 The positive comments come as a surprise, especially after the surprising revelation of Jennifer’s somewhat strained relationship with her mother

Jennifer Lopez and Ben Affleck are now married and the world can’t stop gushing about it. The Afflecks secretly married in a closed ceremony at A Little White Wedding Chapel in Las Vegas, and the singer broke the news with her newsletter On The JLo. However, she may need to revise that name since she dropped her last name. In her newsletter, she explained that love is patient, “20 years patient.” This indicates that after a brief relationship, the couple got back together in 2002 and married after two decades. They broke up only to end up together. A lot of people think that “that’s it,” and Jennifer’s mom, Guadalupe “Lupe” Rodríguez, thinks so too.

During an episode of ‘The View’, Whoopi Goldberg began by offering heartfelt congratulations to newly married couple Jennifer & Ben Affleck. Ana Navarro also opened up about the couple before leaking it to Sunny Hostin, who explained that she’s already spoken to Jennifer’s mom, Lupe. Hostin said: “I knew they would get back together. I knew they love each other. I spoke to her mother Lupe about it. Lupe has always said that Ben is her true love. They will live happily ever after and that is why she took his last name and she loves him. And that was it. That’s it for her. She should have married him the first time.”

The news comes as a surprise, especially after the surprise revelation of JLo’s somewhat strained relationship with her mother, as revealed on the Netflix documentary Halftime. Explaining how her mother Lupe beat her as a child, she said: “You [Rodriguez] did what she had to do to survive and it made her strong, but it also made her tough. She beat you up.” She explained that the strained relationship would often lead to physical altercations between her and her sister Leslie and Lynda.

The surprise marriage received a surprising amount of support, even from JLo and Affleck’s former partners. ET previously revealed through a source that “Marc Anthony and Jen and Ben and Jen Garner are all still getting along relatively well and sharing special places in each other’s hearts. There is no ill will from anyone and the common goal and focus is zero drama and prioritizing being great parents to their kids.” Regarding their kids, the source added, “Their kids have been feeling like they’ve been in Vegas since they got married United as a family and they are all super excited about what the future holds for all of them. They all get along really well.”

The 52-year-old singer wrote in her newsletter: “We did it. Love is beautiful. love is kind And it turns out love is patient. Twenty years patient. They graciously stayed open for a few minutes, letting us take photos in a pink Cadillac convertible that was apparently once used by the king himself (but if we wanted to show Elvis himself it cost extra and he was in bed). Lopez’s ex Alex Rodriguez also had no bad feelings about his split from the singer and her subsequent marriage to the ‘Gone Girl’ actor. A source close to Us Weekly said: “He’s happy for her and happy that she’s with the person she’s supposed to be with. He is now in a new relationship and happy too. He travels everywhere and lives his best life. He’s really focused on his family, his career and what he’s up to.”