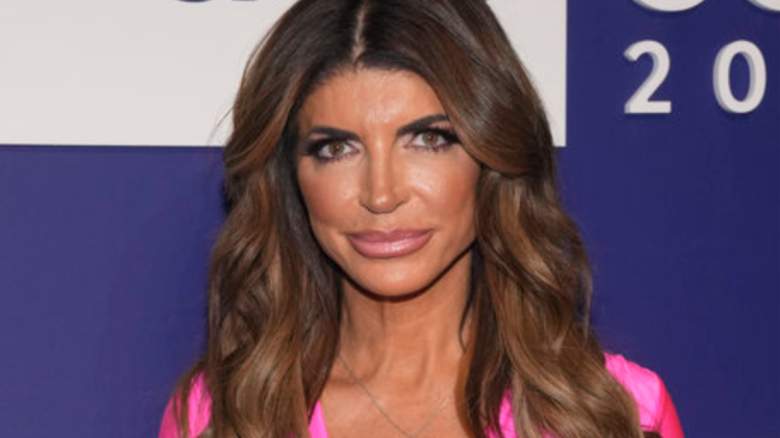 It’s no secret that Teresa Giudice and her brother Joe Gorga aren’t speaking. The two families got into a fight during the taping of the season finale of The Real Housewives of New Jersey, and things got so bad that Joe and his wife, Melissa, canceled Teresa’s wedding.

There hasn’t been any communication from side to side since the big blowout, but BravoCon rocked the whole situation a bit. It was the first time since filming the finale that Teresa, Joe and Melissa were all under the same roof.

All three reality stars attended different panels at the three-day convention in New York City, but their paths never really crossed on stage. The network was sure to keep them all separate — even during their own show’s panel, which was split in two. And while there was gossip that Teresa demanded she not get involved in anything Joe and Melissa were involved in, she recently shared the real reason they were all being kept separate.

Despite various rumors online, Teresa broke the record on the October 26, 2022 episode of the podcast “Namaste B$tches.”

“I also heard … the panels were split because someone else said something, because we didn’t want to be on the same panel together,” Teresa said.

“First and foremost, Bravo makes that decision… I’m not the boss, so it’s not my fault. And it’s like, common sense, duh, we haven’t had our reunion yet! So of course they wanted to keep us separate. They didn’t want to meet again at BravoCon,” Teresa continued.

“And you know what? Bravo is very smart to do that,” she added.

Andy Cohen has previously given a similar reason for the split panels.

“We’re on the precipice of a really great airing season in New Jersey, so we’re in a really floating place where when we get them all out together, they’re in a different place than the last time we saw them all as a group.” he said during the Ask Andy panel, according to Page Six.

The RHONJ reunion taping has yet to be announced, but with the new season not due out until early 2023, the ladies may have to wait a few more weeks for the reunion date to be set.

Teresa and her brother have been relatively open about the state of their relationship for now, and Teresa hasn’t been holding back on her podcast.

“I just wish he would stop talking about us,” she said.

“And that’s the last time I’ll talk about it. Because obviously a lot of things will be addressed at the reunion, and after that I’m done,” Teresa continued.