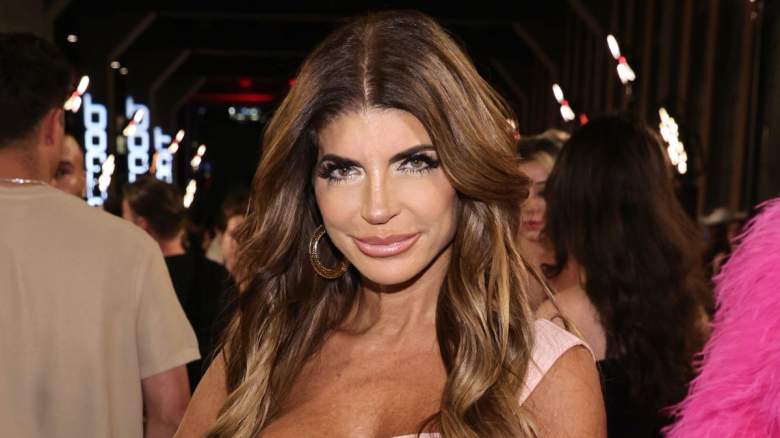 Teresa Giudice has been a star since the first season of The Real Housewives of New Jersey in 2009. The New Jersey-based mother of four is best known for starring on the Bravo reality show and early on when her famous table flip became a defining moment for the series. Giudice is so important to the show that RHONJ even took a break from filming in 2015 while serving a nearly year-long sentence for fraud, per Distractify.

Giudice is also such an important part of the Housewives franchise that Bravo host Andy Cohen told The Hollywood Reporter he considers her one of his colleagues and has “a great deal of respect” for her.

But would he support her move to another city in the franchise?

On November 18, 2022, Giudice was a guest on the Scheananagins with Scheana Shay podcast. During her chat with the ‘Vanderpump Rules’ star, Giudice revealed she’s jealous that she doesn’t live in California after spending a lot of time in Los Angeles this year while attending ‘Dancing With the Stars.’

“I’m sending it out into the universe … I really believe in it, I’m all about namaste,” Giudice said. “I think I want to be in California in four years. My youngest is going to college…”

Giudice noted that her husband Luis Ruelas has been talking about buying a home in Florida, but she told Shay she’s leaning towards a move to the West Coast — and that she’s also considering a move to one of the Real Housewives shows in Beverly would pull Hills or Orange County.

“Yes, of course, why not,” Giudice said of a potential franchise switch. “Yeah, but these b****es know how to cut a b****, you know what I’m saying,” she added of the West Coast casts.

After Shay pointed out that all Real Housewives shows can be cutthroat, Giudice agreed. “Our franchise, not me … they play dirty,” she said, adding that Beverly Hills is “so hot right now.”

If Giudice were to hop to another city, it probably wouldn’t be until RHONJ finished its run. During a November 2022 interview on Carlos King’s Reality With the King podcast, she vowed, “[I’m staying] until the end.”

“Nobody’s going to put me off,” she added. “I started it. I will finish it – as long as Bravo wants me.”

Giudice recently wrapped an intense RHONJ season 13 that culminated in a falling out with her brother Joe Gorga and his wife Melissa. The siblings remain estranged, and Gorga skipped his sister’s wedding to Ruelas in August.

In an interview with Metro UK in September 2022, Guidice vowed that even after all the family drama, she has no intention of leaving the show, which she has been on for 13 seasons.

“I’ll stay tuned until they want to get rid of me,” Giudice said in an interview. “I will always be there.”