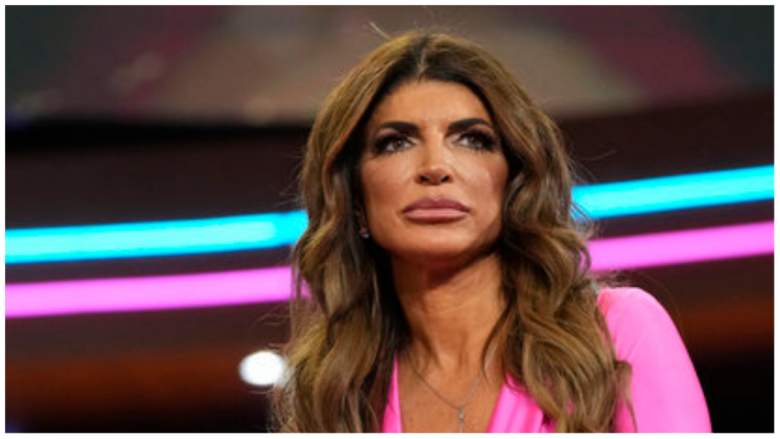 Teresa Giudice opened up about her ongoing family feud with her brother Joe Gorga and sister-in-law Melissa.

The Real Housewives of New Jersey and their family members have been estranged since they met while filming Season 13th Season of the Bravo reality show in the summer, but there have been problems for years.

Giudice has said she’s never seen RHONJ — and with good reason. But in a recent interview, she revealed she went back and watched some episodes and was “blown away” by what she saw.

Giudice guest-starred on the November 18, 2022 episode of the podcast “Scheananagins with Scheana Shay,” where she opened up about her long run at RHONJ and insisted her sister-in-law had joined the Bravo reality show behind her back years ago . Melissa Gorga has disputed Giudice’s claim, but Giudice was recently backed by former RHONJ producer Carlos King.

In an October 2000 episode of Heather McDonald’s Juicy Scoop podcast, King claimed that Giudice found out about the Gorgas casting “a week before filming began.”

King said Giudice told him, “Oh my god, I just found out that my sister-in-law and brother are cast members on this show. I didn’t know that until now.’ She had no idea. she [was] Freaking out: “What should I do? …That’s crazy. This is my family. I don’t want to fight with my family.’

Speaking on Shay’s podcast, Giudice said she was “taken aback” by what she saw once she started rewatching episodes of RHONJ.

“I was so blind,” she said. “I never saw the show [before]. Do you know why I haven’t seen the show? Not because I was lazy… thank god I haven’t seen the show because now that I’m watching the show, I see things my brother and Melissa said about me and my ex-husband. I’m ashamed. It’s so heartbreaking, so heartbreaking, so sad that my own family could talk about me like that.”

Giudice added that God was watching over her because if she had seen the show’s earlier seasons when they originally aired, “it wouldn’t have been good.”

“That would have upset my parents,” she said. “I kept the peace for my parents. But now that I don’t have her anymore, I’m free now. I’m done. I wish them all the best, I wish happiness in their lives. But please, just leave me alone. Keep my name out of your mouth and that’s it. i just want peace I’m so sick of being dragged through the mud for the past 10 years. And my sister in law lied to my face… it took 10 years but the truth always comes out… all these years how could you do that to your family? It is so sad.”

“I feel like a load has been lifted off me,” she added.

In August 2022, Giudice’s brother and sister-in-law skipped their wedding to Luis Ruelas amid their ongoing feud. On “Scheananagins,” Giudice said the low point at BravoCon in October was when her brother heard dissing about her new marriage.

Giudice was referring to a Watch What Happens Live game played at Bravo Fanfest. In one segment, Melissa Gorga was asked if she thought Giudice’s marriage to Ruelas would last longer than her husband’s stand-up comedy career, and she opted to take a sip of her drink instead of that to answer question.

But Joe Gorga happily took the bait and replied, “I’ll answer the question. My stand-up career, baby!” he told BravoTV.com. “I said it!” Gorga added. “IM so funny!”