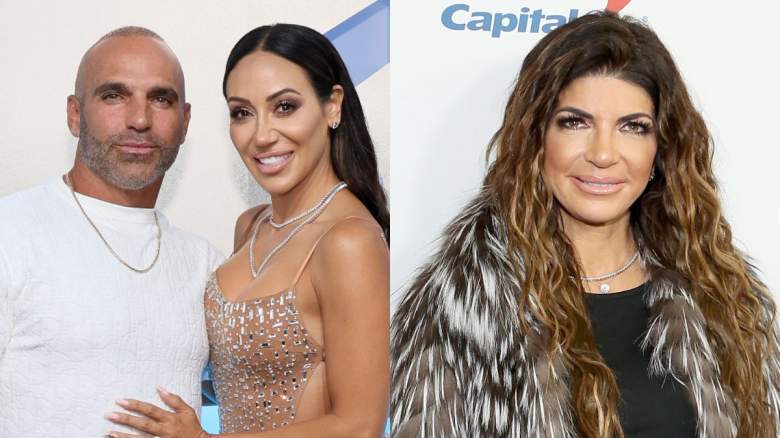 Teresa Giudice was recently open about watching The Real Housewives of New Jersey for the first time, as she said she stopped watching after her family joined the show in Season 3.

Giudice explained on a couple of occasions on her podcast Namaste B$tches that she stopped watching after her brother Joe Gorga and sister-in-law Melissa Gorga joined the show because it was “just too hard.”

On the January 11 episode of “Namaste B$tches,” Giudice explained that she “lived the show,” so she already knew what was going on, but that she “never knew exactly everything my brother and Melissa did.” said about me”. Giudice slammed her family members:

Giudice said it was “fucking crazy” to watch the show and hear everything Joe and Melissa Gorga said about them. She told her podcast co-host: “I mean, now I’ve put 2 and 2 together, it’s like they just came while filming was on. Like I’m that stupid.”

The RHONJ veteran said she feels like her brother is just using her and she never really realized it before because it was all about her family. Giudice added that she believes Melissa Gorga knew Giudice would always keep the peace and forgive them because their parents were there, so she felt free to say whatever she wanted about Giudice.

“But that bridge is cut off, it’s locked and it’s never going to happen again, damn it,” Giudice laughed as she closed.

The 13th season of RHONJ is upon us and one of the main stories seems to revolve around the broken relationship between Teresa Giudice and the Gorgas. The last viewers saw her at the season 12 reunion, where Giudice and Joe Gorga got into a massive argument and she called her brother a “B**** boy”.

Gorga eventually left the reunion set saying he was leaving the show, prompting Giudice to go backstage to talk to him. However, the two siblings continued to argue and eventually host Andy Cohen had to step in and stop Giudice from interrupting her brother. “I want to have a relationship with you, I love you, but you said some nasty things tonight,” Gorga told Giudice. “I don’t want to argue with you anymore.”

However, things took a turn for the worse in the summer of 2022 as the show’s 13th season was being filmed, culminating in the Gorgas’ decision to skip Giudice’s wedding to Luis Ruelas on August 6, 2022.