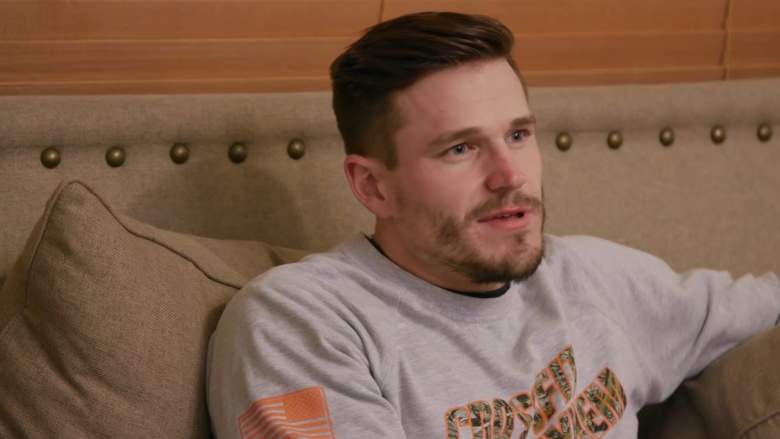 Too sweet! Chelsea Houska’s husband Cole DeBoer caught the attention of fans last week after he shared an “adorable” video of his daughter Layne, 4, on TikTok.

On Nov. 9, Cole took part in a viral TikTok trend in which parents are asking their kids to film them dancing.

That’s how it works.

The parents ask their child to record their dancing to Taylor Swift’s “Love Story,” but instead of pointing the camera lens at themselves, the parents point the lens at the child, capturing their child’s authentic reaction.

Cole decided to try the popular trend with his daughter, Layne. The Nov. 9 video began with Cole dancing to Taylor Swift while Layne, dressed in a red dress with a white trim, caught him. The video then cuts to a close-up of Layne reacting to her father’s dance moves.

Cole captioned the post, “Wanted to join this trend. I love you Layne! ❤️”

Fans raved about the father-daughter TikTok in the comments section.

“SHE IS THE CUTEST LITTLE GIRL 😭😭,” wrote one fan.

“So cute🥺,” commented another fan.

“The most adorable thing ever,” added a third user.

Many fans pointed out the resemblance between Layne and her older sister Aubree.

“She looks so much like Aubree 🥺,” repeated another user.

Chelsea and Cole have come a long way since they first met in 2014. The two have married, had three children and will now star in a new design show coming to HGTV.

To celebrate the couple’s eight years together, here’s a look back at Chelsea and Cole’s relationship

According to Us Weekly, Chelsea first saw her husband-to-be at a gas station in South Dakota in 2014.

The single mom recalled their first meeting in a July 2015 interview with Us Weekly.

“He was on the other pump,” she told the outlet. “I looked and he stared at me. We didn’t even talk. We just kept looking at each other because we’re both shy. And then we passed each other as we walked because we lived the same way.”

Chelsea said she went home after the brief encounter and told her friends, ‘I just saw the guy I’m going to marry at the gas station, but we didn’t talk.'”

Luckily, the story doesn’t end here. According to Us Weekly, Cole reached out to Chelsea on social media a few days later and the two began chatting.

In 2015, Us Weekly reported that the couple were preparing to move in together after a year of dating.

In an interview with Us Weekly, Chelsea opened up about Cole’s relationship with her daughter Aubree, telling the outlet, “He’s so good with her.”

In November 2015, Cole asked Chelsea to marry him. The Teen Mom 2 star shared the news with fans on Instagram. She posted a photo of her rocking an engagement ring alongside the caption: “He’s stuck now! 😍💍.”

According to Life & Style, Chelsea and Cole tied the knot in October 2016.

Chelsea shared a photo of the special day on Instagram with the caption, “Best.Day.Ever. 01/10/16.”

Chelsea and Cole welcomed a son named Watson in January 2017. Chelsea shared the news with fans in an Instagram post on Jan. 25.

“Welcome to the world sweet boy 💙,” she wrote in the caption.

In August 2018, the couple welcomed another child together — a daughter named Layne. Chelsea shared a picture of the newborn wearing a white romper on Instagram with the caption, “Happy birthday sweet baby Layne 🖤.”

Chelsea and Cole welcomed their third child together – a daughter named Walker – in January 2021. The 16 and Pregnant alum announced the news on Instagram and shared a photo of the newborn.

“Walker June, 6lbs 1oz 🌻,” she wrote in the caption. “She decided to share a birthday with her big brother Watson and surprised us when she came last night🤍.”

CONTINUE READING: PHOTOS: See how the “Teen Mom” ​​cast has changed over the years