‘Teen Mom’ dad says he would ‘love’ to have another child 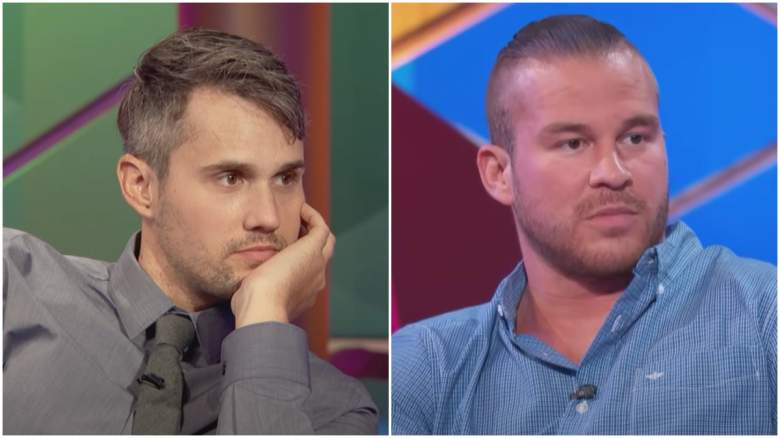 Speaking to The Sun on May 18, 2022, Griffith, formerly engaged to Jenelle Evans, opened up about his life and new marriage to May Oyola.

“I would love to have another child, one that I would have 24/7,” Griffith told the outlet.

Still, he said he would like to own a home before expanding his family.

News that Griffith had remarried surfaced in early May 2022. The announcement was shared on Griffith’s Facebook page and was confirmed by a marriage license dated April 15, 2022 in Miami-Dade County, Florida.

Griffith is father to a son, Kaiser, seven, with Evans, and a daughter, Emery, from a previous relationship.

He previously told The Sun about his relationship with Evans following their split: “Jenelle is actually a mother and she has actively involved me in my son’s life.”

The two were embroiled in a custody battle over their son Kaiser until October 2020, when Us Weekly reported that a settlement had been reached.

Speaking to In Touch, Evans later shared: “I’m glad both parties can settle out of court instead of arguing. I feel like co-parenting at such a young age is scary and difficult to cope with. Not everyone will get along to begin with. Everyone has a little room to grow, and [I’m] Super glad we can all be on the same page now. Kaiser is much happier and it’s a very positive change.”

In his interview with The Sun about his current marriage, Griffith shared that Kaiser had trouble opening up to his new wife.

“Kaiser is really protective of me, so it was a bit rocky at the beginning. He has opened up to quite a few women in his life now. And he became very close to my ex. That put him on the defensive with me.”

Griffith continued, “He’s finally opening up to May and he didn’t ask me for everything and now he’s asking her for everything, which is really cool to see. I think he was just being guarded.”

Griffith explained that he and Oyola are planning another wedding in Argentina to celebrate with her family. It’s unclear if his son will attend the celebrations.

Griffith told The Sun that he and Oyola are hoping for a quiet wedding.

“We’ve wanted to get married for a while but have faced bumps along the way. We ended up getting married on the rooftop of a hotel in April and had someone to certify the ceremony with us.”

Griffith last made headlines in March 2021 after he “spooked” the judge in his 2019 DWI case. An arrest warrant was then issued, according to TMZ.

The outlet added that Griffith was arrested in Cary, North Carolina. In October 2019, he told TMZ that he was not in the car when the incident happened. Griffith confirmed the keys were in his car, “and he was walking to meet friends at a restaurant when he was pulled over by police, who he claims were responding to a report of a man sleeping in his car.”