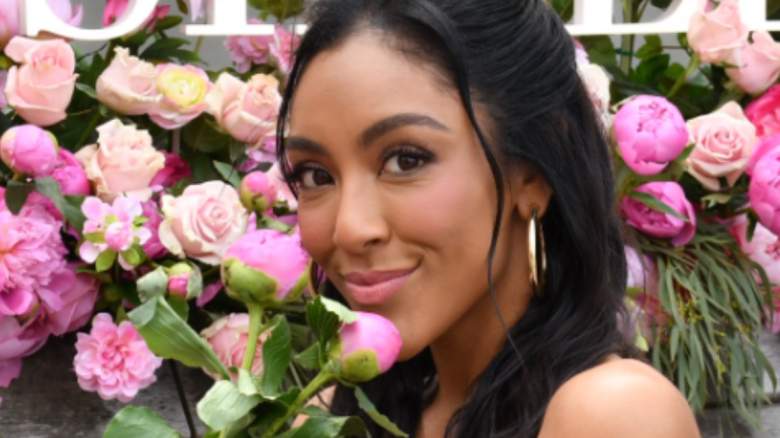 Former “Bachelorette” star Tayshia Adams responded to someone who commented on one of her Instagram posts – and what she had to say made headlines.

The reality star got engaged to Zac Clark on her season finale, but called it quits after less than a year of dating off-camera.

“Tayshia Adams and Zac Clark aren’t a couple anymore,” a rep for Adams told People magazine in November 2021. Since their split, Adams has been focused on herself. She hasn’t gone public with any other guy and has filled her Instagram with positive experiences she’s had over the course of a year.

Though many fans have wondered if Adams is looking for love or if she’s interested in finding someone, she seems to be in a different headspace. On one of her recent Instagram posts, someone made a comment about Adams’ apparent “detour” from wanting to get married and start a family — and Adams responded by standing up for herself.

One Instagram user managed to get Adam’s attention, and that one particular comment actually sparked a reaction from the former reality star.

“So nice that you are in a happy place. You do you you definitely took a detour off the path you wanted to get married and start a family it’s not for everyone so it’s good that you realized your career is more important before you get married, can you imagine how much more difficult that would have made things,” the Instagram user wrote, adding the high ten emoji.

While the social media user didn’t mean to be condescending in any way, Adams decided to respond to set the record straight.

“Did I take a detour or am I just living and enjoying my life in his current season? I still want to get married and have a family more than anything, so I think you meant what I’ve “realized” – waiting to be in a healthy supportive relationship while also being a successful woman; a coherent entity, not one or the other. I think some of you don’t remember that I started this at the very beginning of my journey. I want to build an empire, I want to pursue my dreams and I want my partner to support that as they are also following their own dreams,” Adams wrote.

When Adams wrapped “The Bachelorette,” she probably didn’t think she would end up breaking up with the person she fell in love with. However, things didn’t work out for her and Clark and she made the decision that she felt was in her best interests.

Looking ahead, Adams knows exactly what she wants — and she won’t settle.

“I want a relationship where we cheer for each other. Nothing changed about that. So before you confuse the fact that I’m wrong in focusing solely on my career instead of with someone by my side, and not “wanting to get married and start a family, which isn’t for everyone” (which is incredibly rude tell me by the way),” the former Bachelorette added.

“Maybe you applaud me for not settling down, staying true to myself, following my dreams and in the meantime working on myself to be the best version of myself for the right person,” Adams concluded.

CONTINUE READING: Arie Luyendyk could be gone for a month while filming a new reality show