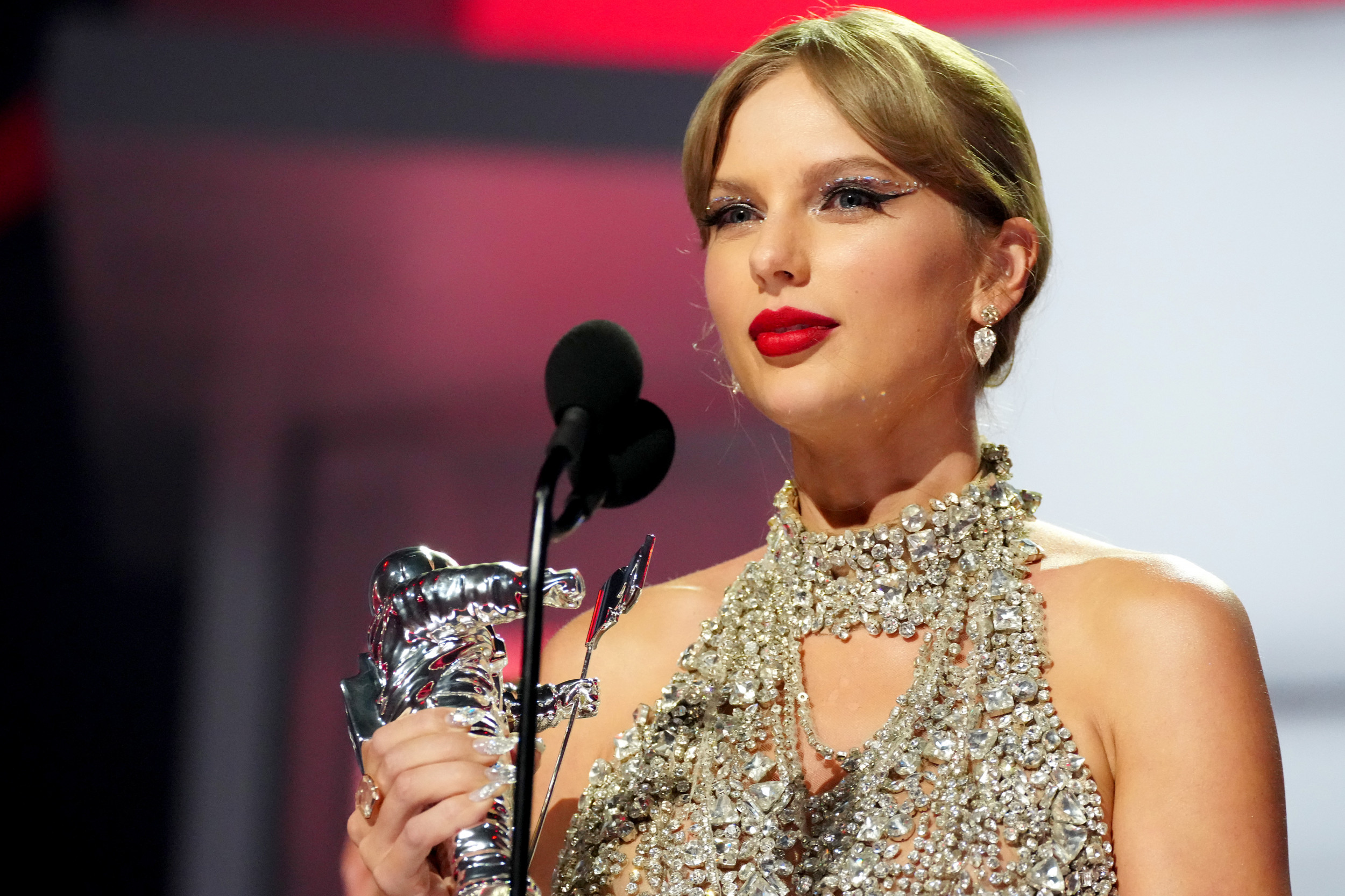 Taylor Swift dropped a bombshell Sunday night when she announced her upcoming tenth album. Midnight, at the MTV VMAs.

After winning video of the year for her self-directed “All Too Well” clip, Swift told us about the new album at the end of her acceptance speech and practically asked her fans: “…I am ready?”

On Twitter, Swift wrote: “Midnights, the tales of 13 sleepless nights scattered throughout my life, comes out on October 21st. Meet me at midnight.”

Fans have started speculating about the wildest Easter eggs Swift might have left for them, leading to this Midnight-including that she may have referenced the album’s aesthetic by wearing a blue dress to the VMAs afterparty.

Leaving clues is a trait she seems to tend towards on all of her projects. Finally, in November, Swift told Jimmy Fallon, “How far is too far ahead? Can I hint at something three years in advance? Can I even plan things that far?”

And even that comment was used as evidence for a larger theory, which is that this album is suspected by many to be her album’s sister album. Lover, which came out in 2019.

A fan also explained it in a TikTok shared on Twitter. The user, @idontlikejohnmayer1331, wrote: “When I think about how Swifties have completely forgotten about this random theory that Lover had a side B that would be ‘blue’ and how Taylor said she sometimes took things three years im.” Plans ahead and like them the daylight ends with ‘…the things that haunt me in the middle of the night…’ and now we get Midnights…this is literally an album about things they’ve been doing for 3 years Chasing Lover in the Middle of the Night (which was originally going to be called Daylight) came out.”

While midnight connection to Lover seems to be the theory fans are struggling to figure out, with others speculating on the possible title names Swift has yet to reveal.

A user on TikTok known as @theThriftySwiftie made a video pointing out the lines from the album announcement Swift posted on her social media, and suggested some of the track names were in the post.

Others think the song titles could be the dates of the “13 sleepless nights” Swift mentioned. one user on Twitter, noting, “That’s rightly the most messy thing she could do.”

Others are eagerly awaiting the first single from the new album. Twitter user @eliseryann wrote, “My own PERSONAL theory is that we’re getting a lead single soon for the anniversary of The Incident*👀.”

The incident in question occurred at the VMAs show on September 13, 2009, when Kanye West interrupted Swift’s acceptance speech when she won the Best Female Video award.

Some are also theorizing about collaborators on the upcoming album. While Swift is known for collaborating with some equally talented singers and songwriters (including Ed Sheeran, Bon Iver, and Gary Lightbody), the intimacy Swift has shared about collaborating on the project has some fans wondering if there will be a collaboration.

One Twitter user speculated: “Jessie’s villain’s theory: I don’t think Taylor’s album ‘Midnights’ will have any featured artists because Taylor says ‘this is a collection of music written in the middle of the night’ so that’s why it will it’s personal and so maybe she’d like to sing all the lyrics herself.”

No matter what theories come to fruition on October 21st, fans can rest assured that the album will be emotional, vulnerable and magical, and we can’t help but agree.