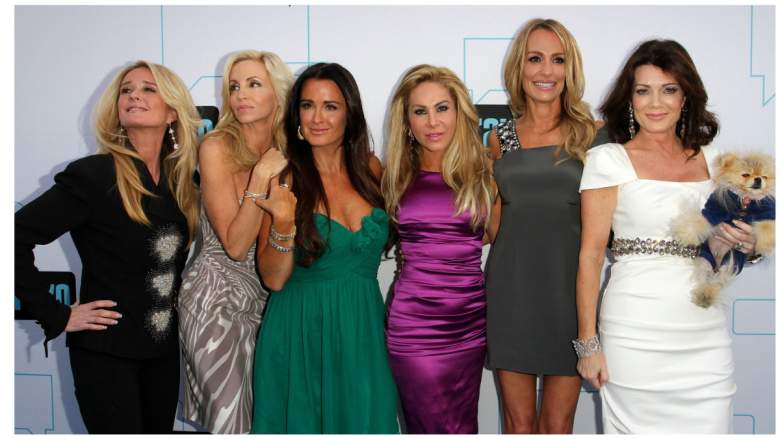 Taylor Armstrong was an original actor on The Real Housewives of Beverly Hills. The show’s first season starred the mother-of-one alongside Lisa Vanderpump, Adrienne Maloof, Camille Grammer, and Kim and Kyle Richards. Armstrong appeared on the show for three seasons, from 2010 to 2013, and “guest” appearances several times thereafter.

Armstrong’s tumultuous personal life was brought to light when she was on the Bravo reality show. After she filed for a divorce from her abusive husband Russell, he committed suicide, per E! News.

In 2020, Armstrong told the Bravo insider Afterlife that her Real Housewives of Beverly Hills co-stars were like “family” to her as she struggled with her abusive marriage and the aftermath of her husband’s death.

But the RHOBH OG seems to have a different feel for more recent incarnations of the show, which have featured a few additional cast members who sometimes don’t have a strong connection to the core group of ladies. The current cast of RHOBH includes newcomers Diana Jenkins and Sheree Zampino.

On the July 11, 2022 episode of the podcast, “Behind the Velvet Rope with David Yontef,” Armstrong addressed how the hit series has changed over the years. Recent seasons have seen more girl gang gang ups and negative storylines targeting individual cast members.

Armstrong pointed out that the original cast members were actually friends. “Adrienne and I were close long before we made Housewives,” she told Yontef. “Our babies were together in mommy and me. And we spent a lot of time together. At our preschool in Beverly Hills we would go for coffee and our kids would play together.”

She added that the dramatic scenes filmed for the show’s early season worked because the co-stars genuinely cared about each other and it was shown on camera.

“I think we were so emotionally connected because we cared about each other,” she said. “And for me, I don’t really get upset about people I don’t like or I don’t like. So I think the tensions were so high and the drama so extreme because we really cared what the other was thinking and protecting each other. I think that bond is something without it becoming very artificial television.”

During a July 12 appearance on Watch What Happens Live, Armstrong also said that the original cast members would have each other’s backs if they thought one of them drank too much during filming. “Kyle and I used to have a little code,” she said. “Whenever either of us started drinking too much … we were like, ‘Your earring is falling out.'”

One of the most iconic RHOBH episodes of season one was the famous “Dinner Party From Hell,” which featured a dinner party hosted by Camille Grammer with impromptu readings by medium Allison DuBois. During an awkward scene, DuBois puffed on an e-cigarette as she told Kyle Richards that her husband Mauricio Umansky would “never fulfill her emotionally.” “Once your kids are grown, you have nothing in common,” revealed DuBois Richards.

“I didn’t know what we were getting into with this Alison DuBois play,” Armstrong said in an interview with Yontef. “At first it seemed very staged how she acted. And it was like the crazy psychic personality. And then as the dinner party went on it just seemed crazy and forgetting about psychic things.”

“I remember Camille at the beginning when we were having our specialty cocktail, she said, ‘Don’t let Alison drink too much or she’ll go crazy.’ And I think we all go crazy when we drink too much. But this girl can take it to another level,” Armstrong said.

“When she started getting, you know, it’s one thing to argue about, but when it starts going below the belt,” Armstrong continued. “I love Kyle and Mauricio and they have an incredible marriage and she started saying things about how … Mauricio doesn’t fulfill her. And I was like, okay, this chick is gonna start going below the belt. And it only gets worse from here. And I think it just got completely out of hand before either of us realized how crazy it was going to get.”

According to TooFab, DuBois’s friendship with Grammer ended years ago, and her opinion of Richard’s relationship hasn’t changed even though the “Halloween” star was married to Umansky for 25 years.

“They’re still boring,” DuBois tweeted in 2018. “Especially Kyle. You can change players on the show, Kyle will still never be emotionally fulfilled. Kyle he likes West Hollywood what are you gonna do?”