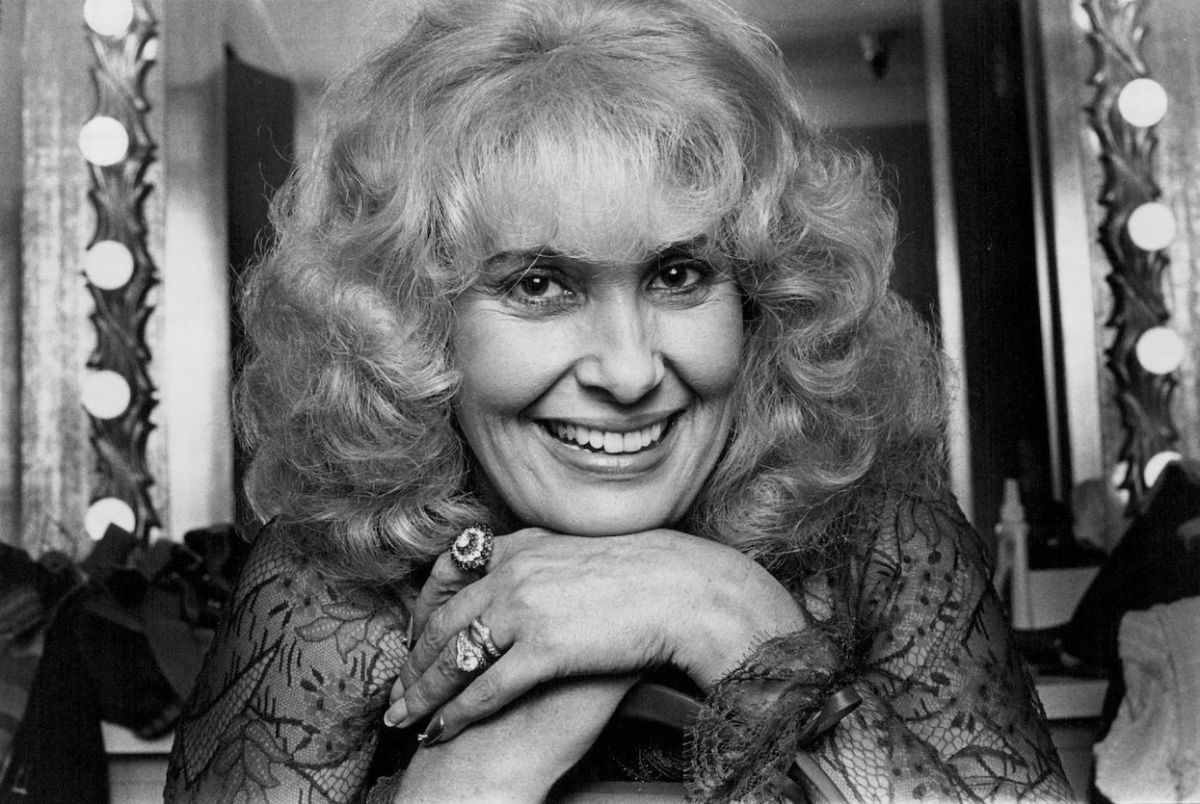 Country star Tammy Wynette has married five times in her 55-year life, and some of those unions have been stronger than others.

Coincidentally, her fifth husband provided entertainment at her fourth wedding, and his wife served as her maid of honor. After their marriages failed and they were married, she explained why she thought the fifth time would be the appeal for her.

Wynette had three children with her first husband before leaving that marriage, but not before undergoing shock therapy. She met her second husband after moving to Nashville, but left him and eventually married George Jones.

Jones and Wynette remains one of the most iconic matches in the genre. Their six-year union produced a daughter and inspired Showtime’s George & Tammy. However, they had a tumultuous relationship full of ups and downs, including claims that he once chased her with a loaded shotgun.

They divorced in 1975, although they eventually formed a friendship that lasted until her death in 1998. After their split, fans hoped they would reconcile like before. She was also linked to Burt Reynolds for a while before she was ready to walk down the aisle again with husband number four.

After Wynette divorced Jones, she married a man she had only known a few months. George Richey played the organ at their wedding, and his wife, Sheila, served as maid of honor.

Eventually, both couples divorced, and Wynette and Richey married in 1978, the same year she was allegedly kidnapped. Shortly after those momentous events, Wynette told The Washington Post she thought her fifth marriage would last because she married her friend.

“To me, liking someone is just as important as being in love with them,” she remarked. “Because if they like me and really like what I am and what I stand for, then they’re going to love me.”

Depending on who you asked, Wynette might have been right about her last marriage. It was 20 years before she died in 1998. However, her daughters suspected that Richey had abused her and went public with these beliefs after her death.

In Tammy Wynette: Tragic Country QueenAuthor Jimmy McDonough wrote that the “Stand By Your Man” singer was trapped in her final years. “Trapped in an addiction she couldn’t break, trapped in an illness that caused endless pain, and many say trapped in a marriage to manager/husband George Richey that made things worse,” McDonough explained (NPR).

“She seemed kind of desperate to me,” said their drummer, Charlie Abdon. “I think she knew Richey used her a bit. I mean, we all used them a bit.”

The Paul McCartney Album Released Under a Fake Name

The Paul McCartney Album Released Under a Fake Name