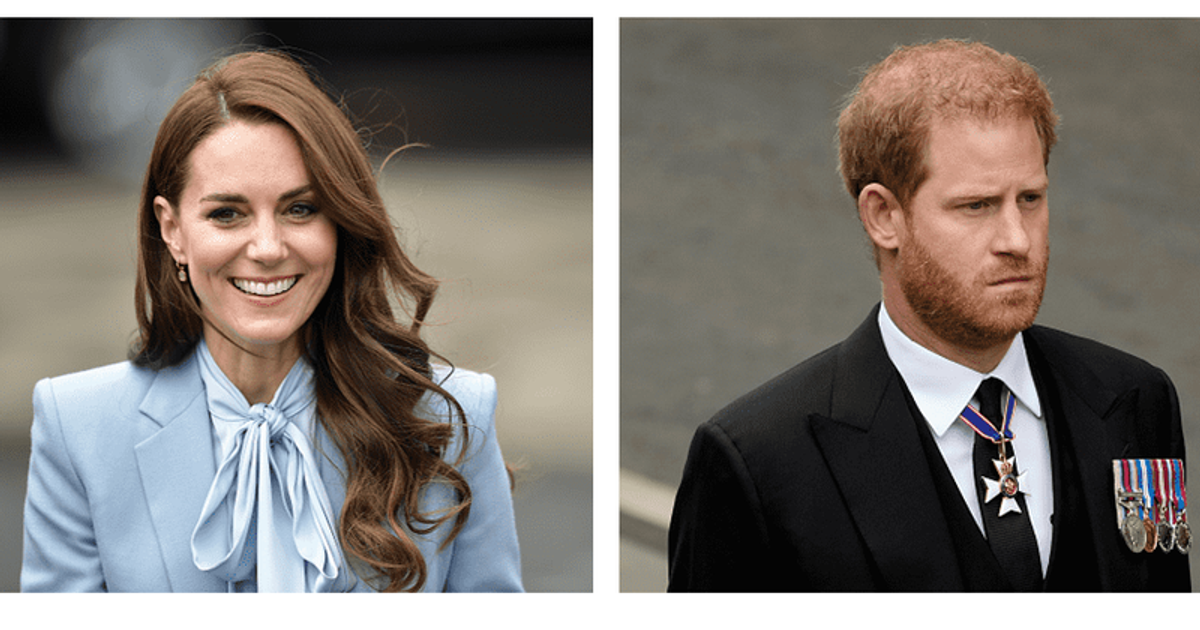 BIRKENHEAD, ENGLAND: Just two days after the release of Prince Harry’s explosive reveal film ‘Spare’, Kate Middleton appears to have taken a subtle stab at the Duke during a recent royal engagement. On Thursday January 12th, the Prince and Princess of Wales attended the Open Door charity in Birkenhead, England, which provides access to arts-based therapeutic support. During a conversation with a young man there, who spoke about how music has helped him as a tool to express his feelings, Middleton said, “Talk therapy doesn’t work for some people, it’s not for everyone.”

In his memoir, released on January 10, 2023, Harry spoke about his grief after the death of his mother, Princess Diana. He also came forward and told the world about his strained relationship with his brother Prince William. He even spoke about the importance of therapy and expressed his gratitude to the therapists who helped him along the way. “Spare” focuses on Prince Harry’s life and his role as royal “spare” in the shadow of his older brother, the heir apparent to the British throne.

‘Were you hurt by comments in Harry’s book?’: Video shows Prince William being asked about his brother’s memoir

During their visit, the Prince and Princess of Wales met up with four teenagers who are taking part in the charity’s Oomoo programme, which offers activities around the arts. As quoted by People magazine, Middleton asked a young man, “Did producing music and attending these workshops help?” Has it helped you in your personal life?”

To which the young man replied, “It’s good for me to have this music as a tool to express my feelings through something I enjoy. Producing music and expressing what you feel is better than saying it in a clinical atmosphere. I can put it into words. That was hard to explain!”

To which Kate replied, “Talk therapies don’t work for some people, they’re not for everyone,” she added, “it’s so important to have a range of therapies.”

Speaking further about the stigma surrounding mental health, she said: “Everyone is talking about mental health a lot more. There were often negative connotations around him. But if we convey that there are these more positive spaces and experiences out there, then we change how we talk about them.”

Dan, who works on the Oomoo program, told People they gave the royal couple their album to listen to, which they would DJ in the car. Adding that the pair are “really knowledgeable,” Dan added, “You could tell they were really knowledgeable. You could say that especially to Kate. It would have been easy for them to come in and not have researched and not known about it But it showed just how much they know mental health is a problem and how they know there isn’t just one way to solve it, and how interested they are in finding out how people are helping other people and what they can do to make this a bigger problem nationwide. They definitely really care.