‘Take off his tinfoil hat so he can see’: Tim McGraw brutally trolled after falling off stage at a concert in Arizona 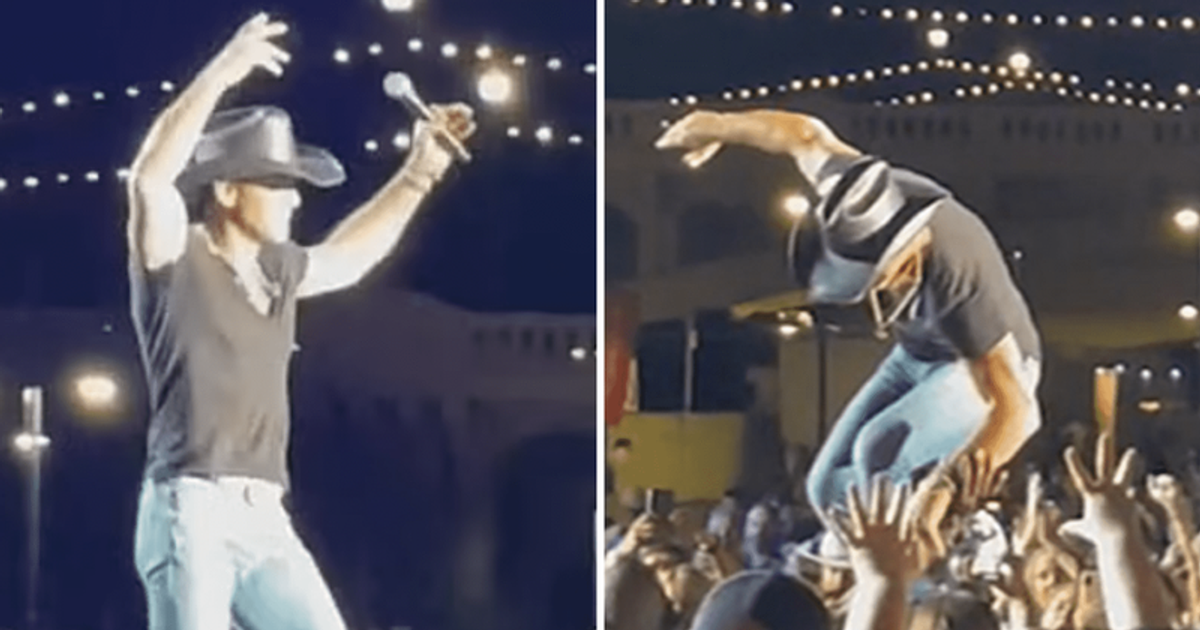 Tim McGraw was seen in a t-shirt, skinny jeans and his usual cowboy hat while performing at Boots in the Park on Saturday September 17th

TEMPE, ARIZONA: A day after Post Malone suffered a nasty fall onstage in St. Louis, Missouri, popular country music singer Tim McGraw also worried fans when he tripped offstage at a concert. The Louisian native’s photos went viral on social media, where he can be seen falling off the stage after losing his balance.

Tim McGraw was spotted wearing a t-shirt, skinny jeans and his usual cowboy hat at the Boots in the Park event on Saturday, September 17, 2022, when the incident occurred. At a concert in Arizona, the singer tried to get up but couldn’t get up due to his tight-fitting jeans. The country singer ended up falling backwards off the stage despite trying to regain his balance.

‘Too much work done’: Faith Hill looks ‘unrecognizable’ on the People cover with Tim McGraw

The viral images of McGraw falling off the stage were shared by a TikTok user, the Daily Mail reported. In the photos, McGraw lunged toward the audience. Security forces quickly came to his rescue as the crooner then greeted his fans around the barricade. Social media users were quick to react to McGraw’s fall on stage.

The news comes a day after Post Malone sustained injuries at his concert. The award-winning singer injured his rib while being escorted off stage by paramedics later. A total pro, the singer returned to the stage after 15 minutes to wrap up the show. Addressing the fall, Malone said, “St. Louis, I’m so damn sorry I ruined the show tonight, ladies and gentlemen.” He continued, “I promise next time I come over I won’t fucking ruin your night; I’m sorry for that. That being said, I want to thank you for your patience and I’m sorry,” before finally stating, “There was a big hole in the middle of the stage that I just busted my ass in,” as reported by Pitchfork.

Tim McGraw falls off the stage during the concert

Another tweeted, “Tell him to take off his tinfoil hat so he can see.” Meanwhile, another added, “Post Malone’s was way better!” One user claimed, “I could only think of why Malone didn’t post like that And another added, “Kind of looks like he did it on purpose.”