‘Take it off her!’ The internet was furious that Kim Kardashian now owns Princess Diana’s iconic necklace 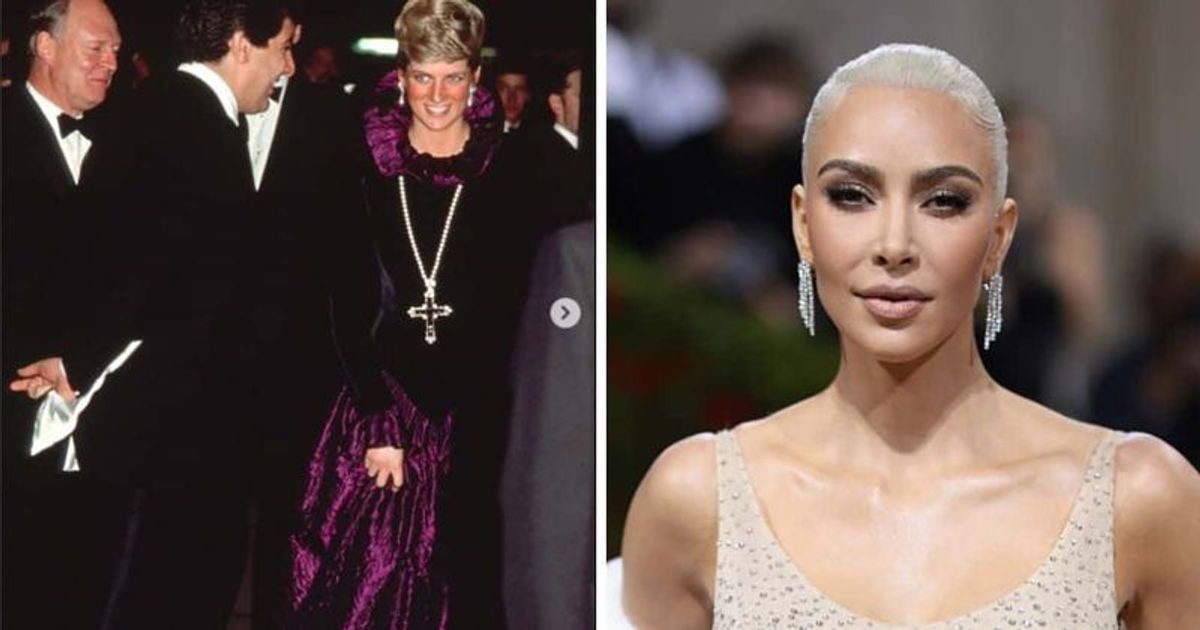 CALABASAS, CALIFORNIA: Kim Kardashian’s jewelry collection just got a major upgrade. The reality star recently bought a famous diamond cross necklace that used to belong to Princess Diana. Known as the Attalah Cross, Diana donned the magnificent necklace at a charity banquet in London in 1987 to complement her purple dress. The then Princess of Wales was able to borrow the piece from the Garrard jewelery company for the occasion.

According to TMZ, Kim has a penchant for owning vintage jewelry, including certain items owned by Elizabeth Taylor and Jackie O, among others. Sources said Kim won the necklace at Sotheby’s on Wednesday, January 18 for $197,453.

This isn’t the first time Kim has worn or bought something owned by a celebrity. Recall that she once wore Marilyn Monroe’s rhinestone-encrusted Happy Birthday Mr President dress to the 2022 Met Gala. The dress was reportedly one of the most expensive dresses in the world.

Kim was slammed for her choice of dress. Rumors soon circulated that she had damaged the dress. At the time, one person tweeted, “She ruined the dress,” while another user wrote, “The question is, why would someone let Kim K. wear Marilyn’s dress?”

However, Ripley’s, which owns the dress, said it was not damaged by her.

Ever since it was announced that Kim Kim had won the Attalah Cross bid, people have been voicing their opinions online. One Twitter user wrote, “She will start cosplaying Diana now,” while another wrote, “Someone please protect our artifacts from Kris Jenner’s manicured paws.”

Another person wrote, “Can she literally leave dead people’s things alone????” while another chimed in, “She can buy many things from iconic figures but she will never be an icon.” Another user wrote: “Kim K collects the belongings of iconic dead women like she’s a grave robber, we’re so tired…”

It doesn’t stop there, as another person wrote, “She just knows how to piss off the locals and I choke every time.” Another said, “Take it off her.” One furious netizen tweeted, “She’s the only ‘celebrity’ obsessed with other celebrities.”