‘Survivor’ winner thanks ‘Survivor 41’ in a heartfelt letter 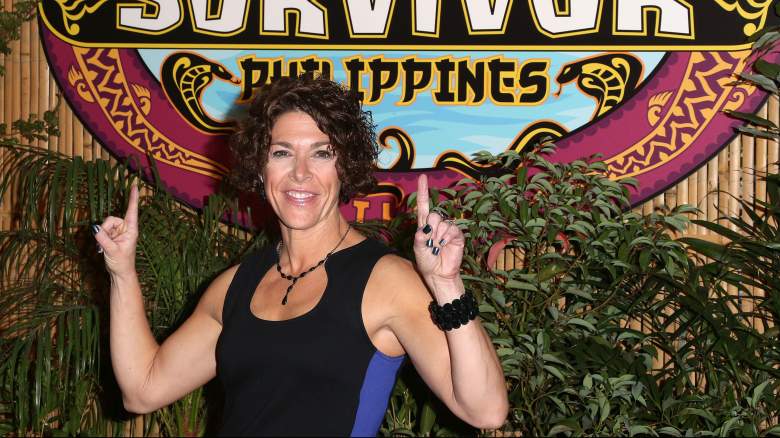 Denise Stapley, recently winner of Survivor: Philippines went to twitter recently to thank the candidates of “Survivor 41” for their participation in the current season in an “open letter”. Here’s what you need to know.

While most fans don’t really know what it’s like to experience the conditions on Survivor’s beaches, there are a select few like Denise who have seen it firsthand and know how challenging it is. In the open letter, she explained how difficult the conditions are in the Philippines: “The rain that we have experienced for days has been miserable. And the experience that comes with being constantly cold and wet with no end to the location was overwhelming. ”It’s also worth noting that Denise experienced physical agony on day 36 of the season when she was with strong Neck pain woke up, pain presumably from an insect bite. This event was included in the episode.

She further stated that she experienced both physical and emotional agony during her time on the show. Although she said her follow-up season “Winners at War” was physically a “cake walk”, she came “emotionally exhausted … the depravity was completely different”.

Denise, who is a therapist, gave some advice to current and future participants in the show. She said that despite suffering, everyone who applied did so for a reason. And that during their time in the game:

She concluded with two important pieces of advice: first, that Survivor was just a game, and that “whatever the outcome… people on both sides of the island are going to suck… they will get over it… and if they don’t[,] it does not matter.”

Denise also said that her time on “Survivor” was over and that she would not be returning for a future season. However, she will “haaaaaapilly continue to watch” from THIS side of the screen. This connected with the essence of her letter which she said:

Although Denise didn’t specifically mention this cast, the love was clearly well received on both sides, and her heartfelt thanks also reflect the thoughts of the fans. A post on the show’s subreddit today expressed similar gratitude to the cast of this season, calling them “one of the best cast of all time I’ve seen,” and went on to list the positives of each castaway.

A popular comment read, “The cast makes this season worth watching for me,” perhaps referring to the under-noticed number of twists and turns and perks this season and the last. Another user said it was “really cool that there weren’t any duds this season. Gives me the Cagayan vibes that pretty much everyone is memorable, ”refers to season 28:“ Cagayan, ”which is widely considered to be one of the best casts in the show’s history.

The open letter, which has garnered over 1.3 thousand likes in about 24 hours, was warmly received by fans and participants alike, with “Survivor 41” candidate Tiffany Seely, who subsequently dropped out last week, replied: “That’s all!!! 🥰 so well said and accepted. “Candidate Evvie Jagoda, who is still in the game, also said:” I love that, thank you Denise 💜 “

Although Denise may not return to the Fijian beaches, the current season is nearing a dramatic finale. Make sure to tune in to “Survivor 41” on CBS Wednesdays at 8 p.m. ET to see how it goes.