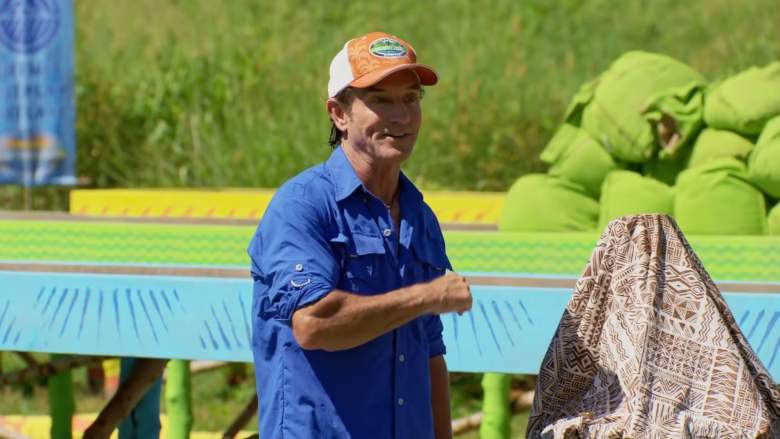 On the May 12 episode of Rob Has a Podcast, season 41 castaway Ricard Foye dropped a bombshell about the phrase “Do or Die.”

The infamous twist, first introduced in Season 41, returned in this week’s episode of Survivor.

Shipwrecked Lindsay Dolashewich fell victim to the controversial twist and was forced to gamble to decide her fate.

Luckily for Lindsay, the odds stood and her “survival” game never ended.

Ricard Foye has shared his thoughts on the twist on Rob’s podcast, possibly launching a “survivor” conspiracy theory.

Season 41 contestant Deshawn Radden was the first castaway to participate in the Do or Die game.

Like Lindsay, Deshawn was presented with three boxes, two containing a skull symbol and one containing a flame symbol.

The castaways had to choose one of the boxes without knowing what symbol was inside. If they chose a skull chest, their game was up, but they were safe if they chose the flame chest.

The do-or-die game currently has a 100 percent success rate. Both Deshawn and Lindsay chose the flame box. The success rate may seem odd, given that there is only a 33 percent chance of picking the right box.

On Thursday’s episode of “Rob Has a Podcast,” Ricard Foye revealed a behind-the-scenes secret about the twist that has left fans wondering if the game is rigged.

Ricard told Rob that something “strange” happened when Deshawn was playing the “Do or Die” game.

Ricard revealed that Deshawn selected the box, which Jeff referred to as “fire,” and made his way to safety.

The Washington native told Rob he watched the screen closely during this week’s tribal council to see if Jeff was repeating the hand gestures.

“He did the same thing with his hands, but the camera angles were very different, so I don’t know what really happened,” Ricard told Rob. “But the person was safe and I don’t know.”

The Season 41 alum told listeners that he’s not trying to cause controversy or cast doubt on the game’s integrity.

Rob Cesternino chimed in, suggesting that Jeff might be giving subliminal clues to the correct box.

“It might be subliminal,” Rob said. “He has to learn by heart [which box is which], so he doesn’t open the wrong one. It might not even be something he’s trying to do on purpose, but it’s wild.”

Ricard also shared his thoughts on the twist and whether he thinks it’s fair.

Ricard went on to say that while the twist has flaws, ultimately he has no problem with the twist.

“[Jeff Probst] gives us enough warning. He tells us what’s at stake,” he said. “I feel like I have enough information to make a decision. Whether I do the right thing or the wrong thing is up to me. I actually think it’s okay.”