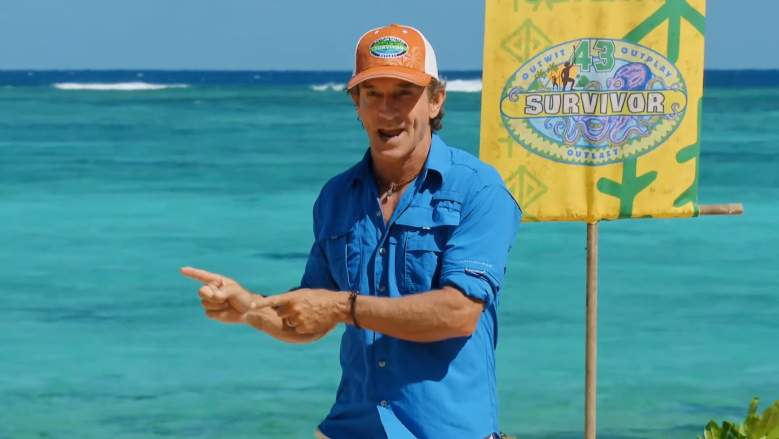 Episode four of “Survivor 43” airs tonight at 8 p.m. ET on CBS and Paramount Plus. Last week, Nneka Ejere became the third person voted out of Survivor after the Vesi tribe lost their second immunity challenge of the season.

In tonight’s episode, viewers can expect an immunity challenge, a new perk, and a Tribal Council elimination.

So what will the new perk be? Jeff Probst teased about tonight’s groundbreaking twist in a sneak peek posted on the official Survivor YouTube page.

In the Oct. 11 preview, Probst told the 15 remaining castaways that the tribe that wins the Reward Challenge not only gets ten fresh fish, but a benefit.

He told the players that the victorious tribe gets to steal an item from another tribe’s camp. The victorious tribe should think carefully about which item they want to steal. Stealing an item gives the tribe more supplies, which could help them in the game. However, the robbed tribe can be bitter towards the castaways who stole from them, which could put a target on their backs, especially after the merger.

The victorious tribe must use the advantage carefully to ensure that the robbed tribe does not deprive them of the raid.

Survivor fans fled to the comments section to share their thoughts on the reward benefit.

“Finally! Mugged [the] Another tribe for supplies is back,” commented one fan. “I don’t think anyone will top Sandra’s raiding performance in the Pearl Islands, but I’m looking forward to it [seeing the] last version!”

“Omg take the hat,” added a third user, referring to castaway Cody Assenmacher’s hat, which was woven with the beads of his fellow Vesi tribesmen. Cody used the hat as a clever tool to get his fellow tribesmen to lend him their Survivor beads so he could activate the caution perk and get his vote back.

It’s no secret that the Vesi tribe is in trouble. They lost two challenges in a row and have yet to make a successful fire.

In a preview of Episode 4, the Vesi tribe expressed frustration at where they are in the game.

“Oh my god,” Dwight replied. “Have we, as a tribe, gone the longest without fire?”

In a confessional, Cody went into detail about the dire situation in the Vesi camp.

“We have no flint, no food, no fire, and we’ve lost two challenges in a row,” he said.

“We’re the last,” he continued. “It’s crunch time. We need to kick some ass and get back on track.”

We’ll have to wait and see if the Vesi tribe has better luck with challenges in tonight’s episode of Survivor 43.