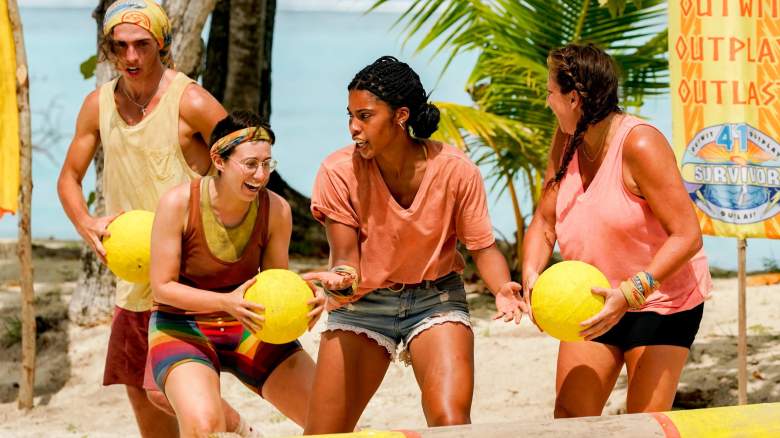 It’s time for the next episode of “Survivor 41”. It’s titled “They hate me because they’re not me,” and I can’t wait to find out which shipwrecked man is uttering the episode’s title sentence this week because that’s hilarious.

Follow below with our live blog while the fifth castaway is eliminated from “Survivor 41”, however be warned of spoilers.

DO NOT READ MORE IF YOU DO NOT WANT TO BE PAMPERED.

8:05 – At Ua, genius wavers after Brad’s fall and she now knows she’s down because she didn’t know how to vote Brad out. To regain Genie’s trust, Shantel outed Brad’s advantage, telling Genie that Genie wasn’t Brad’s number 1. Wow. This is a bold move, especially since JD wants his advantage back as he wonders how much Shan is telling him.

8:10 – It’s the first reward challenge. You have to throw and catch a ball through a trap and then land each of the four balls on a pole. The winning tribe gets a Fijian expert, while the second tribe gets a fish. Luvu exposes Naseer and Erika, but it turns out Heather was her weak link because she’s SO BAD at it. The other tribes absolutely smoke them. Even if she manages to land the ball in the slide, she cannot traverse the course fast enough to catch her ball. Then Ua wins and Yase comes in second, while Heather is still on the first stage. Uff.

8:15 – However, after the challenge, Heather collapses in a heap and cries her eyes out because she’s lost, because she feels so horrible. In one remarkable show, her tribe gathers around her and the other tribes cheer for the fact that she never gave up. Jeff Probst even says it’s moments like these that keep him coming back on the show. It is really a beautiful moment.